The first NOSAMS accelerator was installed in 1989 and commissioned in 1992 at the Woods Hole Oceanographic Institution in Massachusetts. Accelerator mass spectrometry, or AMS, is a method of radiocarbon analysis where atoms of 14C contained in a sample are directly counted.

The system is over 9 meters long and consists of a 2.5 million volt tandem (two-stage) accelerator, sandwiched between a low-energy mass spectrometer to the left and a high-energy mass spectrometer to the right. It was originally configured with a GIC-860 ion source and a recombinator injector, but was upgraded in 2014 with a NEC MCSNICS ion source and a sequential or "bounced" injection system.

The second CFAMS instrument was built and commissioned in 2006-2007. It is constructed around a 500kV compact pelletron accelerator. A bounced injection system with a modified SNICS solid sputter ion source as well as a microwave gas ion source are drawn on the left, and the high energy mass spectrometer and particle detection system is on the right. 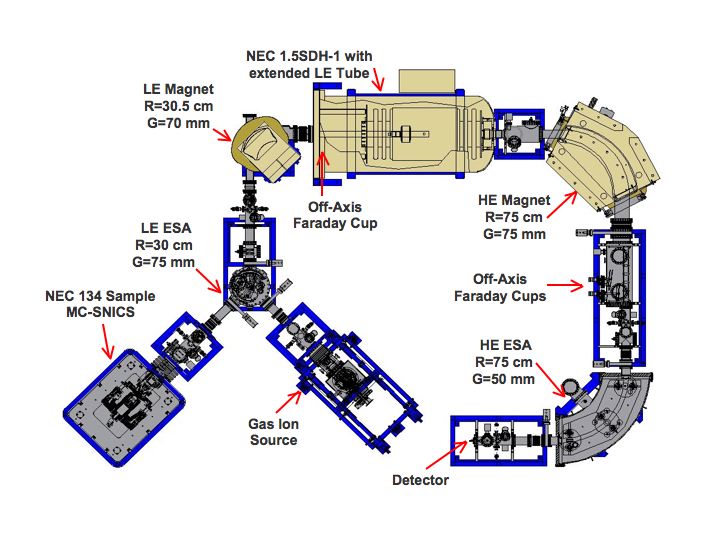