The ALAMO program seeks to develop an air-deployed profiling ocean float capable of making sustained measurements of upper ocean temperature and salinity.  The program builds on the successful use of profiling float technology currently deployed in the global fleet of Argo floats.

Profiling floats contain a buoyancy engine that propels the float up and down in the water column.  Sensors on the float measure temperature and pressure as the float ascends, recording a profile of ocean temperature.  When the float reaches the surface, an antenna extends above the waterline to make contact with satellites in order to determine location and to send data back to shore. A key feature of the ALAMO program is miniaturization of all the components in order to reduce the overall size of the instrument to dimensions, which can be deployed via a Sonobuoy-A size tube on aircraft.  Capability for aircraft deployment provides for rapid-response deployments necessary for studying hurricanes and other storms.  Rather than mustering a slow moving ship, air-deployable floats can utilize Hurricane Hunter type aircraft to seed large numbers of instruments in and around developing hurricanes.  Unlike other sampling methods, which observe only one profile, a profiling float will linger in the area long after the plane has gone, continuing to make measurements and reporting the data back via satellite.  The current generation of ALAMO floats is capable of making ocean observations from 1 to 6 months, depending on sampling rate and depth of profile. 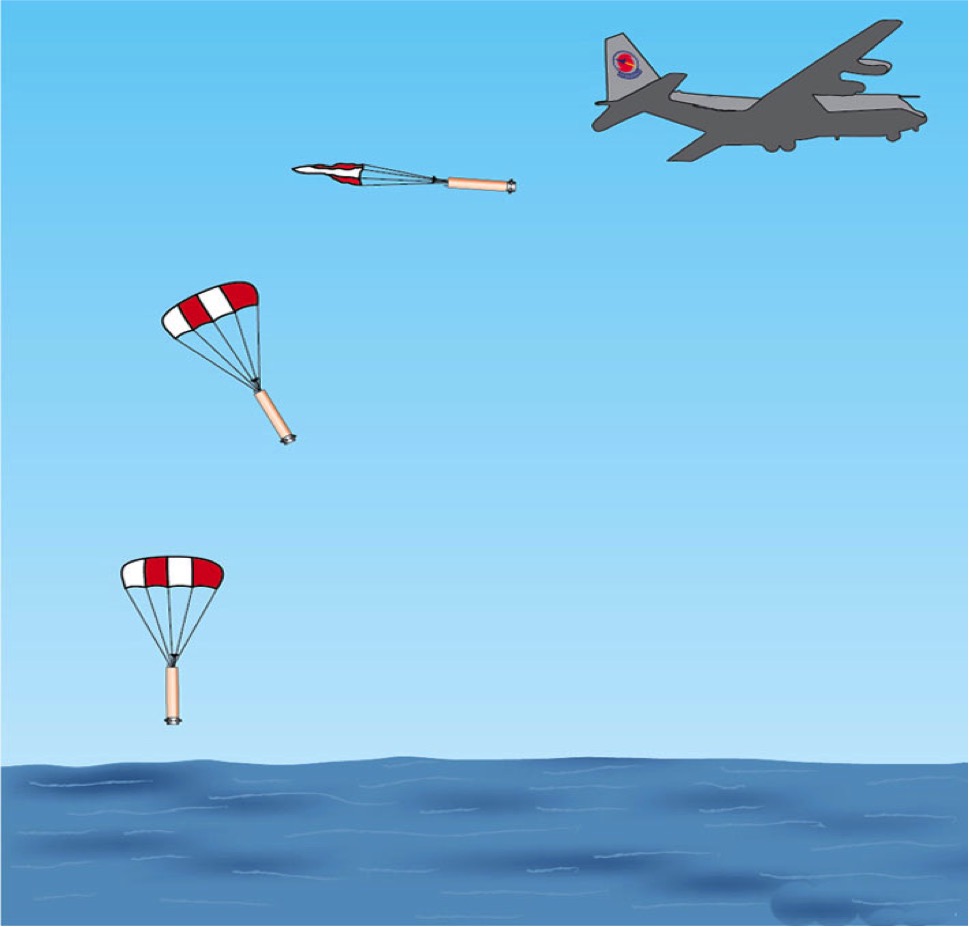 The National Ocean and Atmospheric Administration and the Office of Naval Research are funding this research.

This is a joint project with the US Naval Academy, US Air Force Reserve 53rd Weather Reconnaissance Squadron, MRV Systems and PMEL.