The Argo observational network consists of a fleet of 3000+ profiling autonomous floats deployed by about a dozen teams worldwide. WHOI has built about 10% of the global fleet. The mission lifetime of each float is about 4 years. During a typical mission, each float reports a profile of the upper ocean every 10 days.

The sensors onboard record fundamental physical properties of the ocean: temperature and conductivity (a measure of salinity) as a function of pressure. The depth range of the observed profile depends on the local stratification and the float’s mechanical ability to adjust it’s buoyancy. The majority of Argo floats report profiles between 1-2 km depth. At each surfacing, measurements of temperature and salinity are relayed back to shore via satellite. Telemetry is usually received every 10 days, but floats at high-latitudes which are iced-over accumulate their data and transmit the entire record the next time satellite contact is established. With current battery technology, the best performing floats last 6+ years and record over 200 profiles.

In 2014 the first two Deep Argo floats were deployed in the Southwest Pacific.  These floats can go from the surface to a depth of 6 km.  The floats are paired with a new sensor system that combines measurements of temperature, salinity, and pressure.  This will provide us with a better understanding of the deep ocean.

Mission profile: Argo floats measure and transmit the basic physical state of the upper ocean wherever deployed. The floats asend or descend in the ocean due to mechanical change in bouyancy. Electronic sensors at the leading tip of the float record profiles of temperature and conductivity. At each surfacing, recorded data is transmitted shore-side via satellite. 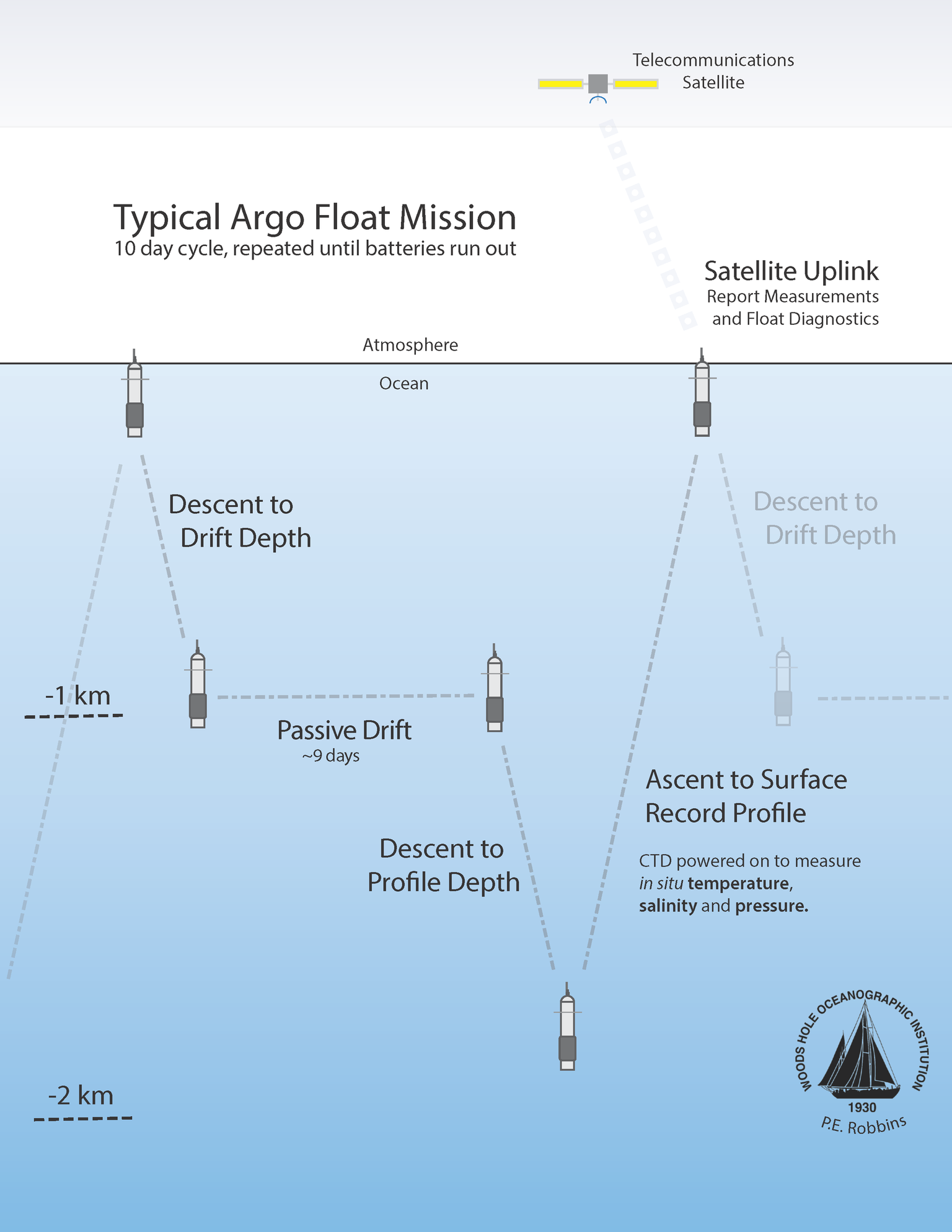 The National Ocean and Atmospheric Administration funded this research.

This is a joint project with the National Oceanic and Atmospheric Administration, Atlantic Oceanographic & Meteorological Laboratory - Physical Oceanography Division, and the International Argo Programme.