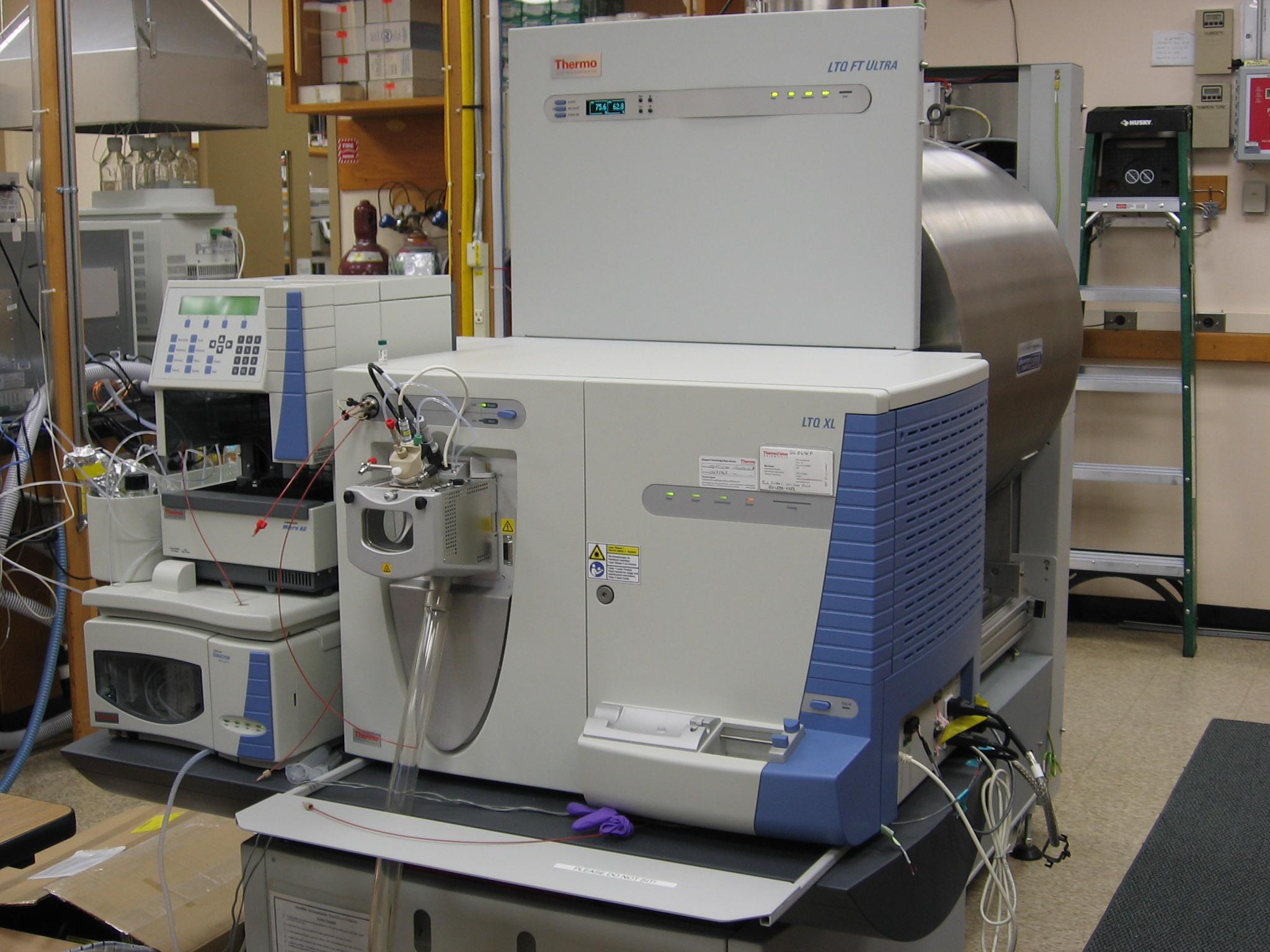 The cornerstone of the facility is a 7 T Fourier-transform ion cyclotron resonance mass spectrometer (FT-ICR MS) from Thermo Scientific (LTQ FT Ultra hybrid mass spectrometer). The front-end of the instrument is a linear ion trap mass spectrometer (LTQ MS) which serves as the ion accumulation site for ultra high resolution analysis in the ICR cell. The mass range for the instrument is 50-2000 m/z; though in practice, only a portion of this mass range is analyzed at any one time. The FT-ICR MS provides ultra high resolution and high mass accuracy for ions within complex samples, i.e., <1 ppm mass accuracy or + 0.0001 Da at 400 Da. A liquid chromatography interface, UV-Vis detector, versatile atmospheric ionization sources, and multiple MS fragmentation options (see below) provide optimum flexibility in the characterization of a broad range of environmental samples. 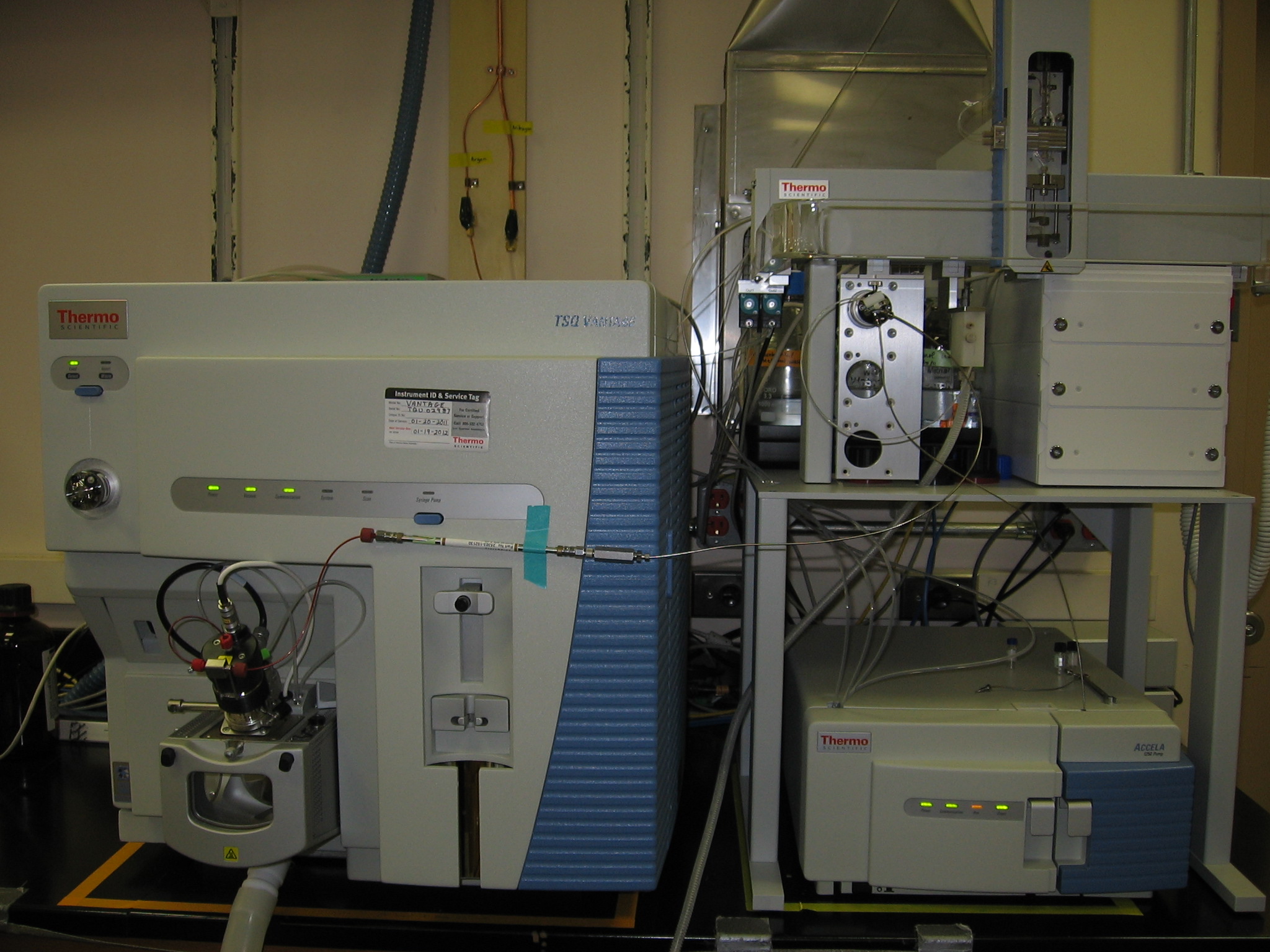 Five different ionization sources are available for use with the mass spectrometers:

The micro-ESI source is used for direct infusion of sample and for introduction of HPLC effluent. Nano-ESI is ideal for small sample quantities and low-flow HPLC effluents. These low flow rates have been shown to enhance separation in complex mixtures and reduce solvent introduction into the mass spectrometer. The nano-ESI probe has two components - a static nano-spray probe for small samples with no HPLC pre-separation and a dynamic nano-spray probe for samples that require HPLC pre-separation. Both the micro-ESI and nano-ESI sources can be used to examine polar macromolecules, such as specific components of organic matter or protein samples. The APCI source can be used for those studies that require analysis of semi-volatile compounds such as petroleum products. The atmospheric-pressure MALDI source can be used for analysis of large non-volatile macromolecules.

An additional ionization system is available for analysis on the FT-ICR MS.  The TriVersa NanoMate™ from Advion Biosystems, Inc. acts as both a nanospray ionization source and a fraction collector. Samples can be introduced into the mass spectrometer directly from a 96-well plate in the NanoMate. Alternatively, samples can be separated with liquid chromatography and the effluent is split between the ionization source and the fraction collector. This allows repeat analysis of chromatographic fractions by direct nanospray infusion into the FT-ICR MS.