On November 7, 2007 the container ship Cosco Busan struck the Oakland Bay Bridge in a heavy fog.  The impact ruptured port fuel tanks #3 and #4 on the Cosco Busan which released approximately 53,500 gallons of heavy fuel oil known as “Bunker Fuel” into San Francisco Bay.  Forensic analysis performed in our laboratory indicated that the fuels in port tank #3 and port tank #4 were genetically different from one another and easily distinguishable using comprehensive two-dimensional gas chromatography (GC×GC).  Employing a “difference chromatogram” analysis technique, we were able to subtract the chromatograms produced for each fuel tank from one another, and look for areas where the difference chromatograms zero out and areas where the chromatograms show maxima (or large differences).  This technique is particularly useful for highlighting differences between samples which are essential for stream lining analytical approaches to study and quantify the contribution of Bunker Fuel product from each fuel tank released into the San Francisco Bay environment.  A peer reviewed manuscript written by Lemkau et al. about this work can be found in Marine Pollution Bulletin 2010 Volume 60 pages 2123-2129 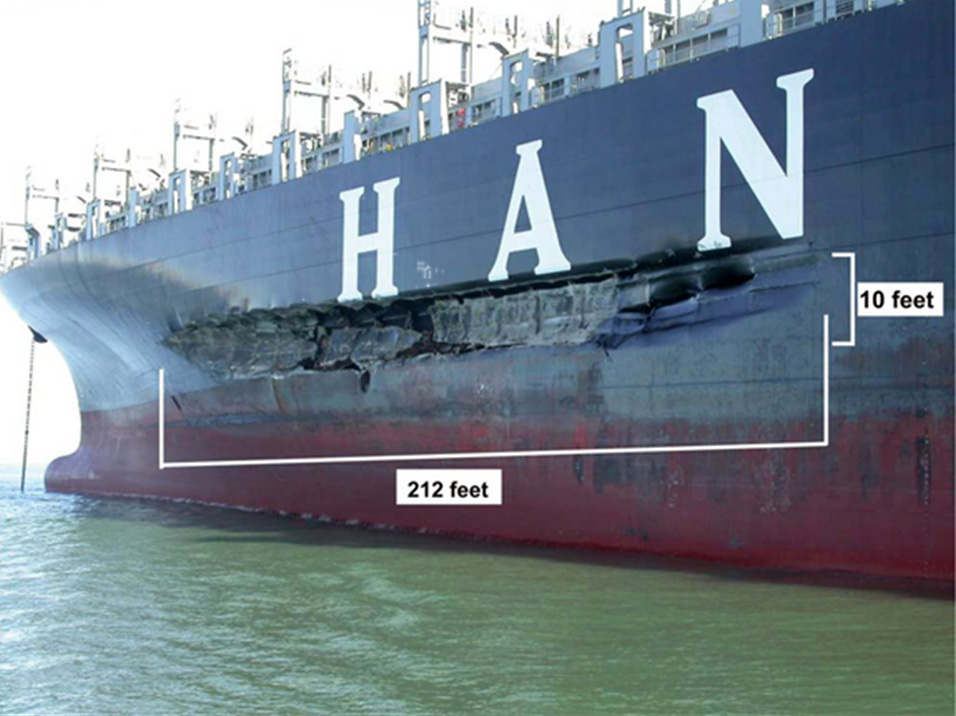 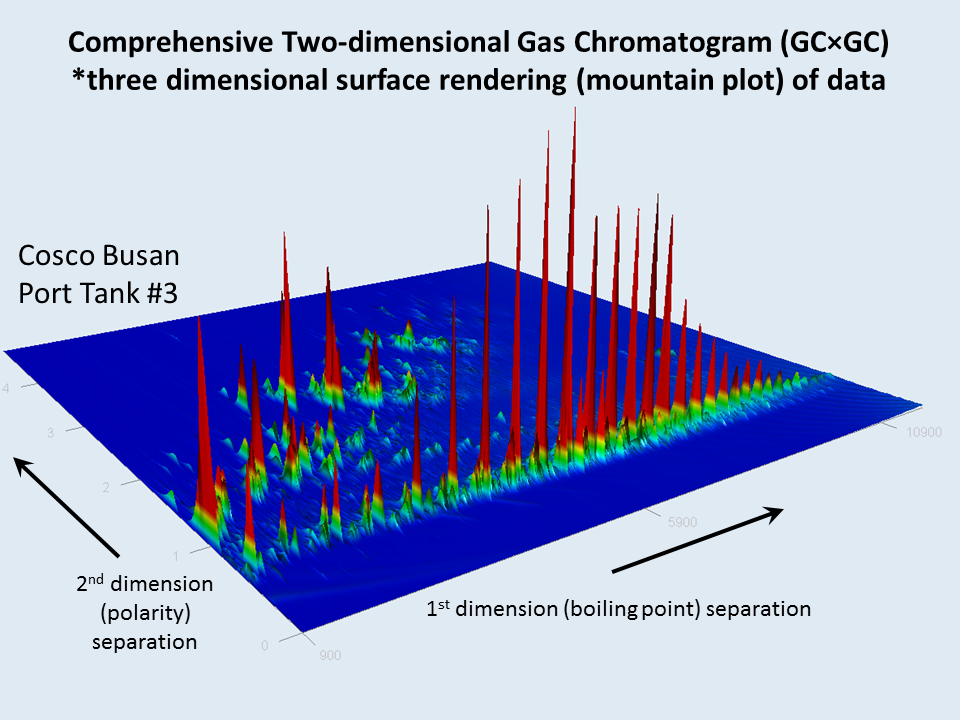 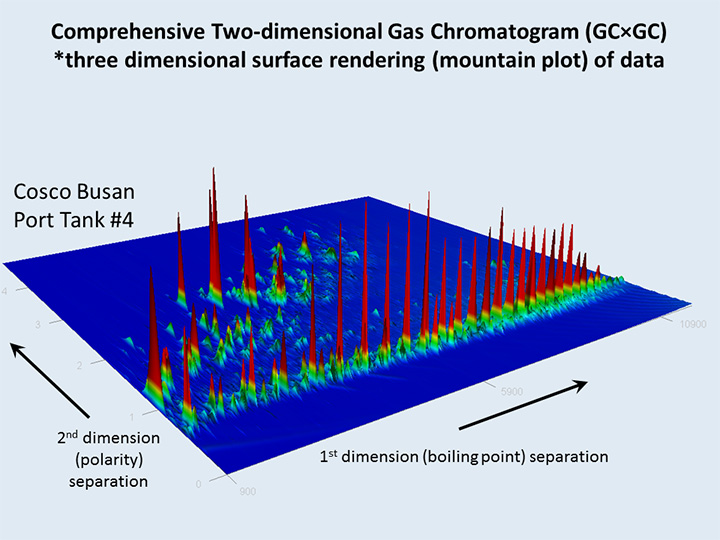 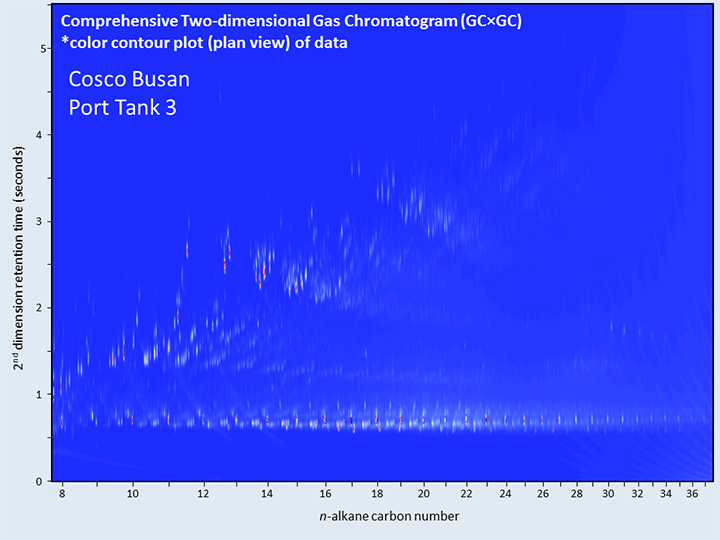 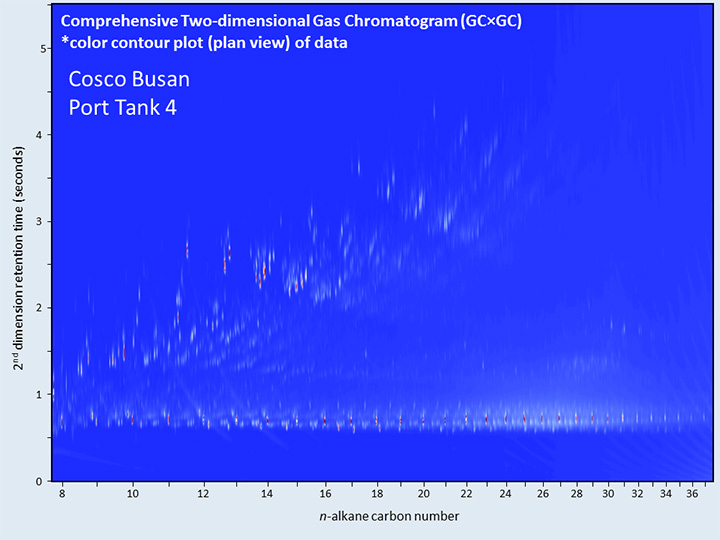 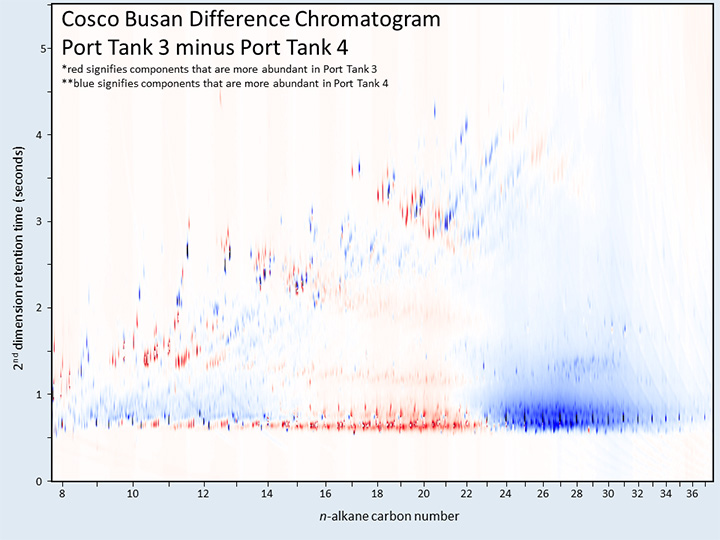 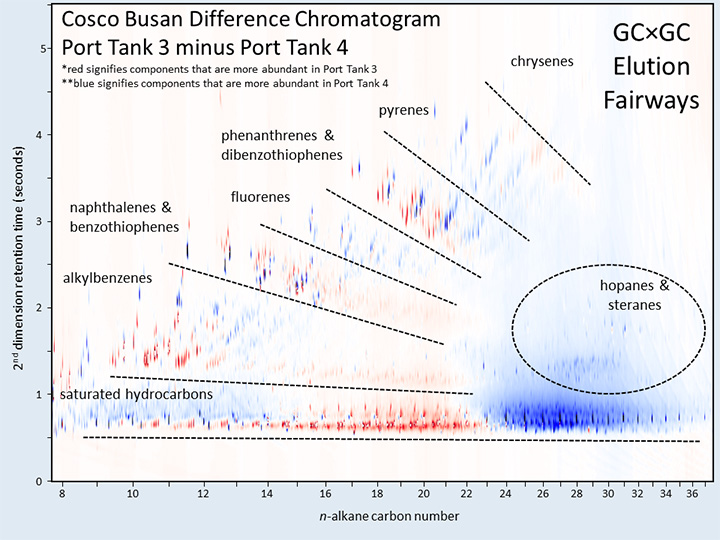