The Barry Noble Gas Laboratory is equipped with a state-of-the-art Nu Instruments multi-collector Noblesse HR mass spectrometer. The Noblesse HR has a unique zoom optics system that allows for instantaneous switching between different isotope sets. The zoom optics permit the detectors to be fixed, greatly enhancing reliability. The sensitivity and resolving power are also adjusted without the complexity of a movable source slit. 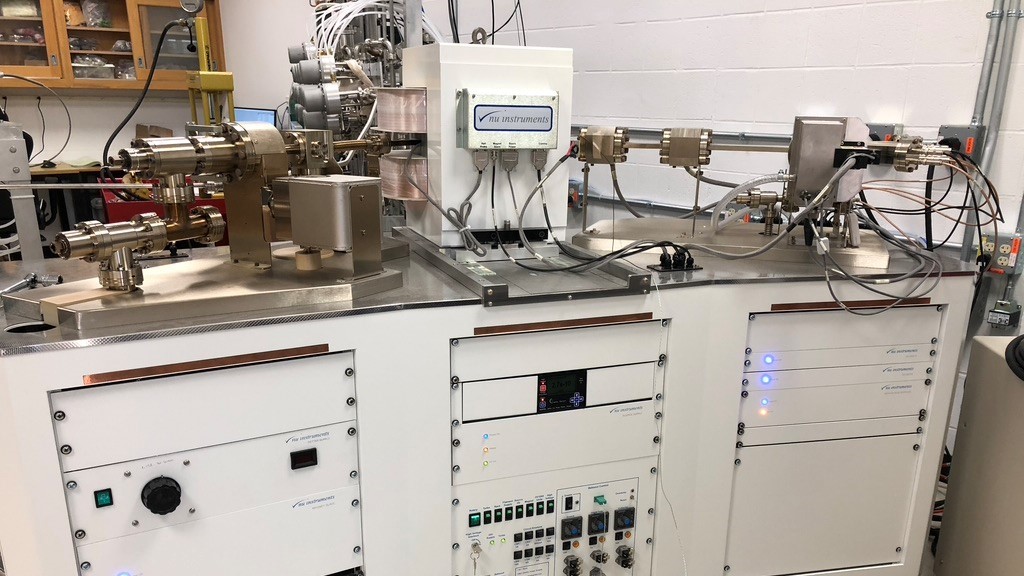 The Nu Noblesse HR mass spectrometer is interfaced to a noble gas processing and purification inlet system, which allow for full cryogenic separation and purification of the noble gases prior to inlet into the mass spectrometer. Reactive gases are chemically removed by exposing gases to a titanium sponge held at 800°C. The titanium sponge is cooled to room temperature in order to getter hydrogen before gases are expanded to a dual hot (SAES GP-50) and cold (SAES NP-10) getter system, held at 250°C and room temperature, respectively. A small aliquot of gases is segregated for preliminary analysis on a quadrupole mass spectrometer. Purified gases are then cryogenically separated and inlet into the Noblesse. This unique setup has the ability to determine the isotope ratios of all 26 stable noble gases, with mass separation between all carbon-based interferences to Ar, and the 40Ar++ interference to 20Ne+. 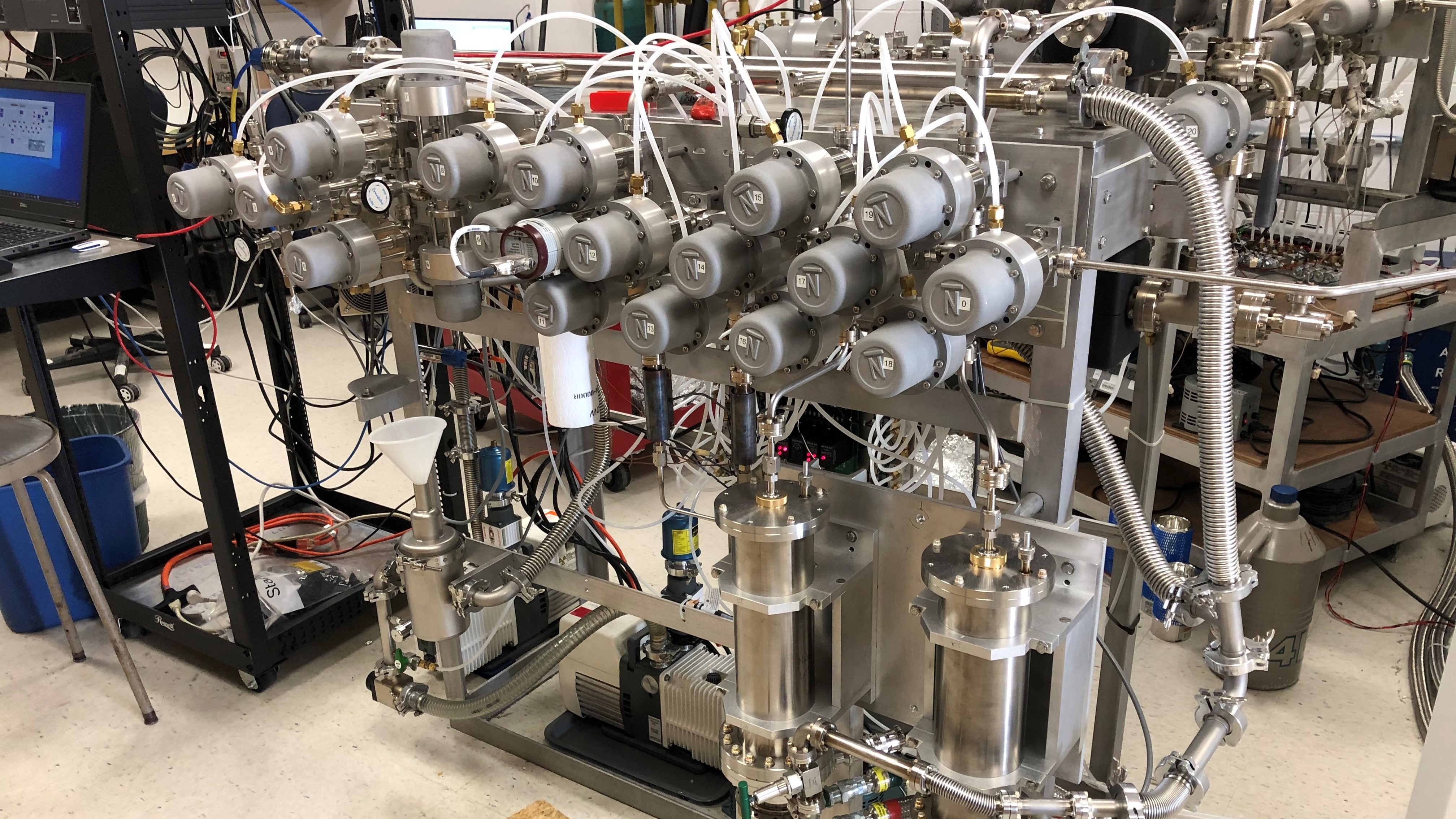 The Nu Noblesse HR mass spectrometer is also interfaced with a dedicated N isotope extraction and purification vacuum line, which is constructed of stainless steel, with the exception of three Pyrex glass cold fingers which are used to prevent any potential nitrogen gas adsorption. Upon inlet, CO2 is cryogenically separated using liquid nitrogen on a series of cold fingers and then a small aliquot of gases is separated for preliminary analysis on a quadrupole mass spectrometer. Gases are further purified using oxygen, which is generated using a copper‐oxide furnace (CuO) in the presence of a platinum‐foil catalyst (Pt). Double‐walled quartz glass tubes are used to house both the CuO and Pt fingers to accommodate operating temperatures of nearly 1000°C. Measurements are simultaneously made at masses 28, 29 and 30 and the 28/29 ratio can be calculated. CO corrections can be accomplished using mass 30 to monitor CO interferences, leading to substantial improvements in reproducibility and the overall accuracy of results when the contribution of CO is significant. 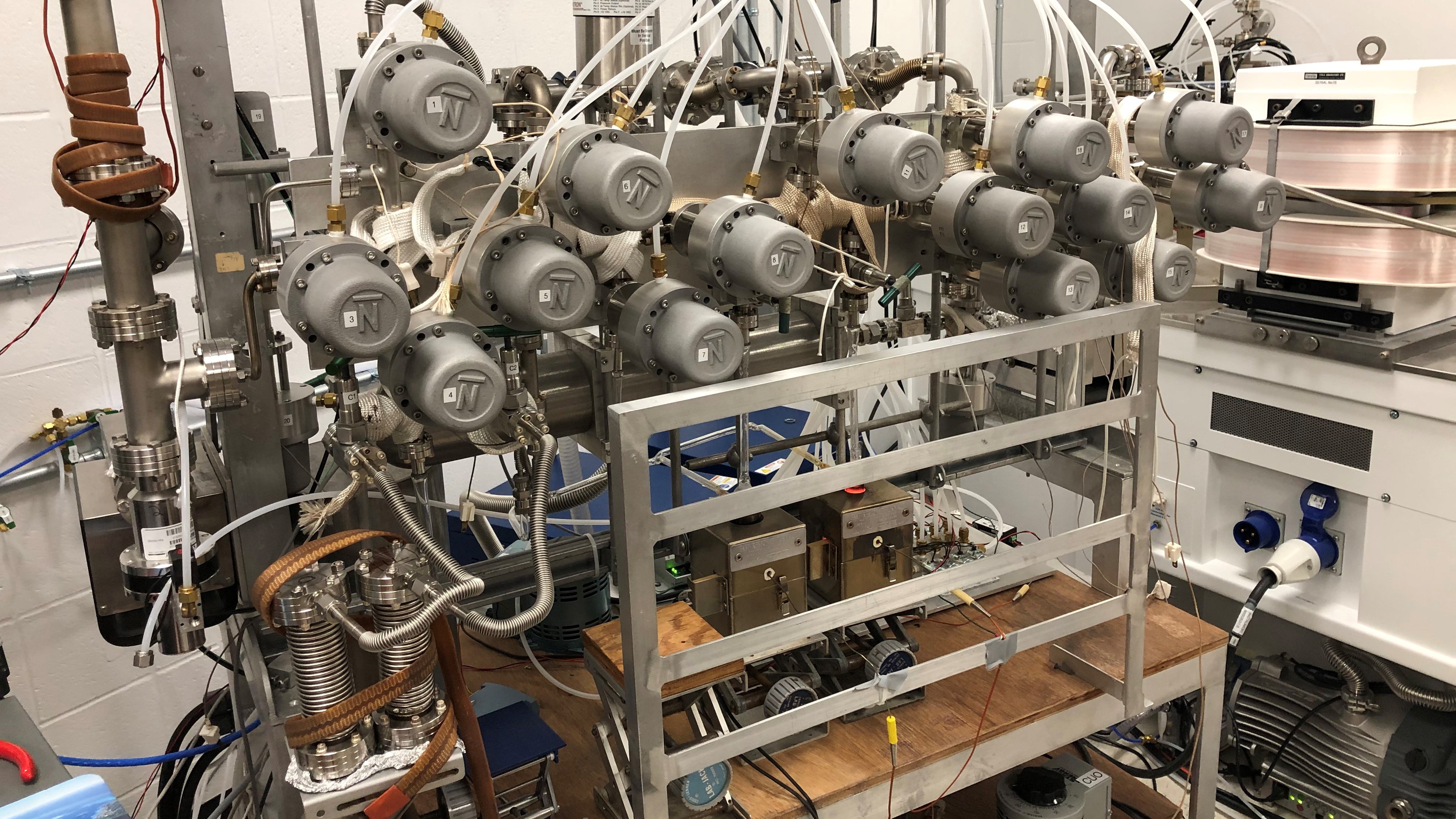