The dichotomy between fully autonomous underwater robots and robots controlled directly by humans is rapidly disappearing. Remotely operated vehicles, which are traditionally controlled manually by a pilot, are becoming more automated. Untethered autonomous vehicles now include increasingly reliable and capable acoustic communications links that enable experts on the
surface to use data from the vehicle to reprogram missions on-the-fly. Following a recent demonstration of high-rate, short-range, through-water optical communications to control an untethered ROV in real time, WHOI scientists are currently engaged in research to determine how best to combine automation with human knowledge and skill to improve vehicle capabilities.

The concept of co-robotics recently emerged to describe robots that work side-by-side with people. WHOI scientists are extending this to include robots working with teams of humans on nearby support vessels and linked via the Internet. This effort will combine concepts from systems engineering, human factors, and social science methodologies to explore the best ways to implement co-robotic control systems. Such systems will feature scalable autonomy, in which appropriate combinations of human and machine intelligence are engaged to enable dynamic, adaptive surveys. 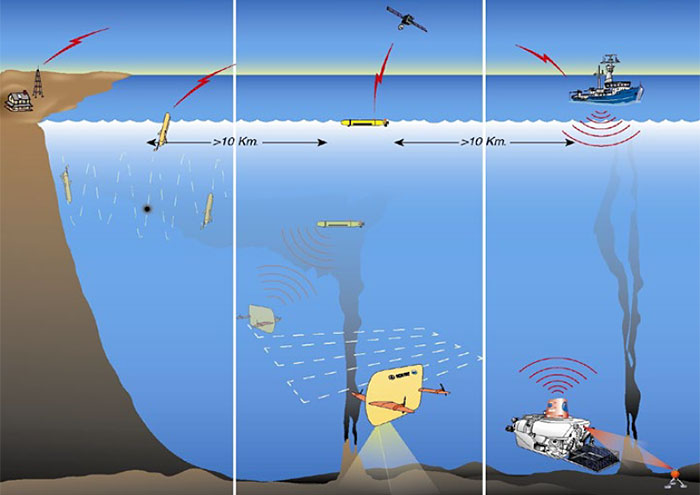