In May of 2019 #zoopgroup headed out to sea to try to figure out the daily cycle of a copepods metabolism. A bunch of my beloved people came along for the trip including Ann Tarrant from @whoi.ocean @amnopanic , @bee.widner and it was my first cruise with @hgossy in the lab! This week the first major paper from that expedition was published in JEMBE. The basic idea is the paper is that migrators in the region swim 500 m every day from food rich surface waters at night to colder deeper waters (with no phytoplankton) during the day. #DVM Historically scientists estimated that their metabolic rate – breathing and peeing and such – was the same throughout the day. Our new study shows that there are daily changes in their metabolic rate that show up in enzyme levels, but not at the animal level. One important finding was that these critters produce fecal pellets at depth (we suspected this before but now we have direct evidence – take a look at the photos), and we have evidence that they are eating and pooping at depth (again we suspected, but now know #poop! I know you want to see the pictures! Look below!). Secondly, the data about daily rhythms in enzyme activity is important because sometimes scientists use these enzymes to estimate community metabolic rate. The assumption was that the rate does not change within an animal but if it does change as much for other animals as our in study organism we need to rethink comparing day and night enzyme samples because they might be showing a more complicated pattern than previously thought. 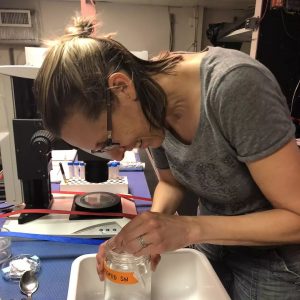 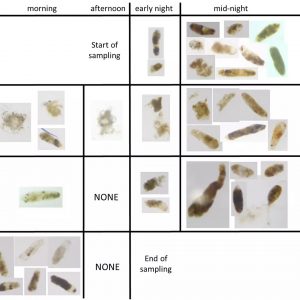 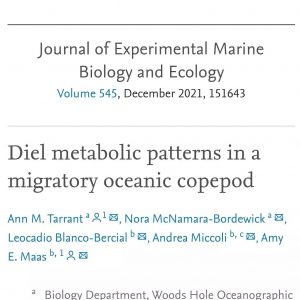