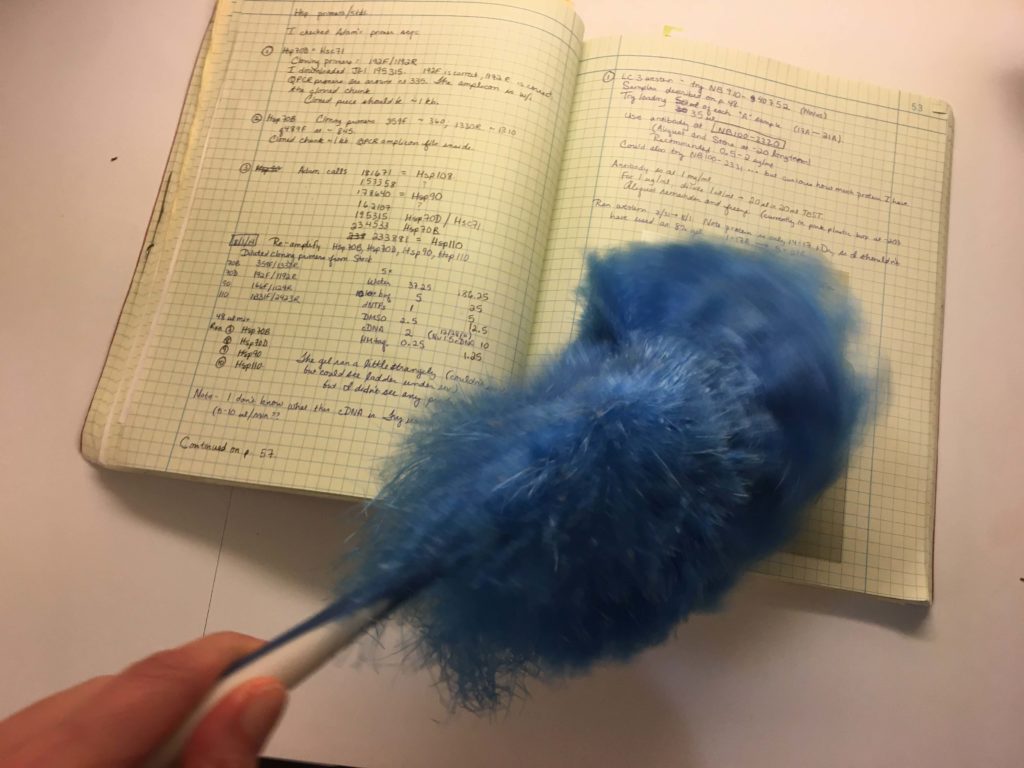 We recently published a pretty cool little paper (if I do say so myself), but it was a really long time in coming.

Scientists have a responsibility to share our data and communicate our findings . But pretty much every scientist I know has data coming out of his or her ears. The time and mental power to organize that data are limited and must be spent wisely. While we pursue the most promising research directions and fulfill ever-growing professional obligations, interesting and even important results can fall by the wayside. It’s sad and perhaps wasteful, but I haven’t found a solution to this problem. I have learned that it’s very satisfying to bring a bit of this buried data out into the light.

Our study focused on a small, blob-like animal called Trichoplax that sits in a fascinating position in evolutionary history. They are “primitive” animals in the sense that their ancestors diverged from ours shortly after the origin of multicellular animals (~600 million years ago). In Trichoplax, we studied a protein called RXR, that is also found in humans and many other animals. In humans, RXR helps to regulate development and metabolism. The human form of RXR can bind to and be activated by specific hormonal compounds, and in response, it binds to highly specific stretches of DNA sequence and regulates the activity of nearby genes. We found that the RXR in Trichoplax is remarkably similar to the human form. Both forms can bind a form of retinoic acid (9-cis RA) and they can bind to nearly identical sets of DNA sequences. This implies that these key elements of RXR function arose very early in animal evolution and have remained virtually unchanged over hundreds of millions of years. Through studies like these, we can get a glimpse into the ancient roots of complex structures, like the human endocrine system.

^^^ blah blah blah…yes I love science, but perhaps tiny blob-like animals and the genes they contain aren’t so enthralling to everyone. I really wanted to talk about how this story eventually got told.

Back in 2008 (10 years ago!!), Adam Reitzel was a postdoc in my brand-new lab, and we were interested in studying to origins of endocrine signaling and nuclear receptor proteins (like RXR). Andreas Heyland offered to send us some Trichoplax, and we jumped at the chance. We brought the critters into the lab, isolated their genetic material, and were able to synthesize TrichoplaxRXR in a test tube. I did some quick experiments that showed Trichoplax RXR could bind 9-cis RA. Then we got distracted with all kinds of other exciting projects and my Trichoplax notebook got very dusty.

In 2011, Adam and I began corresponding with Dr. Frances Sladek and developed a collaboration. Her laboratory conducted the experiments demonstrating the highly conserved DNA-binding properties of the TrichoplaxRXR. We had hoped to get funding for a larger collaborative project but were unsuccessful. Without funding for continued work in this area, my attention turned elsewhere and these data sat and collected “electronic dust.”

In the intervening years, I was asked to serve as a guest editor for a special issue dedicated to the evolution of nuclear receptors for the Journal of Steroid Biochemistry and Molecular Biology. By 2017 the time seemed right, and the journal officially invited manuscripts on this topic. Adam (by now a tenured professor) and I both thought the opportunity was too good to pass up. Finally, we had the nudge we needed to dust off those lab books and write up our results. It would be easy, right? I mean the work was already done. We “just” had to write it up.

Enter my “office archaeology” phase: I dug through my old notebooks and computer files. I eventually found the experiment I had done to evaluate the retinoid binding. Wait…experiment? As in single experiment? As in pretty rough experiment without very many replicate samples? Surely I did more than that, right? Really? That’s it???!

That led to brief existential crisis #1…is it worth doing these experiments properly at this stage, or should I scrap the idea? With encouragement from Mark Hahn (who I consider a sort of “angel on my shoulder” in tough scientific decisions) I decided to roll up my sleeves and do the work.

Leading to my “freezer archaeology” phase: I found the necessary DNA plasmids, ordered some fresh chemicals and eventually completed the experiments, which properly confirmed the general results from my “preliminary study” (that kind of dodgy experiment I did back around 2009).

Around that time a paper was published by another group included studies of activation of the Trichoplax RXR by 9-cisRA. It was a huge surprising coincidence! We had been sitting on our data for so long, that we forgot that other groups might have similar ideas. This lead to brief existential crisis #2…was it still worth publishing our results? We decided that it was. Our study of DNA binding was still entirely new. In addition, we had used different methods to study RXR interactions with 9-cis RA. We had an opportunity to synthesize and compare our results with those from the recent study. We took a collective deep breath and moved onward.

From there, we were more-or-less golden. Adam and postdoc Jason Macrander conducted some new bioinformatic analyses, and we put the whole thing together. The manuscript was peer reviewed and has recently been published online. Phew! Lessons learned? I’m still not sure. The whole experience reminds me of a conversation I had at a conference many years ago. I was talking with a very new faculty member and her graduate student. They were describing their efforts to establish a presence in their field of research and suggested “leave nothing in the notebook!” as a motto (meaning write up and publish everything). I was impressed and inspired at the time, but I increasingly see that view as unrealistic. We need to pursue promising new directions and take advantage of emerging opportunities. There’s a balance between extracting every drop of knowledge from each effort and moving on to collect the lowest hanging fruit. Finding that balance is an art, and I’m still a journeyman in the trade.