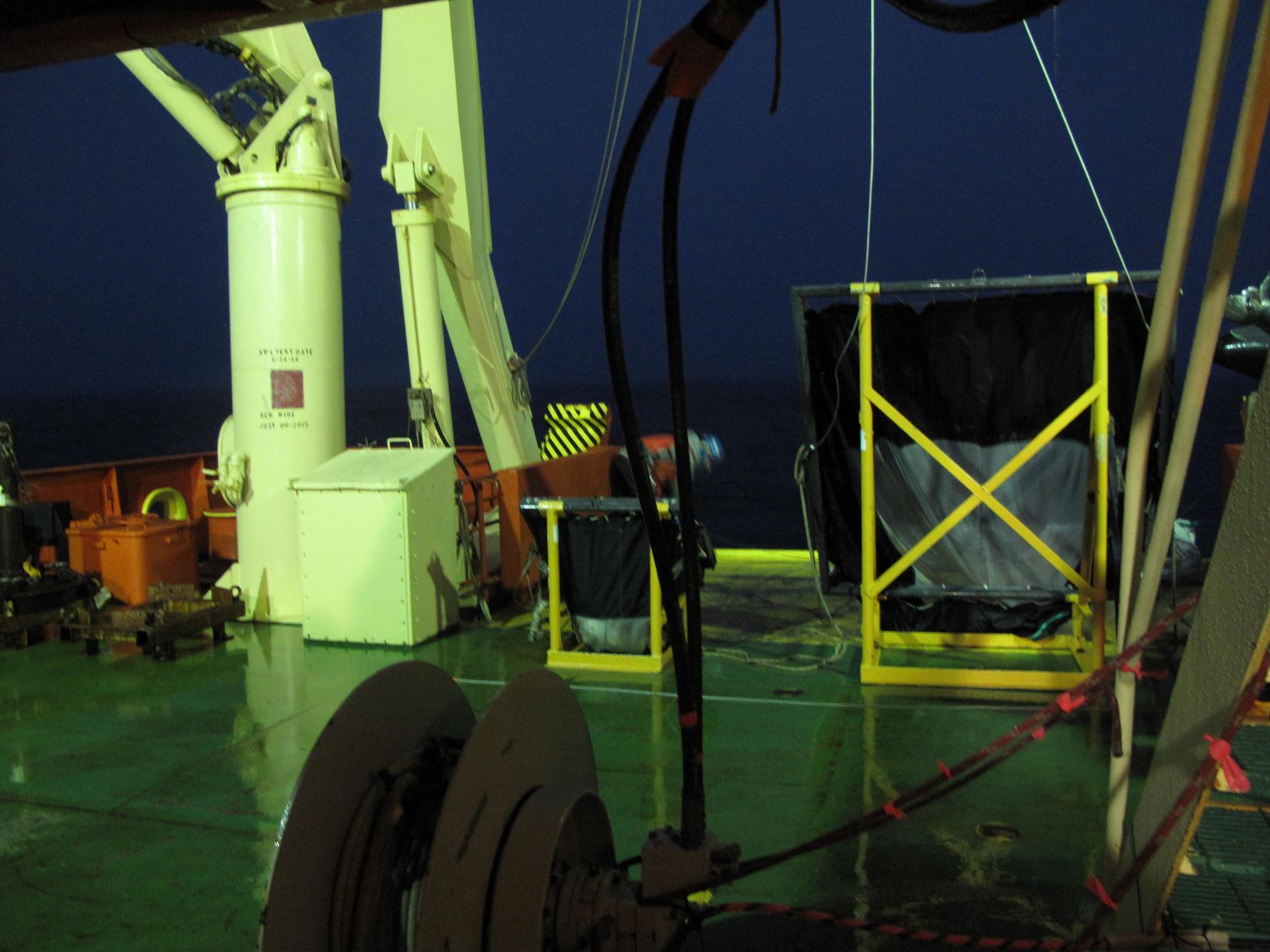 February 3, 2019 (Note: this is #27 in a series of posts describing my NSF-sponsored fieldwork in Antarctica aboard the Laurence M. Gould)

It’s the first time I’ve seen true night since crossing the Drake Passage. These days the sun is down from about midnight until around 4 am. So far, it’s been too overcast to see stars, but I’ve heard there can be good stargazing during our trip back across the Passage. Time on the ship is different from time on land anyway. We are assigned 12-hour shifts (noon-midnight or midnight-noon), but we often start earlier or stay later if important work is going on. When we are transiting or not involved with specific field operations, such as when the whalers are out tagging, the whole schedule slides a bit. So the shifts are a little weird and slippery, and it’s almost always light. On top of that, meal times are not what most of us have back home. We have breakfast from 7:30 to 8:30 am. I almost always sleep through this because lunch is not far behind (11:30 am-12:30 pm). Dinner is 5:30-6:30 pm. This is all kind of normal, but then we also have “mid rats” (midnight rations) from 11:30 pm-12:30 am. Mid rats is kind of interesting…it tends to be the best meal of the day. If I don’t have work to do in the lab or on deck, I would often go to sleep before mid rats, but a few times I’ve stayed up an extra hour or two just to enjoy the mean. I’m absolutely not the only one who does this! We’re probably done with late-night net tows and station operations, so a lot of us are starting to move onto more traditional sleep schedules. Over the next couple days, the whalers will be particularly busy, trying to tag animals in the area around Palmer Station. They’ll take advantage of every moment of daylight. I still have a little sampling to do. Then I’m hoping to sort through my 1000+ photos, starting to measure the copepods and note whether I can see algal material in their guts. It’s tempting to postpone some of this until I get home, but it’s very useful to go through my samples, photos and notes now and make sure everything makes sense. There’s a cute saying, “Your most important collaborator is your past self, and that collaborator doesn’t answer emails or return phone calls.” The idea is to document things clearly while you still remember what the heck you were doing. It makes sense, but is sometimes more easily said than done.