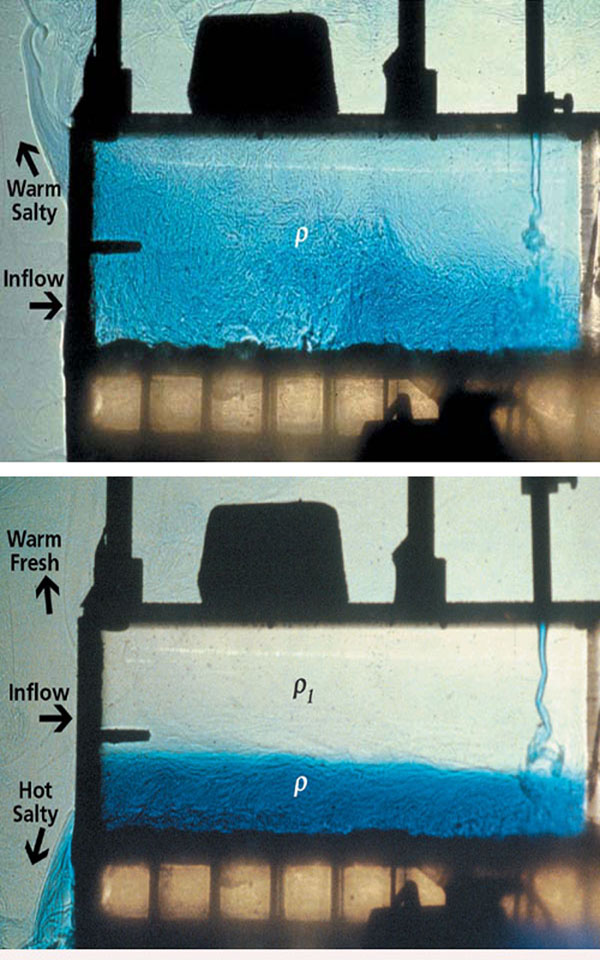 Multiple Equilibria in the Laboratory and with Theory

Starting in 1995, we have tried to produce physical demonstrations of the Temperature-Salinity driven flows that exhibit hysteresis and discrete jumps between flow states as found in theory and numerical models. Motivation is that no actual observation of the predictions have been seen in the ocean or other physical systems. We have been able to produce verification of theory, but we find that a more complex experiment, for example one that allows turbunent mixing or convection cells, produces little hysteresis (compared to idealized theory) but that it does exhibit large jumps between two states. Next, experiments with a layer of fresh water lying next to deep salty water exhibit oscillations when cooled from above. The layer of fresh water becomes saltier from mixing between the cold fresh layer and the warmer salty water below. This makes the layer deepen until finally it becomes denser than the deep warm salt water and overturns. after the layer has mixed away, a new fresh water layer forms at the top and the cycle repeats.