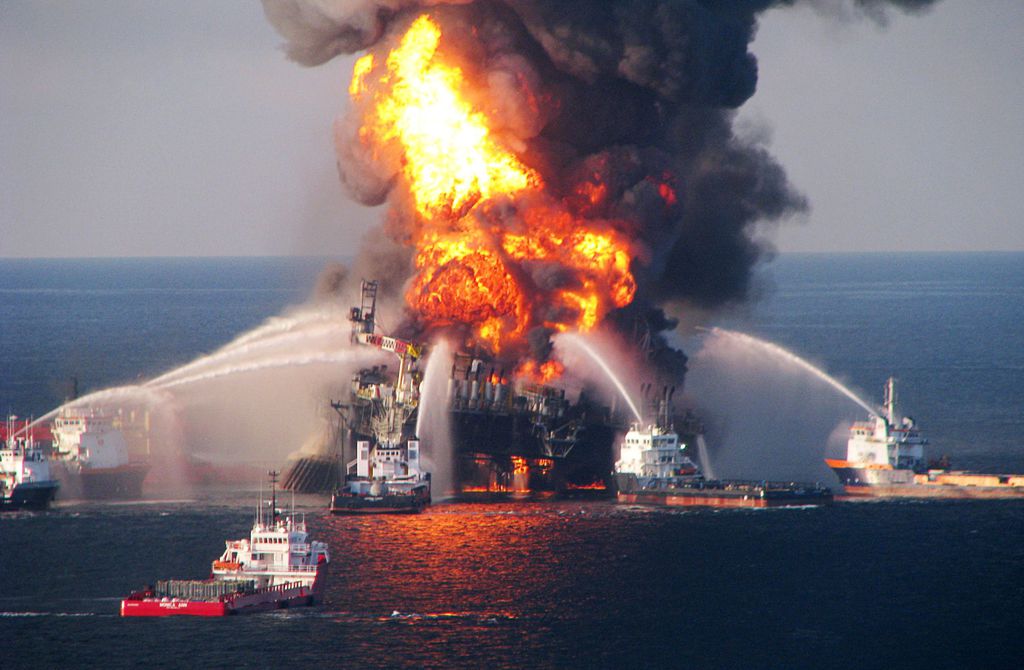 March 31, 2020
Lessons from Deepwater Horizon for coronavirus
"My experience as a scientist working closely with first responders to the oil spill has helped me in recent weeks to understand what is probably happening behind the scenes with the COVID-19 pandemic."
Source: Boston Globe opinion piece

April 25, 2010
Asphalt Volcanoes on the Seafloor
An audio slideshow: Join scientists as they discover that mysterious mounds on the seafloor near Santa Barbara, Calif., are the remnants of ancient asphalt volcanoes. And read an interview with them.
Source: Oceanus Magazine

April 25, 2010
Undersea Asphalt Volcanoes Discovered
Diving in the submersible Alvin, scientists investigated mysterious, large, dome-like structures that they saw on sonar maps of the seafloor off the coast of Santa Barbara, Calif. What they found astonished them.
Source: Oceanus Magazine

May 14, 2009
While Oil Gently Seeps from the Seafloor
When oil spills in the ocean, chemical changes happen fast—usually too fast for scientists to get on the scene to study what happened. An ongoing natural oil seep off Santa Barbara is giving scientists a chance to investigate these processes for the first time.
Source: Oceanus Magazine

May 28, 2008
Popular Way to Assess Oil Spills Can Be Misused
The technique offers a rapid, low-cost way to locate large areas where oil has sunk to the bottom of rivers and oceans. But that doesn’t mean it can also effectively identify lesser levels of oil that can have harmful impacts on ecosystems and public health.
Source: Oceanus Magazine

April 23, 2007
Still Toxic After All These Years
Does oil spilled in 1969 still have impacts on wildlife? Ask a fiddler crab.
Source: Oceanus Magazine

October 13, 2004
Oil in Our Coastal Back Yard
An oil spill on WHOI's shores set the stage for advances in the science of cleaning up
Source: Oceanus Magazine

July 1, 2003
Oil Spill a Bane for Buzzards Bay, a Boon for Coastal Science
WHOI chemists respond to a disaster in the Institution's backyard.

April 25, 2010
WHOI scientists find ancient asphalt domes off California coast
They paved paradise and, it turns out, actually did put up a parking lot. A big one. Some 700 feet deep in the waters off California’s jewel of a coastal resort, Santa Barbara, sits a group of football-field-sized asphalt domes unlike any other underwater features known to exist.
Source: Media Relations

May 13, 2009
Natural Petroleum Seeps Release Equivalent of 8-80 Exxon Valdez Oil Spills
A new study by researchers at Woods Hole Oceanographic Institution (WHOI) and the University of California, Santa Barbara (UCSB) is the first to quantify the amount of oil residue in seafloor sediments that result from natural petroleum seeps off Santa Barbara, California.
Source: Media Relations

September 30, 2008
Study Reveals Microbes Dine on Thousands of Compounds in Oil
Thousands of feet below the bottom of the sea, off the shores of Santa Barbara, CA, single-celled organisms are busy feasting on oil. Until now, nobody knew how many oily compounds were being devoured by the microscopic creatures, but new research led by David Valentine of University of California at Santa Barbara (UCSB) and Chris Reddy of Woods Hole Oceanographic Institution (WHOI) in Massachusetts has shed new light on just how extensive their diet can be.
Source: Media Relations

November 1, 2007
Comparing the San Francisco Oil Spill with East Coast Analogs
In the wake of the November 7 spill of 58,000 gallons of fuel oil into San Francisco Bay, environmental chemist Chris Reddy of the Woods Hole Oceanographic Institution (WHOI) has collected and analyzed oil samples to help assess the long-term impact on the environment.
Source: Media Relations

April 23, 2007
Buried, Residual Oil is Still Affecting Wildlife Decades After a Spill
Nearly four decades after a fuel oil spill polluted the beaches of Cape Cod, researchers have found the first compelling evidence for lingering, chronic biological effects on a marsh that otherwise appears to have recovered.
Source: Media Relations