Marine micro-oxic (severely depleted but still detectable oxygen) to sulfidic environments are sites of intensive biogeochemical cycling and elemental sequestration, where marine microbes are major driving forces mediating carbon, nitrogen, sulfur, phosphorus, and metal cycles. Thus, micro-oxic and sulfide-enriched habitats are important from both biogeochemical and evolutionary perspectives. Microbial eukaryotes are pivotal members of aquatic microbial communities. Through grazing on bacterial, archaeal, and other eukaryotic prey, they regenerate nutrients and modify or re-mineralize organic matter. In addition, they are known to affect the population dynamics, activity and physiological state of their prey. The magnitude of the under-sampled ‘protistan gap’ in the eukaryotic tree of life has been highlighted by global molecular studies of diversity based primarily on amplification of small subunit ribosomal RNA genes and by Next generation sequencing that has opened exciting windows into this under-described diversity.

In the Edgcomb laboratory, we study interactions between Bacteria, Archaea, and microbial eukaryotes in oxygen-depleted and anoxic marine water columns and sediments. We also investigate the diversity and evolution of protists, and their distribution and community structure, particularly in marine micro-oxic and anoxic/sulfidic environments. Of particular interest are the relationships between these populations and the biochemical transformations they mediate in the environment. These are investigated using a variety of methods, including DNA- and RNA-based molecular approaches, functional genomics, culturing, and microscopy.

Our study sites have included hypersaline anoxic basins in the Eastern Mediterranean Sea, anoxic water columns and sediments in the Cariaco Basin, Venezuela, Santa Barbara Basin, CA, the Eastern North Tropical Pacific oxygen minimum zone, Saanich Inlet, Vancouver BC, Guaymas Basin, Mexico, Delaware Bay and other points along the Atlantic and Pacific coasts of the USA, including sediments under shellfish aquaculture sites around Cape Cod. In addition, we study microbial life in marine subsurface core samples from around the world, and the role that microbial eukaryotes, particularly Fungi, play in biodegradation of hydrocarbons in marine sediments.  Current research includes investigations of microbial activities in lower oceanic crust and hydrothermal deep biosphere samples. In many marine environments we observe intriguing symbioses between protists and bacteria and archaea. These symbioses may have significant implications for marine biogeochemical cycles. We study protist-prokaryote symbioses and we are working to develop new approaches for querying these symbioses at the single-cell level using Raman-AFM. Expanding our knowledge of the roles protists play in the ocean hinges on development of new genetic tools for model marine protists. We are engaged in efforts to develop new transformation and gene editing tools for a marine protist, Bodo saltans as well as anaerobic ciliates. 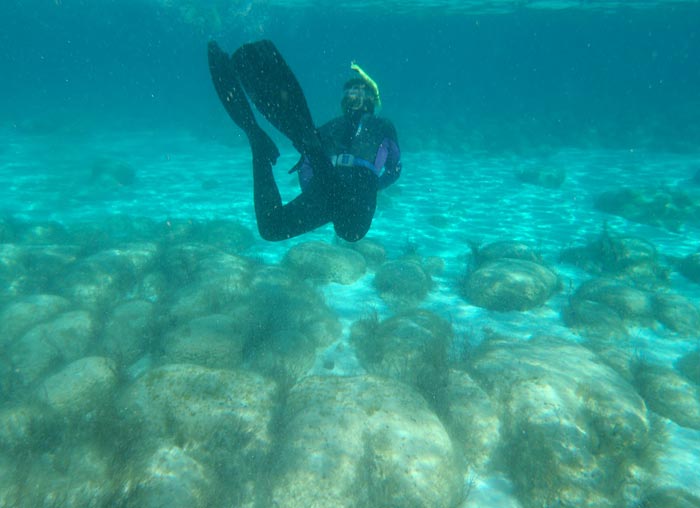