Microbiology of the lower oceanic crust

Exploring the microbiology of the lower oceanic crust

The lower ocean crust has remained largely unexplored and represents one of the last frontiers for biological exploration on Earth. Preliminary data indicate an active subsurface biosphere in samples of the lower oceanic crust collected by the PIs from Atlantis Bank in the SW Indian Ocean as deep as 790 m below the seafloor during IODP Expedition 360. Even if life exists in only a fraction of the habitable volume where temperatures permit and fluid flow can deliver carbon and energy sources, an active lower oceanic crust biosphere would have implications for deep carbon budgets and may yield insights into microbiota that may have existed on early Earth.

The lower ocean crust represents a potentially vast biosphere whose microbial constituents and the biogeochemical cycles they mediate are likely linked to deep ocean processes through faulting and subsurface fluid flow. Atlantis Bank represents a tectonic window that exposes lower oceanic crust directly at the seafloor. This enables seafloor drilling and research on an environment that can transform our understanding of connections between the deep subseafloor biosphere and the rest of the ocean. Preliminary analysis of recovered rocks from Expedition 360 suggests the interaction of seawater with the lower oceanic crust creates varied geochemical conditions capable of supporting diverse microbial life by providing nutrients and chemical energy.

We published the first in-depth analysis of the microbiology of the lower crust at Atlantis Bank in 2020.  We found evidence of sparsely-distributed but viable/ active cells in samples down to ~800 meters below seafloor. We applied cell counts, nutrient analyses, analyses of enzyme activities, lipid and DNA biomarker analyses, mRNA studies, microscopy and Raman spectrometry, and culture based studies to our samples. Since the site where we drilled at Atlantis Bank is highly faulted, future investigations of the lower crust at other locations will determine if our findings extend broadly to the lower crust. This is a collaboration with Vivian Mara, Frieder Klein and Henry Dick at WHOI; Florence Schubotz at University of Bremen, Germany; Jason Sylvan and Shu Ying Wee at Texas A&M; Jiangtao Li at Tongji University, China, Gaetan Burgaud and Maxence Quemener at University of Brest, France, and other members of the Expedition 360 Scientific Party. We are interested to pursue future studies of the lower crust using a similar interdisciplinary approach as well as new technologies for in situ preservation. Cultured isolates of fungi from this study are the focus of ongoing work to investigate genomic peculiarities of these isolates, if present, to search for lipid biomarkers of isolated fungi (in collaboration with Florence Schubotz, U. Bremen), and to examine the production of novel metabolites. 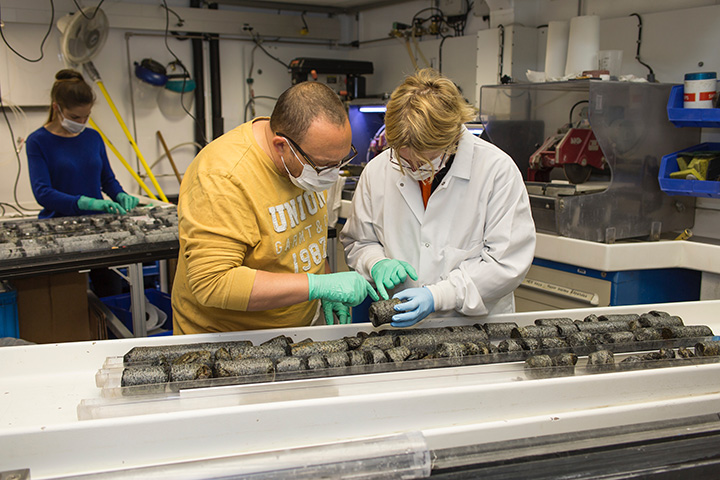 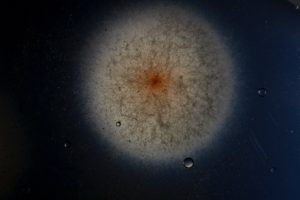 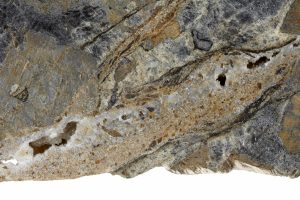 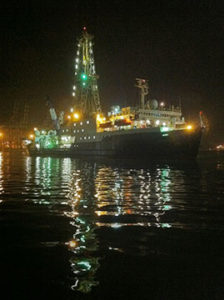 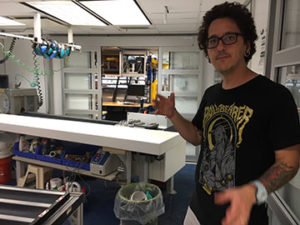 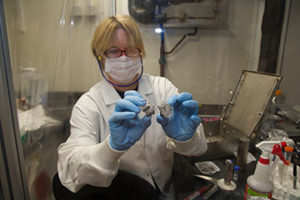