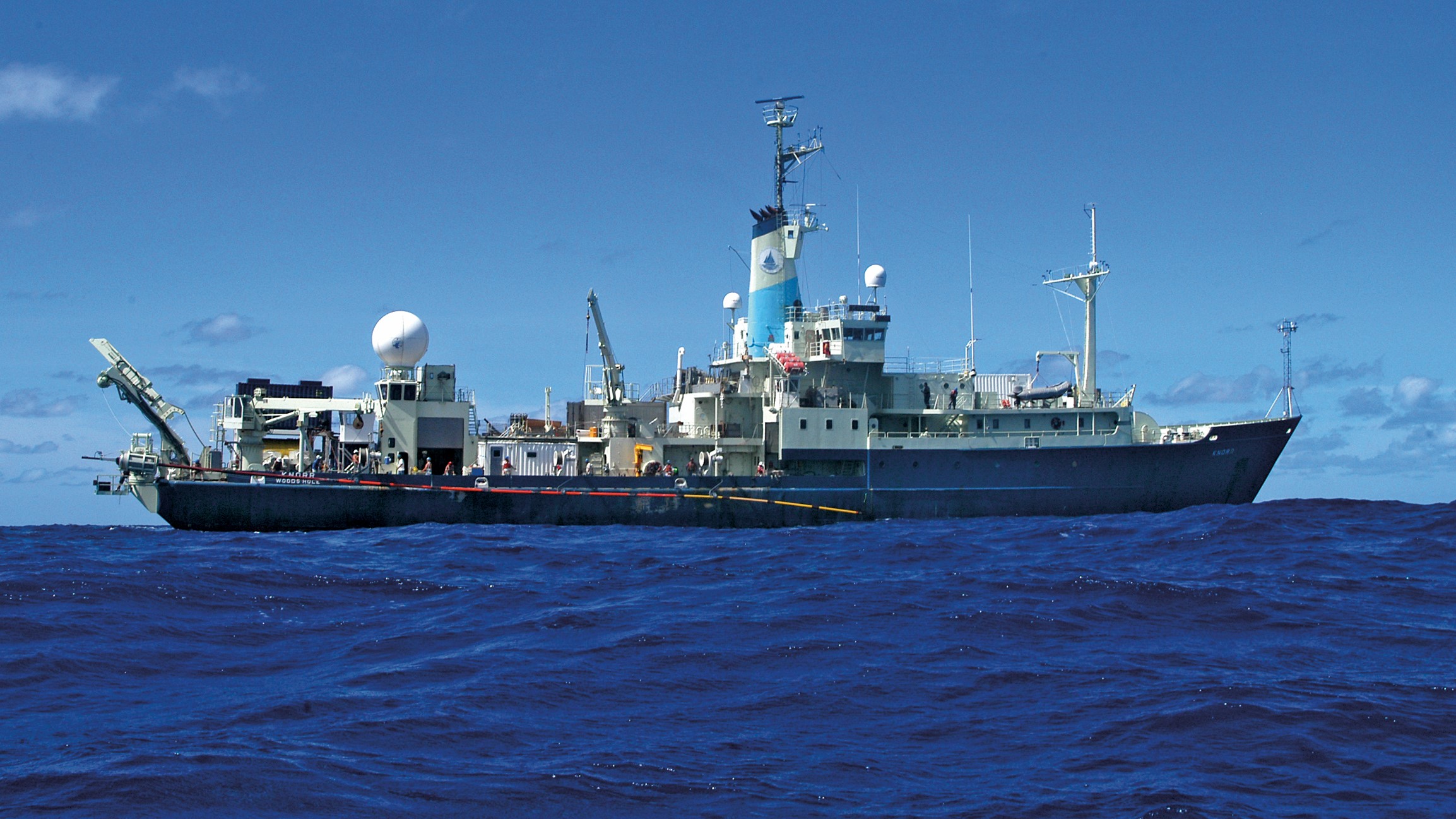 In 1999 Woods Hole Oceanographic Institution began the development of a new long coring system for the UNOLS vessel RV Knorr. Long coring, a hallmark of marine geology research in the 1970s, had been abandoned in the United States since about the mid 1980s. Yet the need for high quality long cores did not diminish. The French system on the Marion Dufresne Antarctic supply vessel, called the Calypso Core, had proven its coring capabilities throughout the 1990s by collecting extremely long piston cores in many very important locations.Reestablishing long coring on UNOLS vessels, however, is not an easy task. Previous long coring operations on RV Knorr suffered because the vessel is not so long itself (85 meters compared to 120.5 meters for Marion Dufresne). In addition the winch and other handling equipment were not strong enough to withstand the increased pullout tensions experienced by 40 and 50 m cores.  As a result all previous Giant Piston Cores were lost due to wire parting.To overcome these obstacles, WHOI hired the marine architectural firm Glosten Associates to determine what it would take to allow Knorr to successfully recover 50 m cores with extremely high pullouts (up to an extreme case of 80,000 lbs). Based on models of Knorr's stability, starboard side pullouts proved to be unsafe, but pullouts from the centerline of the stern could be safely handled up to 160 tons.Since it is not easy or prudent to deploy a 50 m core over the stern, we developed a conceptual design for coring on Knorr that includes starboard side lowering to a vertical position, transfer of the core from the starboard side to the center line of the stern, coupling of the core to the release and winch systems, and lowering to the sea floor from the stern. An animation of the entire process can be accessed at the upper right corner of this page.

Several major developments were involved with making this conceptual design a reality:

The new system was tested for the first time in 2007 during cruise KNR191 to Bermuda Rise and New Jersey margin. During the cruise we tested all system components. At Bermuda Rise we recovered seven cores in increasing lengths from 26 meters to 38 meters.  On New Jersey margin we recovered one core 24 meters long. The disturbance of the sediments is minimal in these cores, with no evidence of stretching caused by the coring process.

The development of this system would not have been possible without the strong support and encouragement of Emma (Dolly) Dieter, Alexander (Sandy) Shor, and Richard Poore, current and former members of the Division of Ocean Sciences at the National Science Foundation and David Verardo of the Division of Atmospheric Sciences. WHOI Marine Operations provided invaluable help at many stages along the way, with special acknowledgment of the contributions of Albert Suchy and Ernest (Dutch) Wegman.

Financial support for the WHOI Long Core system came from a variety of sources including: 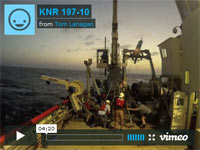 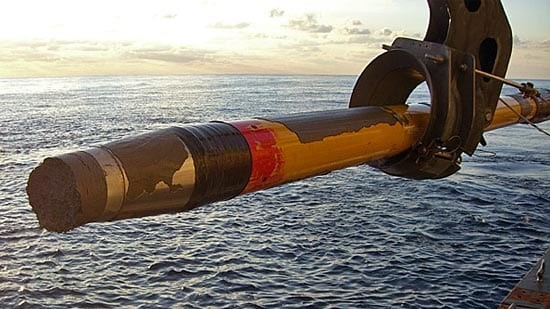 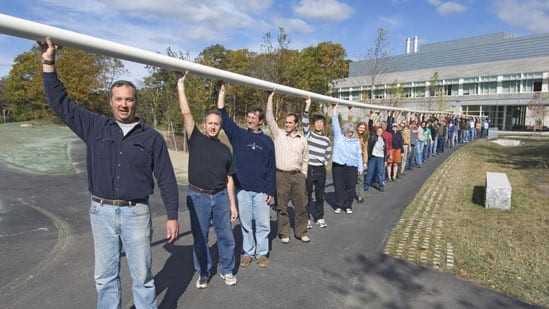 A variety of unique engineering components were needed to create a system that could take and retrieve a 150-foot core from the seabed. The research ship Knorr required a major retrofitting to accommodate the system.
Source: Oceanus Magazine

New Piston Corer Will Give U.S. Scientists their Deepest Reach into Sea Floor