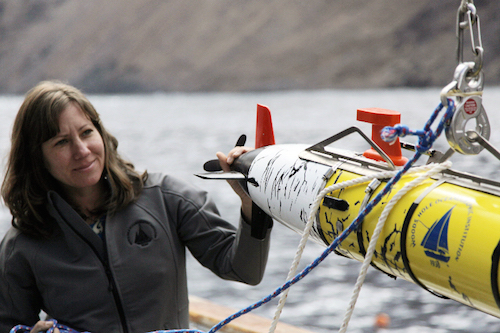 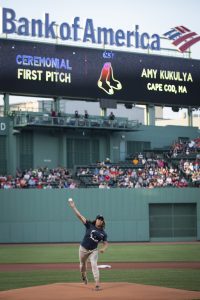 Amy Kukulya is a recognized authority in development and operations of autonomous underwater systems (AUVs) at Woods Hole Oceanographic Institution, specializing in scientific applications of AUVs.  She is a Principal Investigator and Expedition Leader in the Applied Ocean Physics and Engineering Department. Current Projects include OceanRobotCam, developing tags in Taglab@whoi.edu and she is also the lead technical developer for under-ice oil detection and mapping projects.  Working with underwater robots has brought her from the Arctic to Antarctica. Her technical skills include configuration and operations of AUV systems, including navigation, imaging capabilities, new sensor development and troubleshooting electrical systems. She has either led or participated in over 95 oceanographic expeditions to date. Apart from her technical skills, she is passionate about promoting education/outreach initiatives, and has been named a Wowster by the MA Governor's office. She is the lead developer of SharkCam as featured on Shark Week.  Her work has also been featured on several Discovery Channel and PBS productions as well as the Boston Globe, Washington Post and National Geographic Magazine.  Amy has also testified before the Senate and recently threw out the first pitch at a Boston Red Sox game.