Most fish and benthic-associated invertebrates use a reproductive strategy involving the spawning of hundreds to millions of eggs that hatch into small and vulnerable planktonic larvae. This strategy makes for a bipartite life history, where adult and juvenile behavior and habitat are entirely distinct from the millimeter-scale eggs and larvae that are largely—at least initially in their development—at the mercy of the water masses in which they are entrained. Depending on the species and spawning strategies of the adults, these early life stages have the potential to be transported hundreds of kilometers from the spawning population of adults and then potentially return to their natal habitat or be translocated over a wide range of distances to other regions with suitable juvenile habitat.

For example, the American Eel is thought to spawn in the Sargasso Sea, from which it larvae must travel to the fresh water estuaries along the east coast of the US. They must make this journey in less than one year, crossing formidable barriers such as the Gulf Stream and the continental slope along the way. They can swim at slow speed during the later part of the trip, after they have developed into glass eels, but their ability to swim is very limited during the early stages.  Their ability to navigate is not known.

Irina Rypina, Joel Llopez, Susan Lozier, and Larry Pratt are using a model of ocean currents in the N. Atlantic, coupled with biological model that contemplates a variety of swimming speeds and navigation strategies, in order to determine how this migration takes place and what the preferred pathways are.
Rypina, I. I., J. K. Llopiz, L. J. Pratt and M. S. Lozier, 2014. Dispersal pathways of American eel larvae from the Sargasso Sea.   Limnol. Oceangr., 59(5),1704-1714, DOI: 10.4319/lo.2014.59.5.1704. 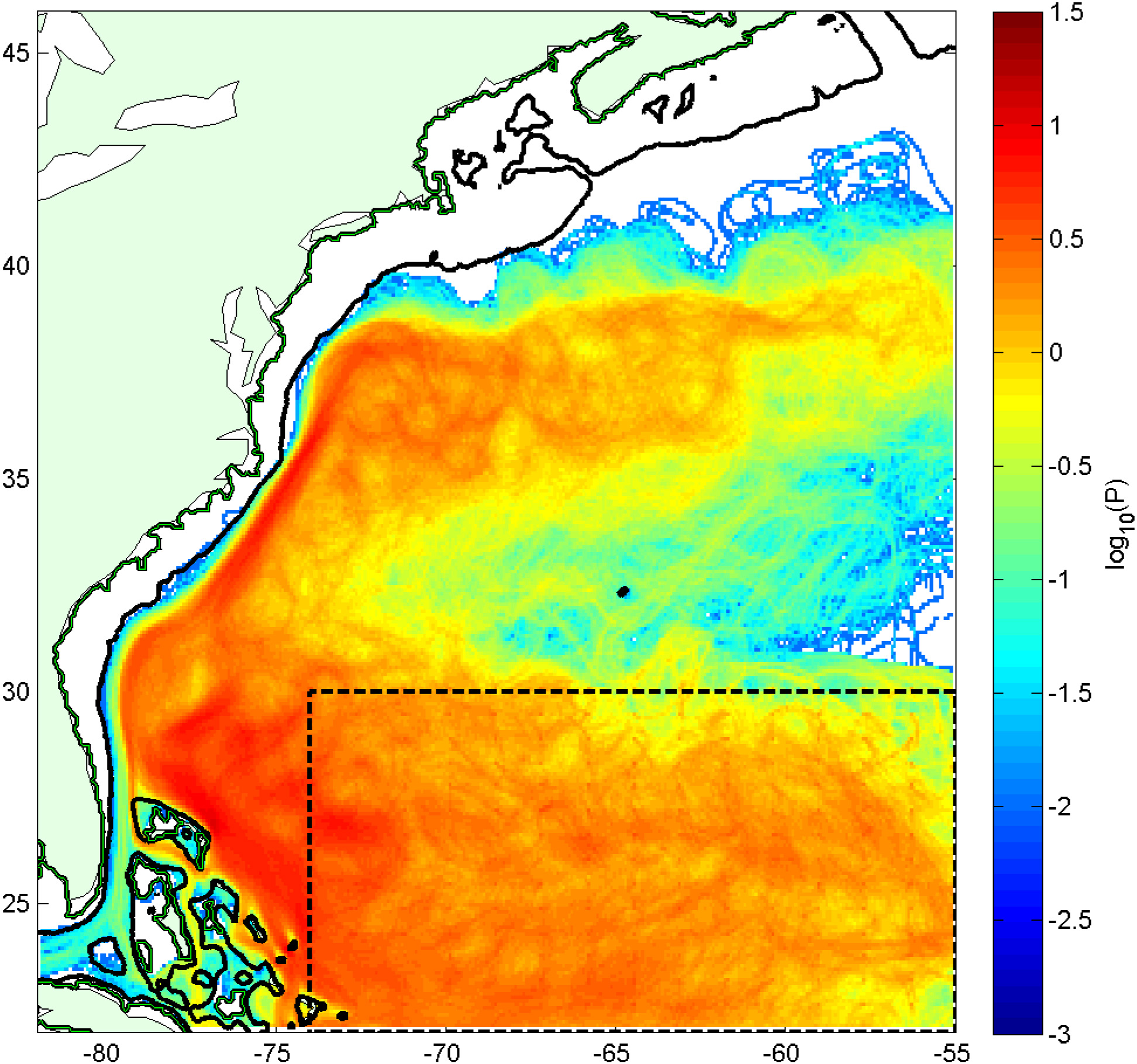 When eel larvae are released in the Sargasso Sea (dashed box) and allowed to drift for one year, with ability to change depths diurnally but not swim horizontally, very few are able to reach the east coast continental shelf, as shown by the probability map. This suggests that horizontal swimming is important.