A EURO_BASIN project to understand and simulate the population structure and dynamics of broadly distributed, biogeochemically, and trophically important plankton and fish species of the North Atlantic basins and shelf seas; to assess impacts of climate variability on North Atlantic marine ecosystems; and to contribute to improving and advancing management of North Atlantic marine ecosystems. As part of this project, a Trans-Atlantic cruise was conducted on the R/V G. O. Sars starting in Bergen, Norway on 1 May 2013 going to Nuuk, Greenland and ending in Bergen on 14 June 2013.  I participated on the cruise and have been collaborating with Webjorn Melle and others at IMR, Norway in data analysis and manuscript preparation describing this work. 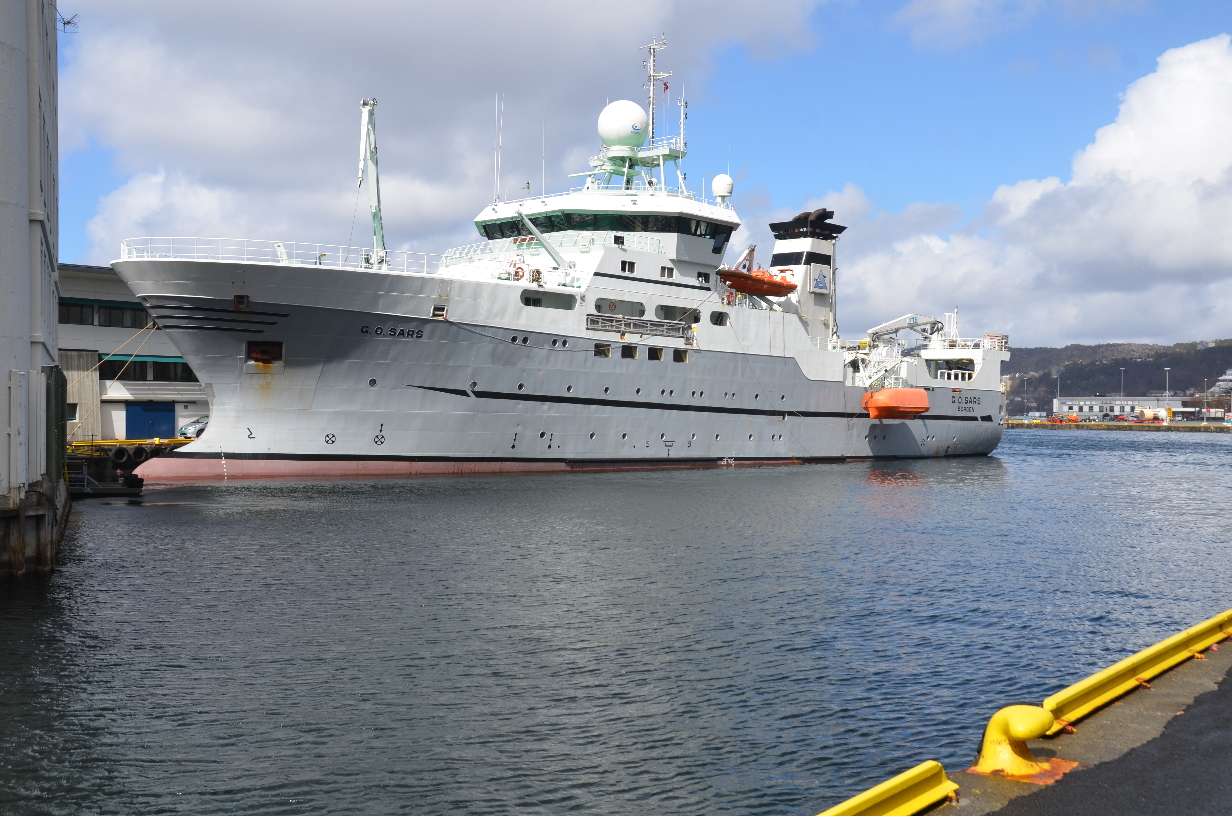 This cruise hosted a number of investigators from Denmark, Norway, Spain, UK, and USA.