REMUS SharkCam is a specially outfitted REMUS autonomous underwater vehicle (AUV) equipped with video cameras and navigational and scientific instrumentation that enable it to locate, track, and film a tagged marine animal, such as a North Atlantic white shark (great white). The vehicle is pre-programmed to home in on a signal from a transponder beacon attached to the animal and can follow it to depths of 600 meters (1,968 feet), depending on the vehicle, and in a variety of patterns and configurations.

OceanRobotCam from UnderCurrent Productions on Vimeo.

Inside SharkCam from Woods Hole Oceanographic Inst. on Vimeo.

Hear Research Engineer Amy Kukulya talk about the SharkCam vehicle in the video below!

Also - be sure to check out our fan favorite:

No other question comes up more then this one.  We don't know for sure yet but here is what the experts think...

Special thanks to Greg Skomal and Roger Stokey for your input.

It is a great question: what triggers the attack? Looking at all the senses:

Electroreception: only effective in the near field (1 meter or less), so we don’t believe this triggers most of the observed attacks, which are initiated from greater distances.

Chemoreception: there are no olfactory or gustatory cues coming from the AUV.

Mechanoreception: Hearing – shark ears are tuned to low-frequency sound (< 1kHz). The extent to which the AUV attracts the sharks depends on its sound spectrogram. We will update the results of the REMUS spectogram, but the short answer is that the low hum of the propulsion system can be heard by sharks.  But keep in mind it is even lower then the standard motor boat engine. This could be detected from far afield (100’s of meters).

Pressure – sharks have pit organs and a lateral line system for detecting pressure oscillations. It is thought these are low frequency near-field receptors (within a couple of body lengths) used for orientation (relative to currents, other animals (e.g., schooling), and the bottom) and prey detection. While it is possible that white sharks are using these receptors to orient to the AUV in the near field, we don’t think the pressure changes produced by the AUV trigger the attack from afar.

Photoreception: white sharks are considered very visual feeders well adapted to seeing in bright as well as low light conditions. We all agree that the visual stimulus provided by the AUV triggers the attack. It is well documented that white sharks attack inanimate objects (decoys, flotsam). The strategy is attack first, determine palatability later.

As a wise software engineer once said, 'REMUS is a sitting duck out there, a big fat fishing lure'.

We look forward to hearing from you!

Click each link below to see more details about the specific expedition and also be sure to check out some of our featured shows on Discovery Channel! 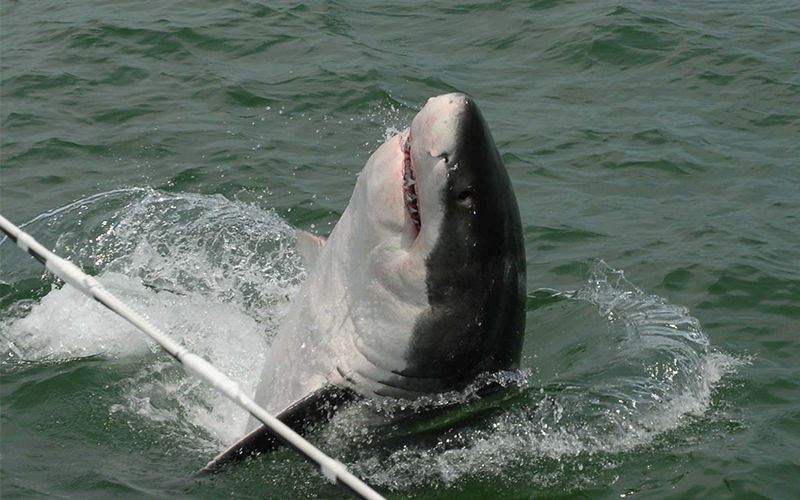 "Return of Jaws" on Discovery 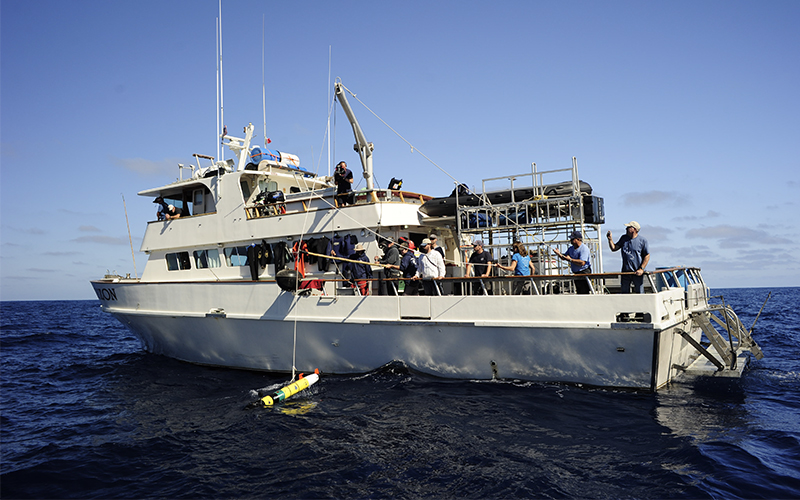 "Jaws Strikes Back" on Discovery 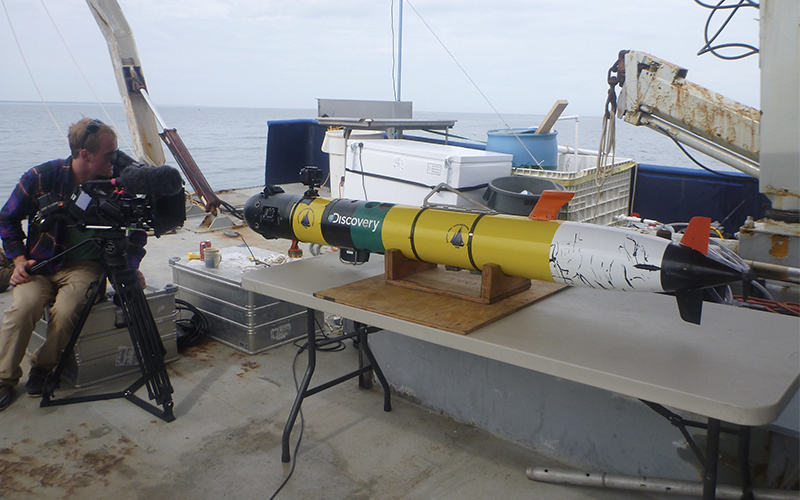 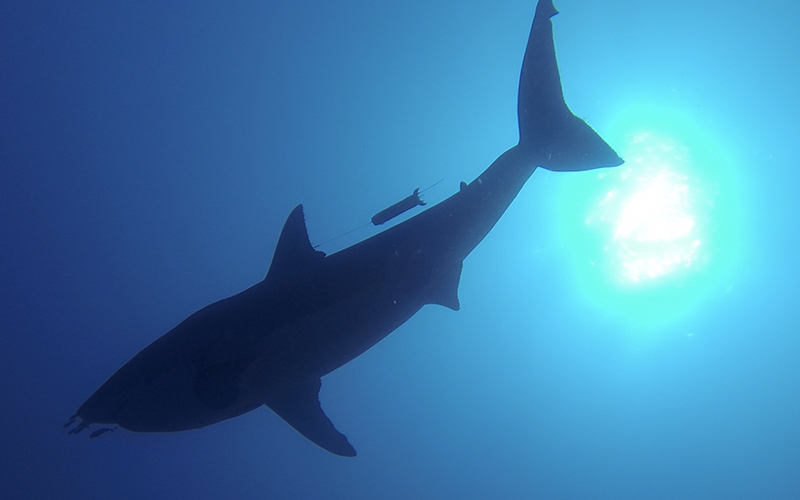 "Jaws of the Deep" on Discovery 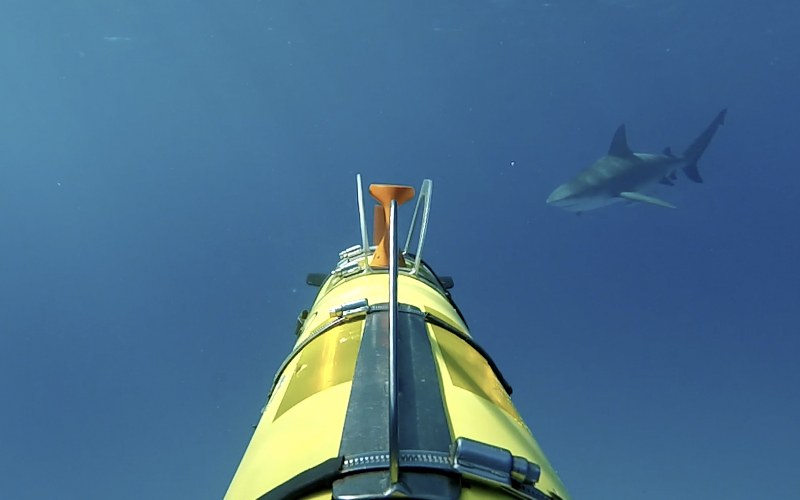 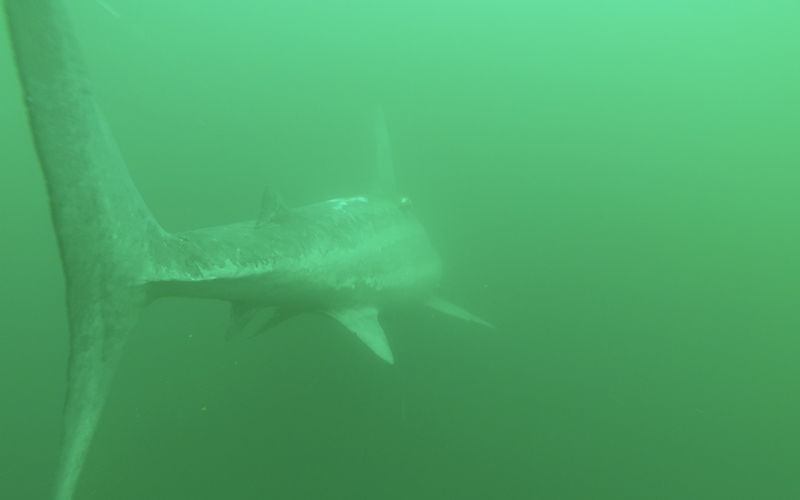