The overall objective of the proposed research is to elucidate the cellular and molecular mechanisms by which early-life exposure to harmful algal bloom (HAB) toxins may interfere with neurodevelopment to cause persistent neurobehavioral changes later in life. The HAB toxins domoic acid and saxitoxin occur in seafood and levels are regulated to prevent acute toxicity. However, human exposure to these toxins at levels below regulatory limits is common, widespread, and may be increasing, posing risks to vulnerable subpopulations such as developing humans. It is now well known that the early life environment can profoundly influence health throughout the life course (the developmental origins of health and disease). However, the mechanisms by which developmental exposures elicit effects later in life are not well understood. The central hypothesis of this research is that early life, low-level exposure to domoic acid and saxitoxin targets neurotransmitter receptors and ion channels, leading to altered gene expression, functional changes in glial and neural cells, and long-term changes in neurobehavioral function in adults. These studies will be conducted using zebrafish, a powerful model organism in developmental neurotoxicology research. In Aim 1, we will test the hypothesis that embryonic exposure to low levels of domoic acid, a glutamate receptor agonist, targets developing oligodendrocytes (OLs), thereby disrupting myelination of axons. We will measure the effects on OL-lineage cells using a variety of transgenic zebrafish lines that allow visualization of developing OLs and myelination. We will elucidate the functional consequences of these changes by assessing larval behavior. In addition, we will determine later life consequences of developmental exposure to domoic acid on neurobehavior using a battery of well-established behavioral assays and characterizing the gene expression patterns in the adult brain. In Aim 2, we will test the hypothesis that developmental exposure to saxitoxin, an inhibitor of voltage-gated sodium channels, targets developing neurons, leading to defects in axonal growth. We will visualize the changes in axonal growth in motor neurons and determine functional changes in larval and adult behavior. In Aim 3, we will test the hypothesis that combined early life exposure to low levels of domoic acid and saxitoxin targets OLs and neuronal cells, interfering with activity-dependent myelination and causing enhanced deficits in myelination and neurobehavior. We will also test the hypothesis that domoic acid and saxitoxin can cause silent neurotoxicity that can be unmasked later in life by secondary stressors. Research in collaboration with Projects 1 and 2 and the Community Outreach Core will model human exposure and how it may change with a changing climate. This research will identify the cellular and molecular bases for neurobehavioral effects following early-life exposure to prominent HAB toxins, contributing to an understanding of the potential long-term health consequences of developmental exposure to domoic acid and saxitoxin in humans, critical for assessing public health risks associated with the possibly increasing exposure to these toxins. 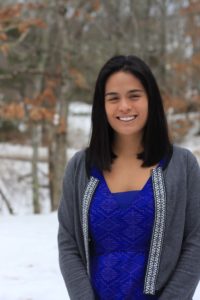