Biofouling of ship hulls costs the United States Navy hundreds of millions of dollars each year in lost fuel efficiency. Although eukaryotic biofoulers, such as algae and barnacles, are responsible for the drag that limits hull performance, the stage for colonization by these organisms is set by the development of bacterial biofilms on the hull surface. Recent studies have shown that several abundant groups of marine bacteria secrete chemical signals that are used to induce extraordinary coordination between cells on submerged surfaces; when conditions are optimal these signaling molecules trigger the growth of cell structures that transform individual attached bacterial cells to a true three-dimensional bacterial biofilm. The discovery of these cell-cell communications has led to the hypotheses that developing biofilms are populated by a tightly-orchestrated succession of different bacterial groups and that eukaryotic biofoulers may ?eavesdrop? on signaling between bacterial cells to optimize their chances for recruitment on the biofilm. If these hypotheses are true, arresting the development of just one bacterial group in the succession has the potential to slow, or even possibly prevent, the recruitment of drag-causing eukaryotes. Although the current understanding of cell-cell signaling in bacterial biofilms has been gained primarily through cultivation of pure species of bacteria in the laboratory, the taxonomic and physiological diversity of marine bacterial communities warrants an additional approach that is free of the limits and biases of cell cultivation. Here, I propose to apply novel, cultivation-independent, chromatography/mass spectrometry-based technologies to measure taxon-specific cell growth and to test the hypotheses that: 1) there is a regular succession of bacterial groups in marine biofilms on ship?s hulls, and 2) this succession is regulated by cell-cell signaling molecules. These technologies, are reliable, quantitative, and have taxonomic resolution sensitivity similar nucleic acids-based methods that are often more cumbersome and less quantitative. Once fully developed, these approaches will provide a powerful and user-friendly analytical tool to test the efficacy of current and future anti-fouling technologies on retarding the growth of specific bacterial taxa contained in biofilms. 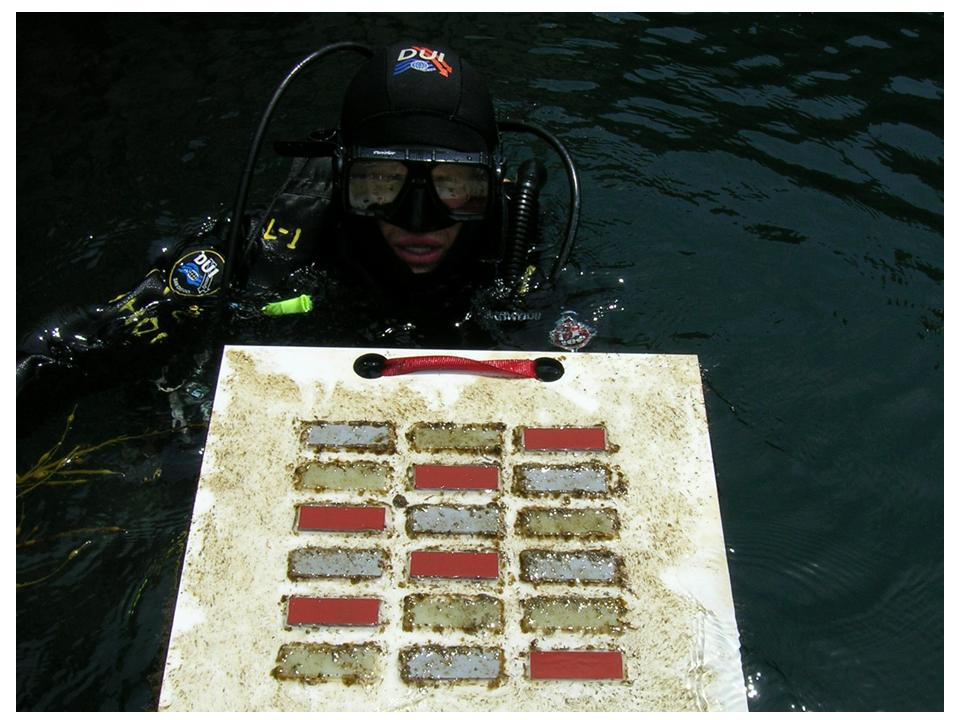