Overview: Owing to the importance of POM in the marine carbon cycle, POM degradation has been the focus of intense study since the dawn of modern oceanography, and yet this research has yielded very little mechanistic understanding of the microscale chemical and physical interactions underpinning POM degradation. Instead, most work has focused on characterizing POM composition and POM-microbe interactions at the bulk level. For example, bulk transformations in the chemical composition of sinking POM are characterized by a disappearance of readily hydrolysable organic matter, which contributes to the attenuation of the vertical POM flux. Similarly, it is understood that microbes physically interact with sinking POM by encountering particles by Brownian motion or motility, which contributes to dissolution and disaggregation of sinking POM and attenuates flux. These are among the many bulk chemical and physical effects on POM flux attenuation that have found their way into simple particle export models, and yet the skill of these models is largely insufficient to obtain the predictive value required for inclusion in global climate and carbon biogeochemistry models.

We posit that developing an understanding of the mechanistic linkages between the microscale chemical and physical processes that contribute to POM degradation is critical to improve models of the marine carbon cycle.

Our goal for this proposed research is to establish relationships between the molecular signatures and microbial mechanisms of POM degradation at the scale of an individual particle. The long-term ambition is to be able to use observations of the molecular composition of sinking POM in the ocean to inform mechanistic models of particle flux attenuation. Our recent work has shown that the chemical composition of sinking POM directly influences flux attenuation through its effects on microbial interactions, but we still lack the mechanistic context to establish predictive links to microscale physics behind these interactions. 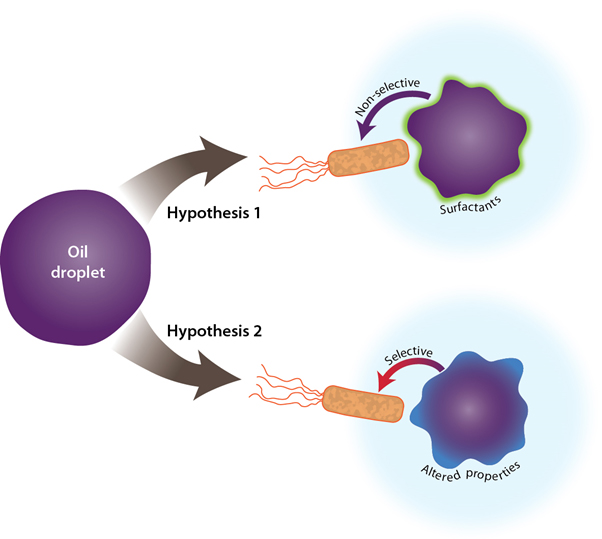