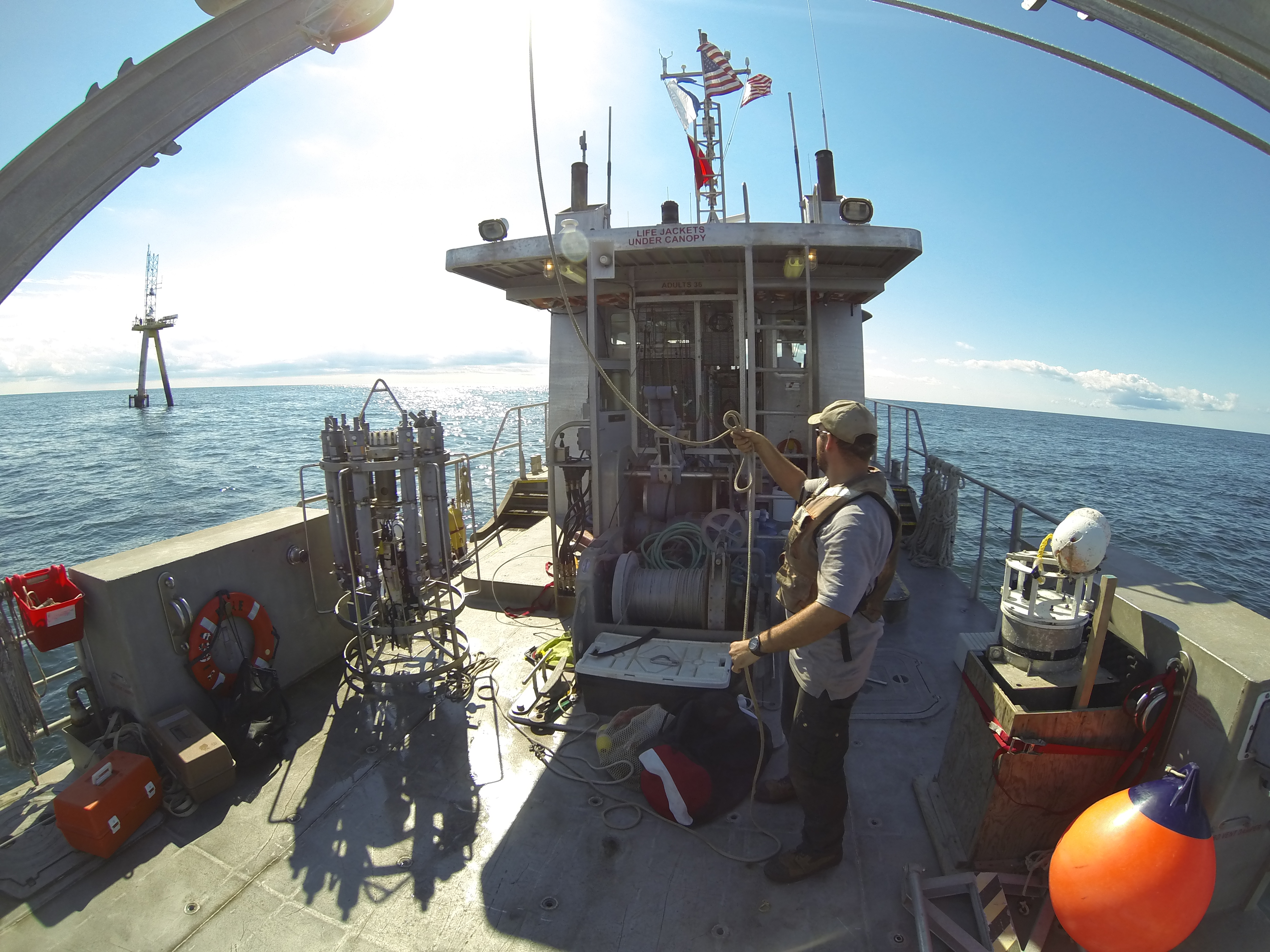 Imagine if…. we explored a little-known part of the ocean. Below the sunlit surface, there’s a realm known as the ocean’s “twilight zone”. At 200 to 1000 meters below the surface, sunlight is barely a glimmer, yet flashes of bioluminescence give us a clue that these waters teem with life.

Heidi Sosik Selected as a Fellow of The Oceanography Society

Heidi Sosik, a senior scientist in the Biology Department at Woods Hole Oceanographic Institution (WHOI) has been named a 2018 Fellow of The Oceanography Society (TOS).

To better understand and manage an intricate ecosystem, the National Science Foundation (NSF) has announced the selection of Northeast US coast for a new Long Term Ecological Research (LTER) site led by Woods Hole Oceanographic Institution (WHOI) along with researches at University of Massachusetts, Wellesley College, and the University of Rhode Island.

Observations could warn of threats to ecosystem on which humans depend.

Governor Patrick toured several of the Institution’s labs and was briefed on its robotic vehicle development and ocean observing programs.

WHOI received a more than $2 million grant from the Gordon and Betty Moore Foundation to develop new tools for ocean scientists who work with underwater imagery to better understand the ocean and its ecosystems.

Project funded for quantification of top-down controls on phytoplankton dynamics obvserved with Imaging.

A Coastal Ecosystem Research Initiative for the Northwest Atlantic

A proposal funded in 2007 to continue and expand activities related to development and implementation to advance our ability to measure, monitor, and analyze the fundamental processes shaping the northwest Atlantic continental shelf ecosystem.

Exploring the feasibility of glider-based transport, stratification, and ecology measurements on the New England shelf between MVCO and Line W

A proposal funded to explore the feasibility of using autonomous gliders for regular collection of physical and bio-optical properties along a transect spanning the continental shelf between MVCO and the Line W moored climate array.

Cabled ocean observatories, like the Martha’s Vineyard Coastal Observatory (MVCO), and new sensors like the Flow Cytobot are enabling scientists to study plankton community structure and processes with unprecedented detail.

Phoning Home from the Ocean Floor – by Computer

The Picoplankton and the Whale

Grant funded for imaging in flow to improve the resolution of pump-during=probe measurements of phytoplankton photosynthetic characteristics.