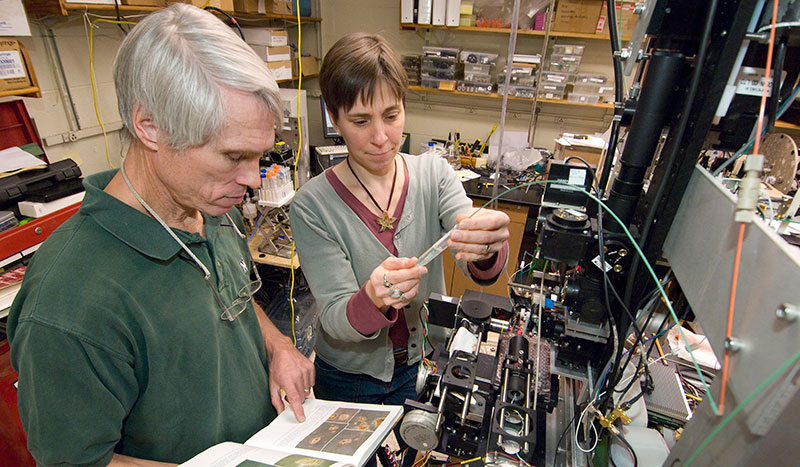 A Green Thumb for Ocean Microbes
May 2015: Growing marine bacteria in the laboratory is a challenge

WHOI Scientists Feature in ‘Women in Oceanography: A Decade Later’
Feb 2015: 13 scientists from WHOI featured in this issue which reviews the progress made over the last 10 years in addressing barriers to career advancement for female oceanographers.

WHOI Scientists Garner Awards in 2013
Dec 2013: WHOI Scientist award winners in 2013 including the NASA Group Achievement Award for work on the ICESCAPE project

Shedding Light on Light in the Ocean
Dec 2004: New research is illuminating an optically complex environment

Little Things Matter A Lot
Mar 2005: Overlooked in the ocean until the 19702, cyanobacteria are among Earth’s most important organisms.