A churning toilet bowl of ice… 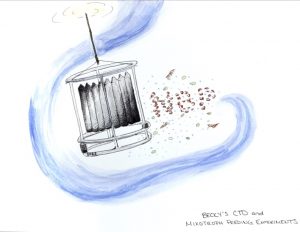 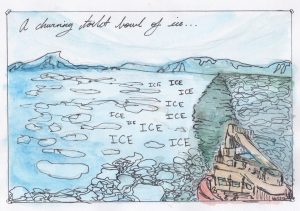 So, this is another quote from “Sea Gypsies”, and while perhaps it doesn’t evoke the nicest image, it conveys some of the challenges associated with the Antarctic marine environment. The weather can, and will, get nasty and there are lots of different kinds of ice that can potentially cause issues for our work and ship navigation. This morning at 0600 we sampled in Marguerite Bay, just a bit northwest of Rothera Station (British Antarctic Survey – no, we did not get to visit). The weather was calm and there were minor snow flurries. Within 2 hours, the winds had climbed to sustained speeds of ~30 knots, with gusts at 50 knots, and the snowfall was heavy (and sideways). It deposited about 6 inches on the helo deck, and we had to clear it off the tops of our incubators so that it wouldn’t block what little daylight the samples would get (once daylight arrived at about 1100). We’ve canceled our other over-the-side operations for today and are heading north through a narrow channel called “Tickle Passage” (that is apparently the actual name). The captain chose this route to keep us out of the rougher seas that are on the outer side of Adelaide Island, but there is the chance that we’ll run into heavy ice conditions that may force us to turn around. And as I was writing this, the ship turned around and is heading back south. While the NBP can handle heavy pancake ice and even small ‘growlers’, icebergs need to be avoided, and with increasing fog, the ability to navigate around them decreases. 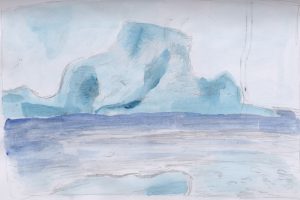 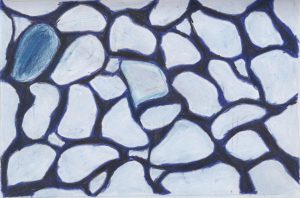 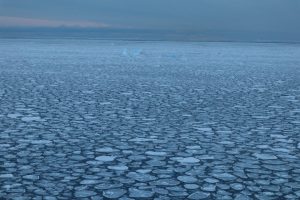 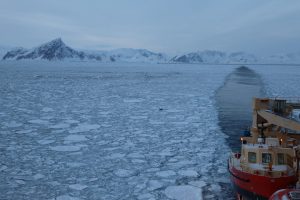 Marguerite Bay and a seal.

And this brings me to back to weather issues and doing science…we are aiming to sample at a station about midway along the outside of Adelaide Island tomorrow morning. We’ll just have to wait and see. 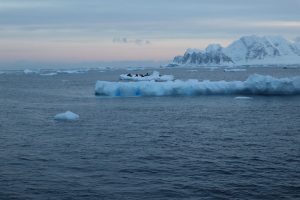 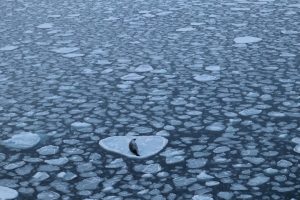 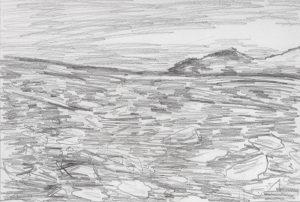 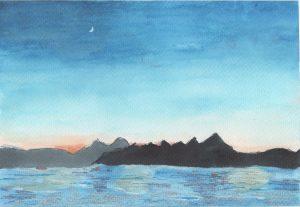 What are we doing with the water that we sample? The quick answer is “a lot of filtering”, but there are quite a few different analyses, and with the 6 of us all working it takes about 4-6 hours to process everything. We want to know the environmental conditions associated with each water sample, so there are the CTD measurements (salinity, temperature, PAR, oxygen) and ones that we collect from the water at different depths (dissolved and particulate nutrient, chlorophyll). Then there are the samples collected for nucleic acid diversity studies (bacterial and eukaryotic), bacterial and photosynthetic production (radiotracer experiments) and for flow cytometry (cell abundances). We also set up large(ish) volume incubation experiments with labeled prey for the genetic identification of grazing taxa (both mixotrophs and heterotrophs). And, last, but not least, our small volume short term ingestion experiments for microscopy counts of grazing using fluorescent beads as a proxy for bacterial prey. Below is an example of what we are looking at in those samples. It is an image from our 2019 cruise, and I am using it because it is a good one. 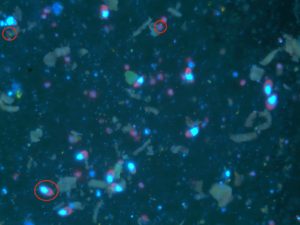 Mixotrophic algae that have ingested a small greenish bead are indicated by the red circles. In the image, the nucleus of the cell is bluish-white, the chlorophyll is red. Heterotrophs would be the bluish-white spots in the image without red associated with them.

We also had a little fun with the CTD. There was a very deep cast (1700m) about a week ago, so we pulled out the styrofoam cups that we had brought along and had people decorate them. This is a common activity for deep casts because it causes the cups (or other styrofoam objects) to shrink in size as the air is squeeeeeezed out of them. The decorated cups are put into a mesh dive bag and it is secured to the CTD frame. Below are examples of the artwork from our group. 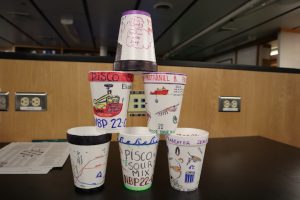 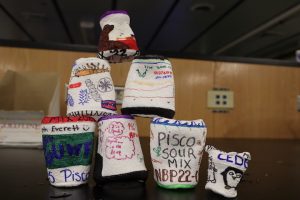