How inappropriate to call this planet earth when it’s quite clearly ocean. Arthur Clarke 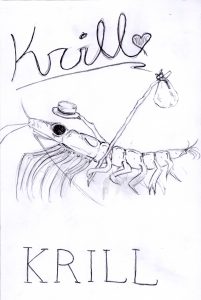 I study mixotrophic plankton because I find them fascinating – on land carnivorous plants (e.g. sundews, pitcher plants and venus fly traps) are restricted to certain environments – yet mixotrophs are found in almost all aquatic environments. We’ve known about mixotrophic algae for almost a century (well, not me personally, but scientists in general). They have traditionally been considered oddities, and the physiological ‘cost’ of being both a plant and an animal made them less successful. Mixotrophy occurs in a wide range of taxa and involves different ‘strategies’. Some are algae that consume prey (like the ones we are studying) while others are grazers that either steal chloroplasts from prey to become temporarily able to photosynthesize or capture whole algal cells and keep them as symbionts.

Over the past two decades interest in mixotrophs in our oceans has grown dramatically because of their wide distribution and the roles that they play as producers, consumers, and prey. They are part of the microbial food web, which is essential to supporting the growth of higher trophic level organisms (things like fish, penguins, and whales – see the food web image below). Planktonic microbes are too small to be eaten directly by creatures higher up in the food web, and this is where zooplankton come into the picture. Invertebrates like copepods and krill eat the microplankton, and they are then eaten by larger predators. In the Antarctic, krill are very important prey and their growth is fueled by the large diatom blooms that occur in the spring (along with the diatoms that grow on the bottom of the sea ice). What they eat when diatoms are not the predominant organism (during summer, fall and winter) is still being investigated. They likely eat whatever they can find, but whether they prefer certain types of plankton is largely unknown. 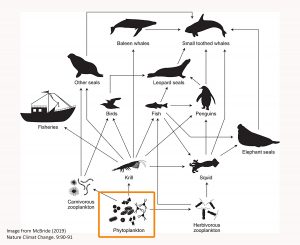 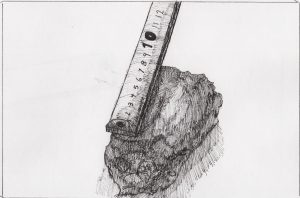 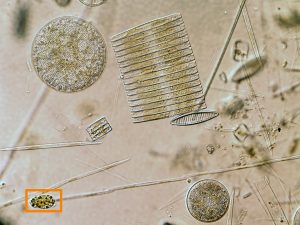 Examples of Antarctic diatoms. The cell in the orange box is a dinoflagellate.

Our work in the Antarctic marine environment is directed towards determining the amount of mixotrophic activity in different seasons, and identifying the taxa involved as well as their abundances (relative to the total phytoplankton). Why is this important? It goes back to that lettuce comparison in an earlier post, some taxa are potentially better food resources than others. And again, why is this important? Because to understand how changes to our oceans will impact the organisms that live there, we need to know what resources are important for them (food) and how those resources respond under changing conditions. The real-life example I can give is right here along the Western Antarctic Peninsula (WAP).

Climate change is a global issue, but the western peninsula region of Antarctica has warmed at a significantly higher rate than the global average over the past several decades. Atmosphere and water temperatures have risen significantly, particularly during the austral winter (Schofield et al., 2017). Since the 1970’s, the period of sea ice cover has been shortened by about a total of 3 months due to earlier spring melt and delayed fall/winter formation (Stammerjohn et al. 2012). This has resulted in changes within the marine food web including altered algal community structure, reduced photosynthetic production, reduced krill abundances, and changes in the distribution of penguin species (Henley et al. 2019). Years with warmer sea surface temperatures and lower winter sea ice show a switch from dominance by diatoms to mixotrophic cryptophytes. This shift in phytoplankton taxa implies the potential for mixotrophs and mixotrophy to play a larger role in future WAP marine food webs. An increase in the proportion of mixotrophic taxa in the population, and heterotrophy within those mixotrophs, could strengthen the microbial loop by channeling carbon from bacteria to higher trophic levels. However, as the grazing capability of krill differs for diatoms, cryptophytes, and other phytoplankton prey taxa, the impacts of mixotrophy are not clear. 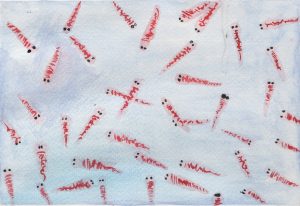 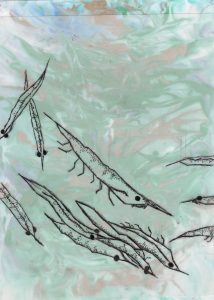 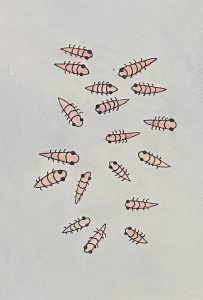 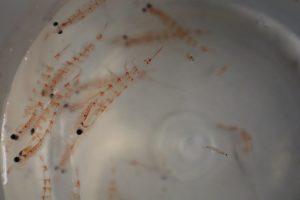 The past few days have been a challenge. The winds have been blowing at sustained speeds of 30-40 knots, with gusts up to 70 knots. We turned to head north out of Marguerite Bay two days ago, heading directly into the wind. This was fortunate because the NBP can ride up and over the swells rather than being battered from the side. It’s still a very bumpy ride. We managed to get in one more CTD cast on the outside of Adelaide Island before the seas got really lumpy – but to be clear, the wind was blowing like stink and processing our water was a challenge as we tried to balance on a tossing ship. The seas continued to test our fortitude through the next day as we continued our progress north to our sampling sites back in the Gerlache. Anti-nausea medication was a must for me, and I was able to make my way up to the bridge to watch the waves come over the bow. For scale, the bridge is 5 flights of stairs above the main deck (so 5 stories tall), and the main deck is about 20 feet above the sea surface, so when the spray completely covers the bridge windows, it was a sizeable wave. Crew estimates on the swell height were about 15 feet, and up to 25 feet last night. 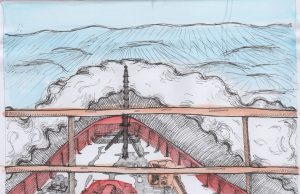 I also finally had some time to do some drawing. The peninsula image illustrates our general cruise track (the dashed line), and I’ll have to wait to add color once I’m home (I forgot my colored pencils). I’m not sure that Neptune appreciated my wave picture because the day after I made it is when the seas got really rough. 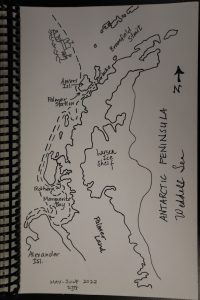 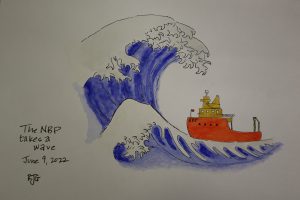 And now for some pretty pictures from the northern region of the Gerlache Strait (near Charlotte Bay). 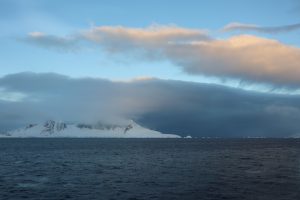 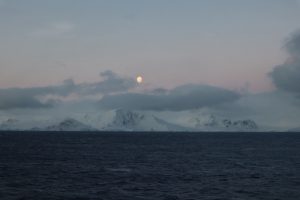 Some references for the information on climate impacts on the WAP.