A great deal of fundamental research is focused on the ecology, physiology, genetics, and oceanography of harmful algal species. Only recently, however, have efforts been devoted to research on strategies to directly mitigate blooms of these organisms. In the Anderson laboratory, we are exploring the feasibility of using clay to remove toxic cells from the water column. When certain clays are added to seawater, the small particles "flocculate" and form larger particles. In doing so, they scavenge phytoplankton cells, other organisms, and debris from the water. As these particles increase in size, they begin to sediment out, and ultimately carry clay and the captured cells to bottom sediments. If this strategy is to be employed in natural waters, fundamental information is first needed on the efficiency of different clays for different types of HAB species, the relationship between clay loading, cell concentration, and removal efficiency, the fate of the cells (and their toxins) during this treatment process, and the environmental impact of this mitigation strategy. Studies in all of these areas are ongoing at the present time, and results are very encouraging. For example, clays have been identified which can remove > 90% of the toxic or harmful algal species at clay loadings as low as 30 ppm. These removal efficiencies are being further enhanced by the addition of special polymers which bridge between clay particles, greatly increasing their ability to scavenge cells from water. The investigations on this topic involve laboratory studies in small flasks and tubes, as well as mesocosm studies in tanks or floating bags. In addition, a pilot study is planned in Puget Sound for the summer of 2000 in which clay will be added inside an aquaculture fish net. By enclosing the net pen with a perimeter skirt of plastic and then adding the clay, it should be possible to eliminate toxic algae in the immediate vicinity of the fish, without having to use broad-scale applications of clay over the entire bloom region. 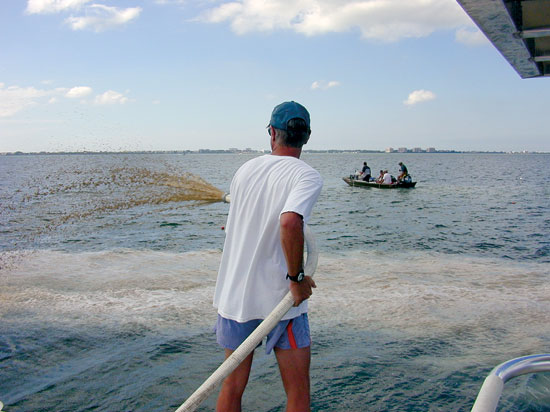 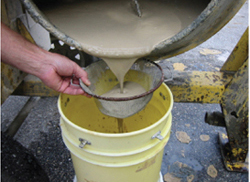