Dramatic changes are occurring in the Arctic, including rapid melting of glaciers, sea ice, and permafrost, and shifts in patterns of rain, snowfall and runoff. With present day warming leading toward massive reductions in ice cover, the biogeographic boundaries of a wide range of marine species at all trophic levels will be greatly impacted, particularly in ice-free, shallow waters of summer. Consequences include altered fish and plankton stocks, changes in benthic communities, and associated impacts on seabirds, marine mammals, and human populations. We hypothesize that another climate-related change will be a range extension of toxic or harmful algal blooms (HABs) into or within the Arctic.  Of these, the most immediate concern is with Alexandrium species responsible for the production of neurotoxins that can poison humans as well as marine animals throughout the food web.  There is strong evidence that Alexandrium spp. previously inhabited Arctic waters, but nothing is known of their present-day distribution in that region.  However, there are numerous reports of Alexandrium in the pan-Arctic region and adjacent seas, and a logical prediction is that these species will further disperse into and proliferate within the warming Arctic waters, representing a socially and ecologically significant range expansion of toxic algae. Here we propose a project to document the presence of Alexandrium in the pan-Arctic region and to establish the biogeographic origin and toxicity of Arctic populations. Specific objectives are to: 1) Establish cultures of toxic Alexandrium spp. from sediment and plankton samples collected in the Arctic Ocean and adjacent waters; 2) Characterize the taxonomy and toxicity of these strains; and 3) Obtain preliminary data on the biogeographic origin and relatedness of Alexandrium populations within the pan-Arctic region using rDNA sequencing. The results of these studies will comprise the basis of an expanded NSF OPP proposal to assess the future potential for a climate-driven range extension of HABs in the Arctic and associated risks to humans and the fisheries and ecosystems on which they depend. 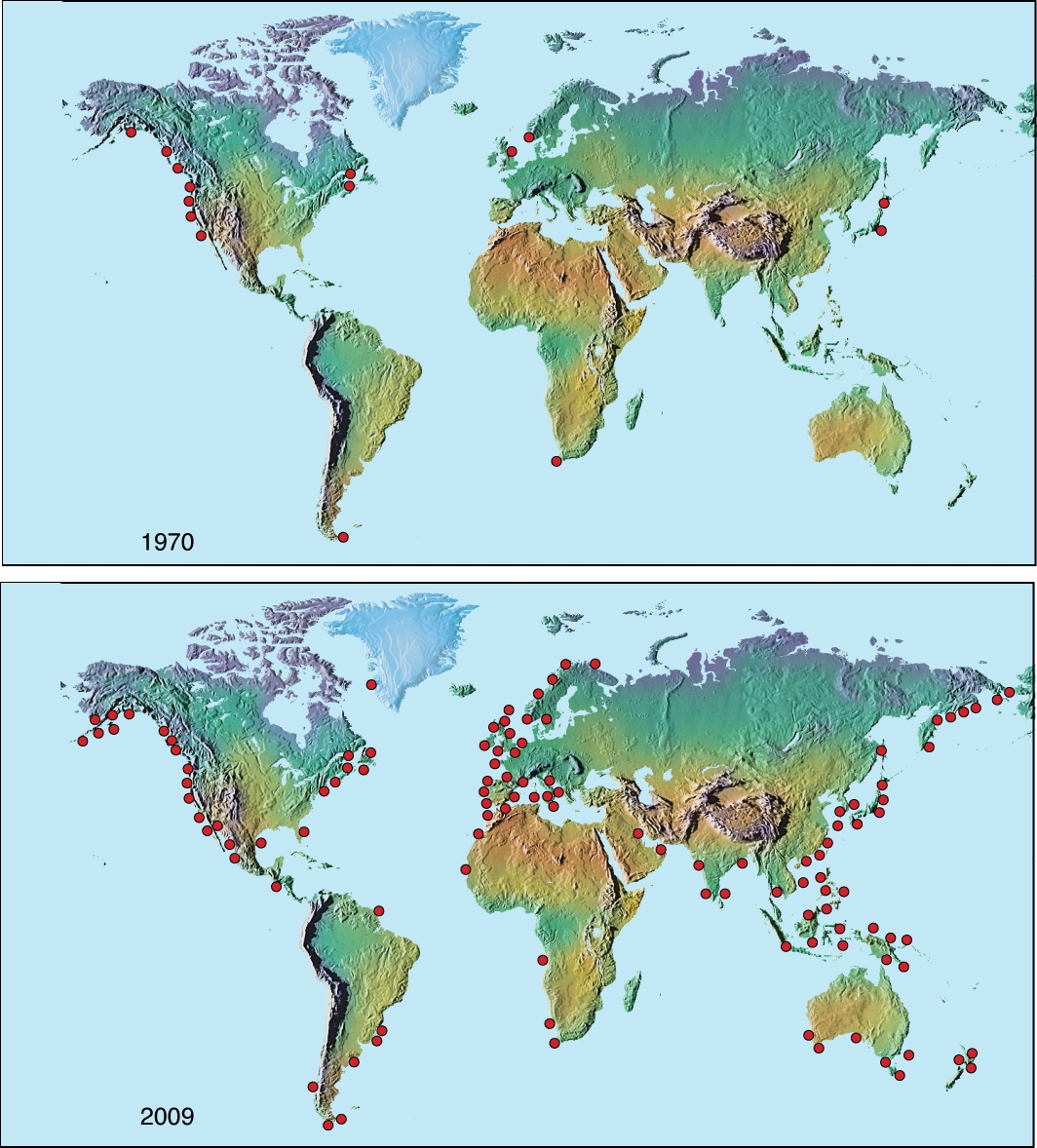 Distribution of documented PSP toxin outbreaks in 1970 and 2009. Note that observations of organisms producing PSp toxins are not included here - only measurable levels of toxicity are shown. (Credit: WHOI / US National Office for Harmful Algal Blooms) 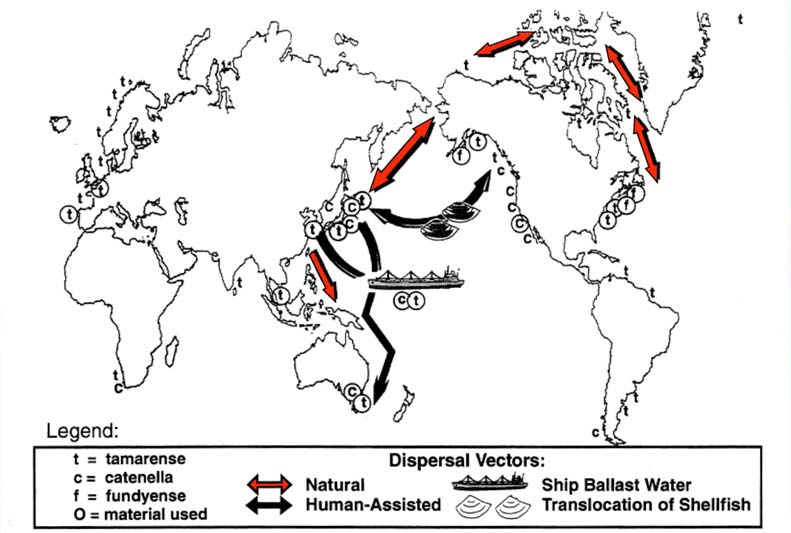