Jon Sanderman visited the lab in 2019 to use the RPO on a series of soil profiles sampled decadally since the 1960’s. Did you know that the RPO was originally called the dirt burner? His paper is now out: Ramped thermal analysis for isolating biologically meaningful soil organic matter fractions with distinct residence times 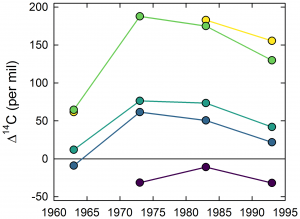 Soils contain one of the largest and most dynamic pools of carbon on Earth, yet scientists still struggle to understand the reactivity and fate of soil organic matter upon disturbance. In this study, Sanderman and Grandy found that with increasing thermal stability, the turnover time of organic matter increased from decades to centuries with a concurrent shift in chemical composition. In this proof-of-concept study, ramped thermal analyses provided new insights for understanding soil carbon.

Check Jon out in the Sample Preparation Lab: 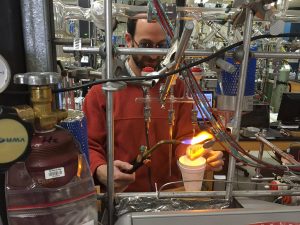