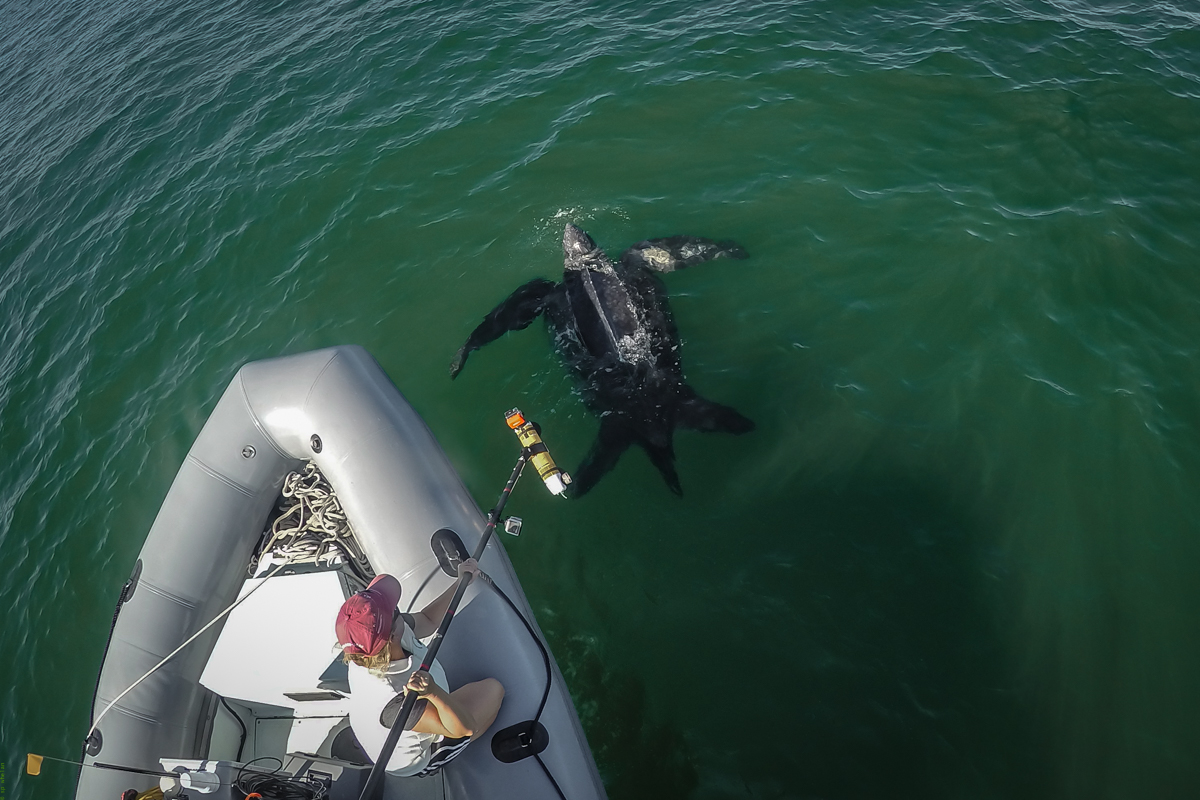 In order to study behavior changes and understand more about leatherback sea turtles, wearable cameras have been developed called transponder tags. These transponder tags are secured to the sea turtle’s shell with suction cups. The transponder interacts with a REMUS AUV, which follows the turtle, capturing data that has been unattainable beforehand. This data is imperative to learn more about this endangered breed, and what we can do to help save them.

Leatherback sea turtles are one of the ocean's most mysterious creatures. These endangered turtles travel thousands of miles each year, from the tropics to cool northern waters to feed on jellyfish. Yet despite their enormous size and worldwide distribution, we know little about their day-to-day lives in the ocean, including where, when, and how they feed. Studying these enigmatic turtles at sea is not easy, because they spend most of their time underwater. The technology to follow and image them in open water has not been available—until now.

In 2012 and 2013, we successfully followed and filmed tagged great white sharks using a WHOI REMUS-100 autonomous underwater vehicle (AUV). This “SharkCam” was so successful it was able to video document never-before-seen deep-water ambush attacks by great white sharks!

Since then, we have used similar technology to tag turtles and investigate their behavior at sea with a REMUS called “TurtleCam.”

It works like an advanced version of the game “Marco Polo.” REMUS sends out a ping ('Marco'), and the transponder attached to the turtle replies (‘Polo’). REMUS then follows the turtle, capturing its movements on video and measuring the salinity, temperature, depth, and current speed in the water around it.

Video footage from TurtleCam gives us a unique look at leatherback turtles' behavior to help us interpret traditional (satellite and archival) tag data from turtles. We are now able to:

How YOU Can Help!

We have started getting turtle reports in the waters off Cape Cod where we conduct our TurtleCam study. While we have tags and the REMUS-100 ready to go, we need funds to charter a spotter plane to find turtles at sea. Once turtles are located, we will charter a vessel for WHOI researchers to tag and track the turtles with REMUS, using the spotter plane to support tagging operations. We anticipate that funds will support two to three days of field work.