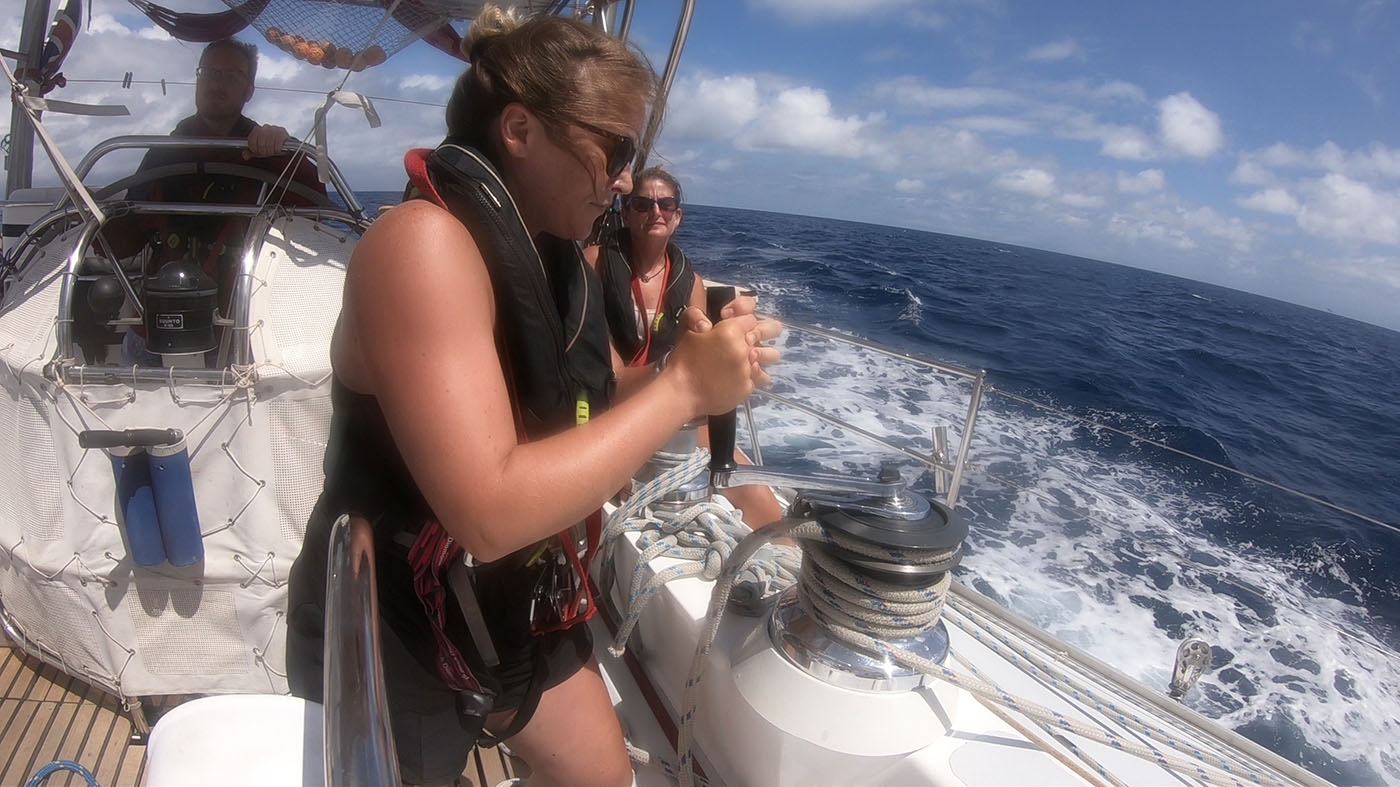 Nate steers the boat through yet another tack while Jess trims the jib and Shanley calls out orders. Photo by Richard Brooks, Lightening Strike Media Productions, Palau. 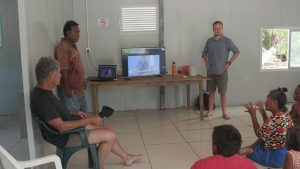 Nate (standing right) listens as one of Kanton’s 54 residents asks a question through a translator.

Yesterday we had a whirlwind encore tour of Kanton in which we picked up our instruments, took a few water samples, deployed two temperature loggers, and I gave a short presentation to the local community about our work in PIPA. Nearly all the island’s 54 residents turned out and, while the adults were interested in the science, the children were mostly taken with the pictures of orcas, manta rays, and schools of barracuda.

After a night at anchor in the lagoon, we set sail for Kiritimati. Our time in the Phoenix Islands is at an end, but there is plenty still to do. While underway, we must download data and prepare the instruments for shipping, and coral and water samples must be carefully labeled, organized and stowed for the long transit. We also hope to take several underway hydrocasts on the way back, if weather permits.

In addition to wrapping up the science expedition, we are once again part of the crew of the Sea Dragon. On the way to Kanton, the wind was at our backs, and we were able to set a straight course to our destination. Now, on the way back, the wind is against us and we have to tack (turn) frequently to work our way upwind along a zig-zag path. This will result in a longer, more complicated course and we will get to learn some new sailing skills.

The stronger wind is also bringing in some nice squalls that, hopefully, won’t last too long. In the meantime, we settle in for the long haul, and catch up on some much-needed sleep.