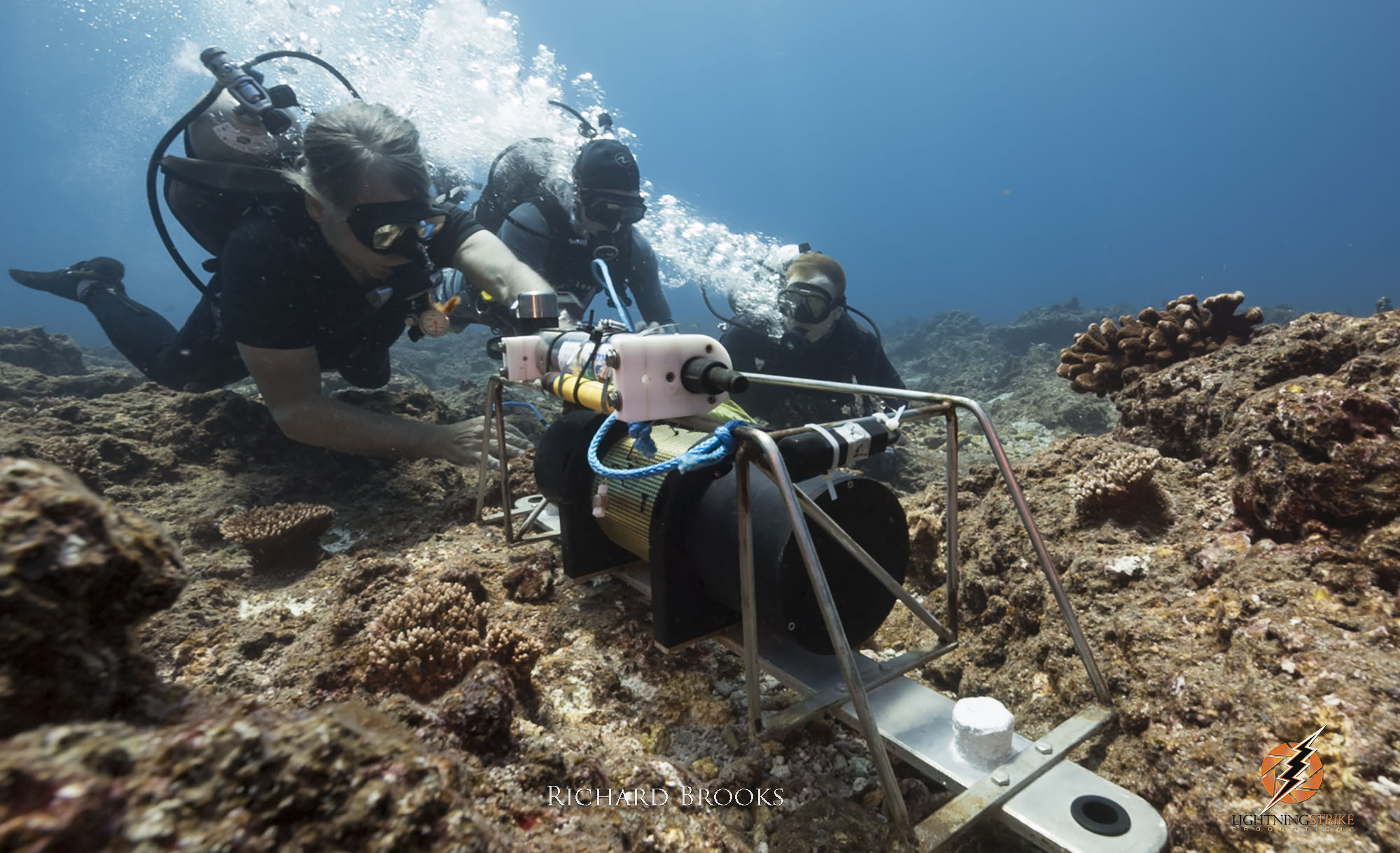 It’s our first day at Kanton, and the work started bright and early. Yesterday we anchored just inside Kanton’s 11 kilometer-wide (6 mile) lagoon after motoring in through a narrow channel. This channel is the only major connection that the lagoon has with the open ocean. As the tide goes up, water rushes in, only to course back out when the tide ebbs. One of our key missions here is to study the water entering and exiting the lagoon, and the first thing on our list is to deploy an instrument package right in the middle of this channel.

As our driver, Jess, took us out in one of the tenders, the small engine had to work hard to get back into the channel. With the tide rising, the water was flowing into the lagoon, which made deploying the instrument package a challenge. We rolled into the shallows at the northern edge of the channel and began to move the instruments into place towards the center. The current was ripping and we dropped to the bottom as quickly as possible, so no one would get swept away. Carefully, we edged out to the target and set the package in place. 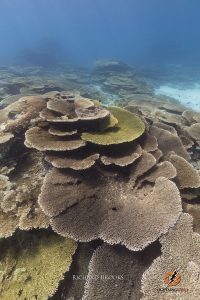 Although the instruments are housed in a heavy metal frame, we tied it down in both directions (in and out of the lagoon) to make sure the current doesn’t run away with our valuable goods. The process was slow as we fought the current, but we finally finished and scrambled back to the shallows like underwater rock climbers. Despite conditions, the deployment went well and we returned to the ship tired but satisfied.

After lunch, the team headed into the lagoon to do some less intensive, but astoundingly beautiful benthic surveys. We arrived at a patch reef called Coral Castles, known for its massive table Acropora, which fan out in large canopies and provide homes for juvenile fish and invertebrates. In the calm lagoon waters these corals form massive towers, high enough that the tops are exposed at low tide.

Our surveys will determine how this community has fared since the 2015 El Niño and how much it has changed over the last 16 years. We will add to this information tomorrow by collecting skeletal cores from massive, long-lived Porites colonies. The skeletal growth characteristics and geochemistry we get will help us investigate changes in colony feeding habits and growth during El Niño.