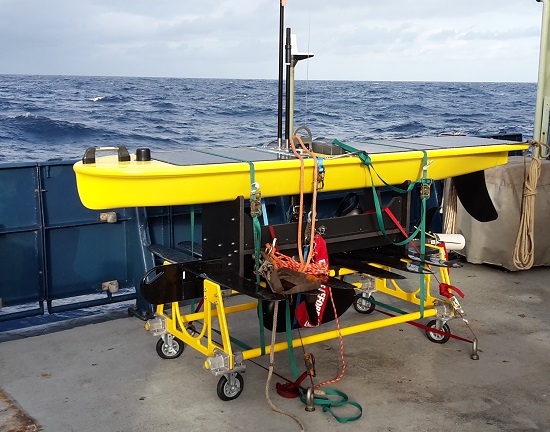 Wave Gliders are autonomous surface vessels (ASVs) designed for deep-water supervision. By acting as a communications relay, a Wave Glider can monitor and redirect autonomous underwater vehicles (AUVs) like Sentry even while remote from the vehicle, allowing the AUV to operate independently from a research ship.

To do this, the Wave Gliders house a WHOI Micro Modem. One of the payload modules contains an Iridium modem/GPS receiver module that relays messages to and from the Micro Modem over Iridium as Short Burst Data (SDB).

Unlike a vehicle requiring launch and recovery on the same schedule as the AUV, which could be a burden to operations teams and clutter the deck, Wave Gliders are capable of remaining deployed between dives, ideally for an entire cruise.