The ITP and one Ice Mass Balance Buoy (IMB) buoy were deployed on a 4 m thick multiyear ice floe.  The ITP operated on a fast sample schedule of 6 one-way profiles between 10 and 750 m depth each day. 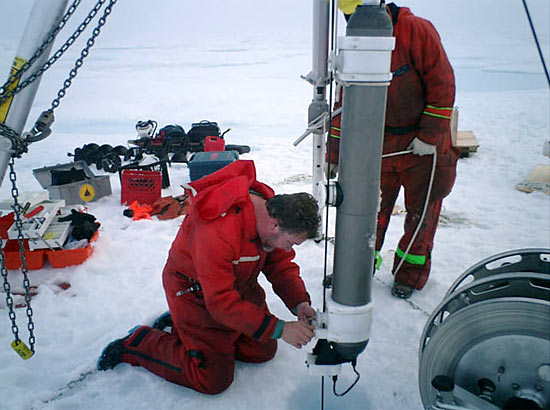