Four ITPs, deployed between 2006 and 2009, have provided year-round dissolved oxygen (DO) measurements from the surface mixed layer to 760 m depth under permanent sea-ice cover in the Arctic Ocean. Long-term calibration drift of the oxygen sensor  can be characterized and removed by referencing to recent calibrated ship DO observations on deep isotherms. Observed changes in the water column time series are due to drift of the ITP into different water masses and also to seasonal variability, driven by both physical and biological processes within the water column. Several scientific examples are highlighted that demonstrate the considerable potential for sustained ITP-based DO measurements to better understand the Arctic Ocean circulation patterns and biogeochemical processes beneath sea ice. 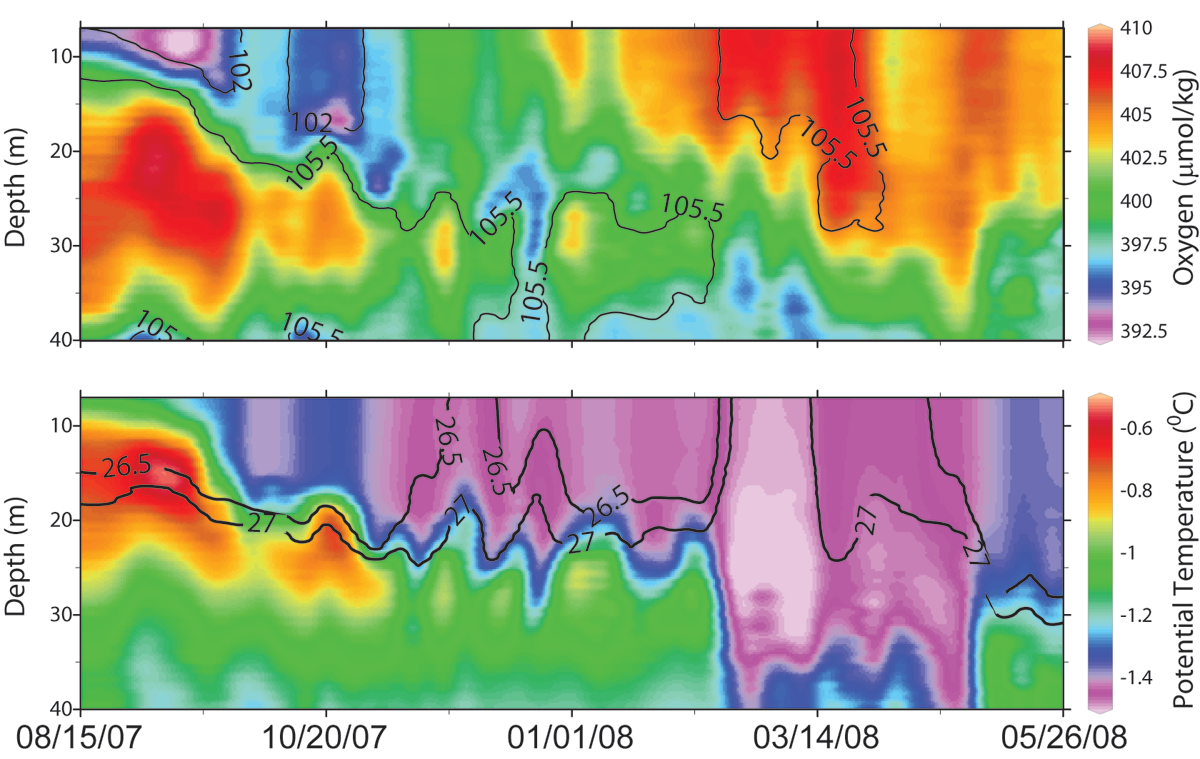