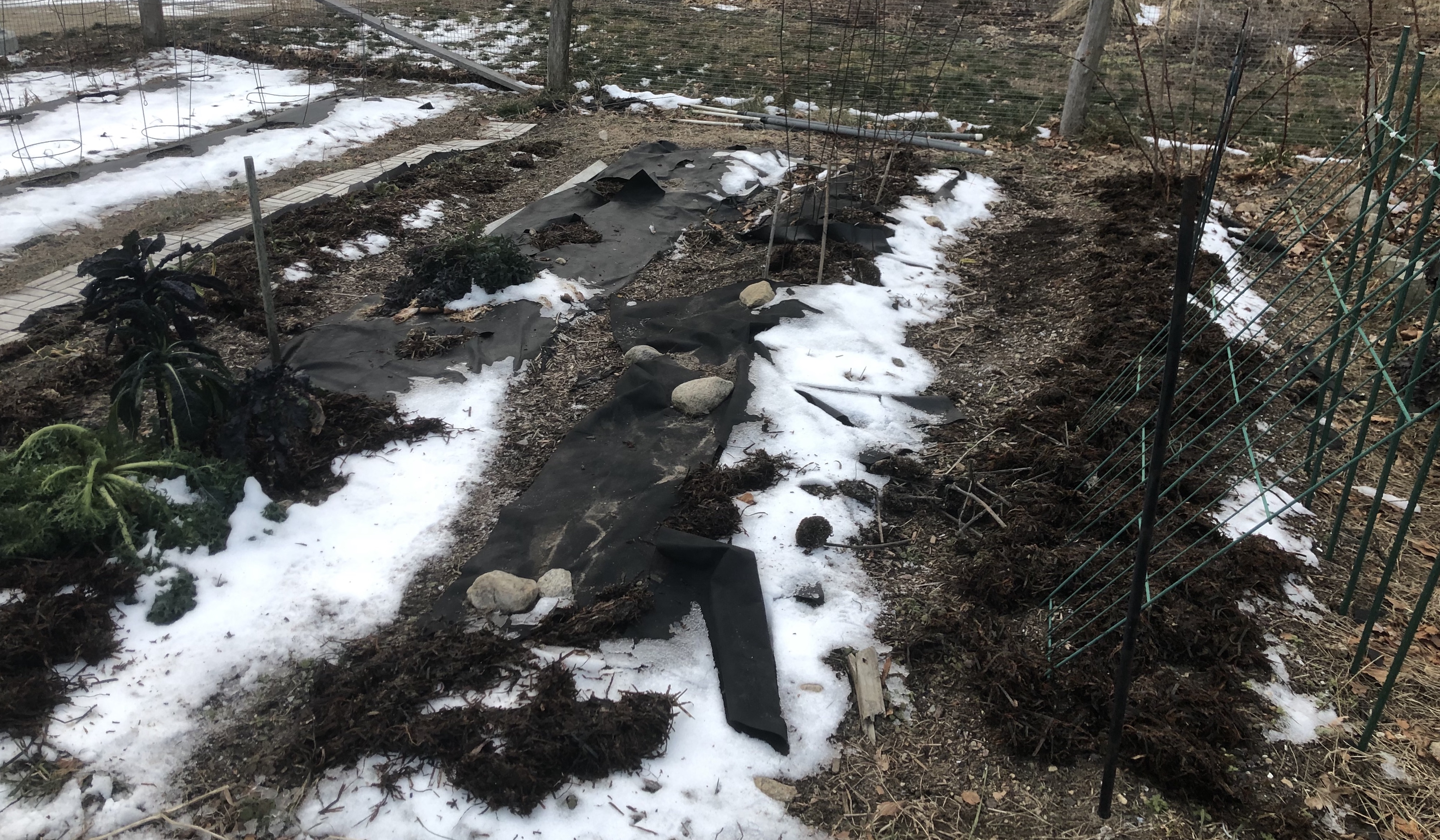 We fat all creatures else to fat us, and we fat ourselves for maggots … A man may fish with the worm that hath eat of a king, and eat of the fish that hath fed of that worm.

I was tasked recently with finding and collecting some eelgrass, that slimy green seaweed, to act as fertilizer and mulch for a local garden plot. The hunt led me down some unexpected paths, including following tips from friends who had seen it while swimming (because yes, for some reason, I have multiple acquaintances who swim off of Cape Cod in January), and emailing the Waquoit Bay Estuarine National Estuarine Research Reserve to find out the rules about harvesting it. (Note: Collecting eelgrass on the Waquoit Bay Research Reserve is not kosher.)

All the running around hunting for eelgrass got me thinking philosophically about decomposition.

Decomposition is different: It’s coming apart. Falling apart. Decay. Disintegration. It’s scary. It’s entropic. It’s often not pretty to look at. But it’s necessary, of course. I started thinking about decomposition while hunting for eelgrass because of what the eelgrass is for: It will sit on a garden plot until spring. It will rot. The nutrients trapped in the wet green blades of eelgrass will be liberated into the soil. They will feed the plants come spring. Circle of life and all that. Anyone who’s seen The Lion King should understand, right?

I think we understand this, intellectually, but we don’t live like we understand it: Our lives are productivity oriented. We measure worth in terms of what stuff we have put together, what we have produced—scientific papers, economic growth, etc. Which is all very well and good. Like I said, I like making stuff. I like putting stuff together. I like the new plants that grow in spring. But thinking about production and ignoring decomposition always ends up diluting the worth of the production. The garden needs the eelgrass to decay. The tomatoes and basil must feast on dead things in order to grow. Furthermore, the decomposition needs to happen under certain conditions—in terms of timing and placement—that make it useful in maintaining and feeding the ecosystems we care about. Put our food waste in a landfill and it won’t be any use for enriching the soil. Send sewage into the aquifer and it will poison our drinking water. Decompose fossil fuels too rapidly in the name of economic growth and we pollute the atmosphere with carbon dioxide that warms the planet. Unfortunately, we don’t live in a society that puts enough thought into the value, timing, and placement of decomposition. We don’t live in a society that puts our best resources into waste management.

Because I’m a literary person, I put faith in art and writing to change the nature of the way people think, so I wonder whether we might have more support for large-scale, institutional change surrounding issues of waste management if we placed a greater aesthetic value on decomposition. I mean, how might we all think differently if we spent as much time glorifying the beauty of things falling apart as we do glorifying the beauty of putting things together? The beauty of heavy eelgrass slime giving way to bleached, rustling, eelgrass skeletons, shivering like so many handfuls of paper confetti over the soil. The beauty of worms churning that rotted vegetable into dark compost.

The podcast Radiolab, out of my home radio station WNYC, has an episode with a beautiful anecdote of oceanographic decomposition. It tells the story of a whale carcass hitting the ocean floor, and the process of its decay in this alien environment, feeding life that hasn’t been observed anywhere else besides on the body of a dead whale. My favorite moment is the description of a field of ghostly white worms growing off the whale flesh: “Sometimes, the sediment around whale fall looks like a lawn of grass where these worms are just wriggling sticking up out of the sediment and waving back and forth,” explains benthic ecologist Craig Smith in the episode.

This is not the first time I have hunted eelgrass for a garden. Hunting eelgrass is not a common occupation for New York City children, but I have a memory of some summer weeks during high school spent with family in Downeast Maine (yes, I guess I was one of those “Summer People”). Some friends of ours in the area were a retired couple, Gary and Dana, who lived on the shores of Frenchman Bay, in an old wooden house with a dock on the Bay. On a particular summer evening, my task was helping Gary pull eelgrass out of the mud just off the dock with a pitchfork and piling it in buckets. I don’t remember Gary asking for help and I don’t remember offering, it was simply the understanding that this is what I would do, if I wanted the company of his conversation, which I did. Gary was a retired engineer. He wore denim jackets with Dana’s embroidery on them, and cowboy hats, and he spoke a bit too assertively, a man who was accustomed to authority. He talked about chopping wood for the winter and protecting the dogs from porcupine quills and the unpleasant gun-happy neighbor, and other rural things that were largely unfamiliar to me. He always made eye contact when he spoke with you, which I appreciated. My arms got slimy with eelgrass while he dipped the pitchfork into the water and tugged and swung each new harvest onto the dock. In the distance, our dogs, those belonging to my family and to Gary and Dana, barked and yelped as they hunted crabs. The sunbeams slanted off to the right of the dock and glittered on the water. I enjoyed the mud and the smell of slime and the soreness in my muscles. I didn’t say much and I was very happy. I had no idea what the eelgrass was for.

Some years later, when I returned to Maine, I was warned that Gary was sick. I asked no questions and felt nothing until I saw him. Dana led him out of the house and I understood: His eyes and smile were unfocused. There would be no more summer evenings of eelgrass and conversation. He was sick in a way I recognized well. One of my grandfathers, a man I loved and admired dearly, had already died after years of dementia. My other grandfather now showed the same signs of illness. I knew when I saw the man holding Dana’s arm that Gary was gone, although his funeral was not held until some years later in Boothbay Harbor.

Sometimes decomposition is scary, and very, very sad. I had forgotten that summer evening on the dock with Gary, until a few days ago, when I was asked to collect eelgrass for a garden plot.

Now that I’ve remembered, I’m glad of it.