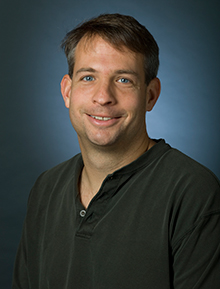 My research utilizes recordings of the ground motion produced by earthquakes to constrain the basic physical properties occurring within fault-zones during earthquake rupture.  I utilize both the dynamic wavefield (seismology) radiated by ruptures and the permanent deformation left behind after the shaking subsides (geodesy).   The majority of my contributions have focused on the seismicity and deformation of two types of plate boundaries, oceanic transform faults and subduction zones.  I developed new analytical techniques in both seismology and geodesy including the ability to resolve the “fault-plane ambiguity” that traditionally prevented seismologists from identifying the orientation of earthquake rupture surfaces from the radiated wave field.  My research program at WHOI is actively pursuing the connection between rock mechanics processes, fault-zone geology/structure, and individual earthquake ruptures in both transform fault and subduction zone settings.  Our group demonstrated that East Pacific Rise transform fault earthquakes have the highest degrees of both short and long-term predictability owing to their relatively simple geometrical and geological structure and the preponderance of aseismic fault slip on these faults. We have developed and deployed the first U.S. Instrumentation for recording large earthquakes on the seafloor.