In July 2016 we installed a subseafloor seismic and geodetic observatory in the IODP 1364A ACORK observatory offshore of Vancouver Island. Our system was built with funding from the W. M. Keck Foundation and installed using funding from The National Science Foundation including the use of WHOI's ROV JASON. The movie below shows the installation of the borehole instrument package into the (heavily biofouled) ACORK observatory. The system contains a broadband seismometer, two high resolution tiltmeters, two low resolution tiltmeters, an absolute pressure gauge, and numerous thermistors. The system is currently awaiting power and telemetry to be enabled at a new node of the Ocean Networks Canada observatory in early 2017. Once enabled, it will provide realtime seafloor geodetic data through the ONC and IRIS datacenters. 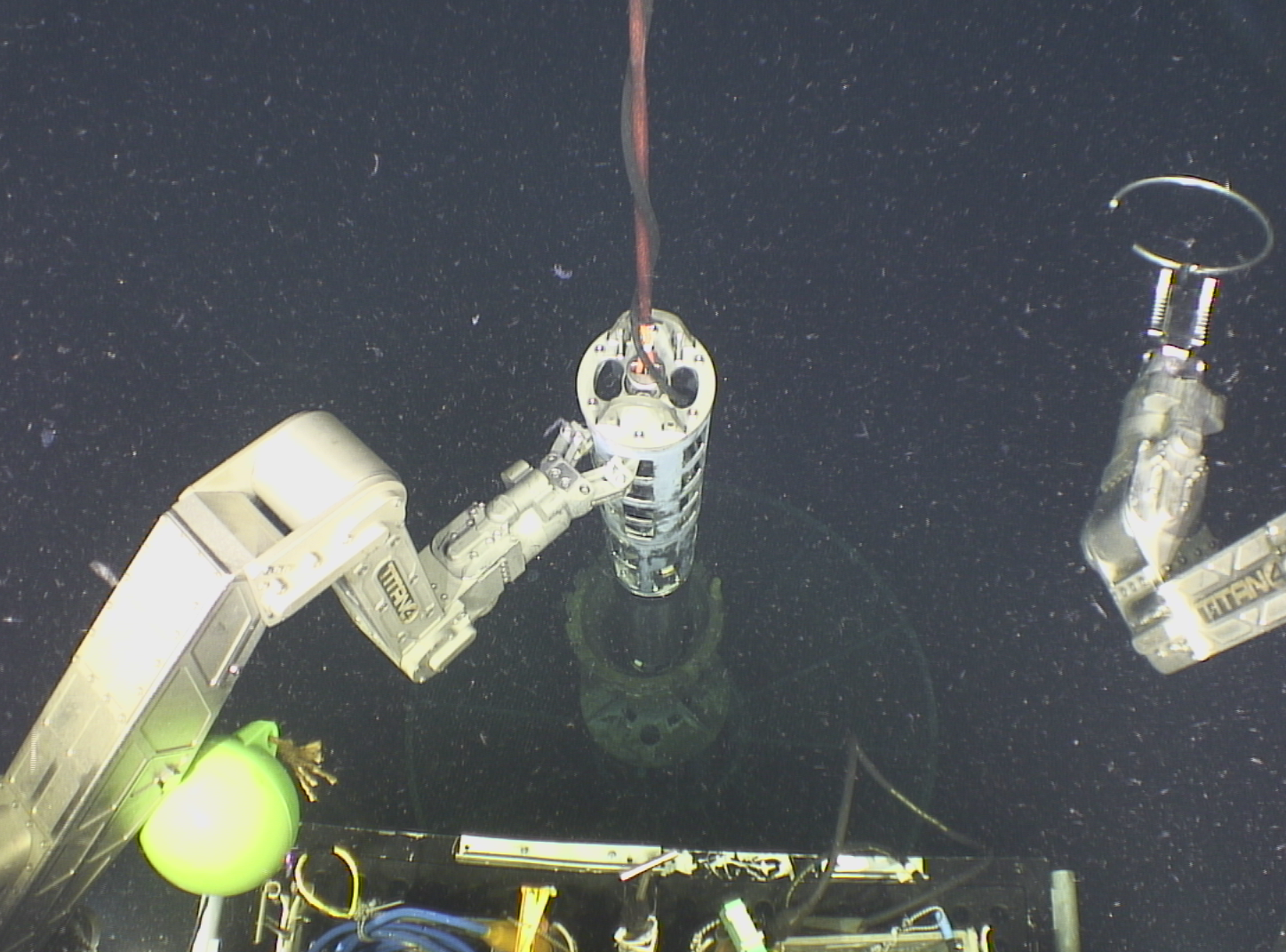 Jason dropping the borehole instrument package into the ACORK observatory. 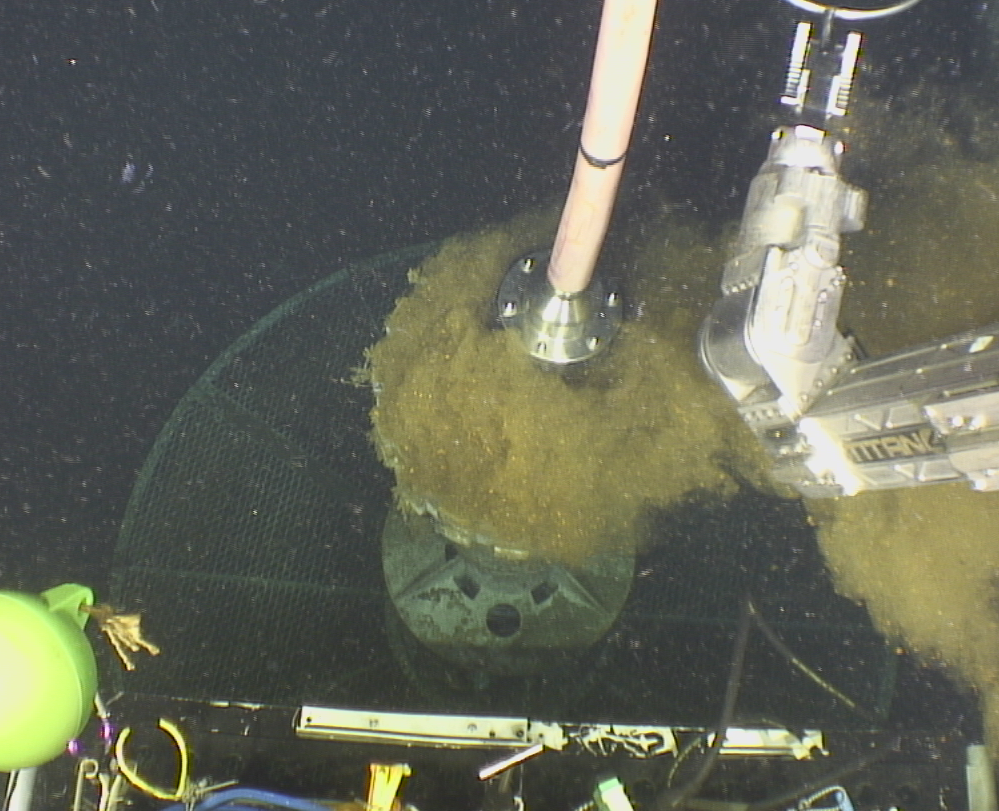 The Borehole Instrument Package (BIP) shortly after Jason had released it into the ACORK borehole. Due to extensive biofouling near the mouth of the borehole, the BIP was temporarily stuck while its weight acted like a plunger to unclog the borehole. 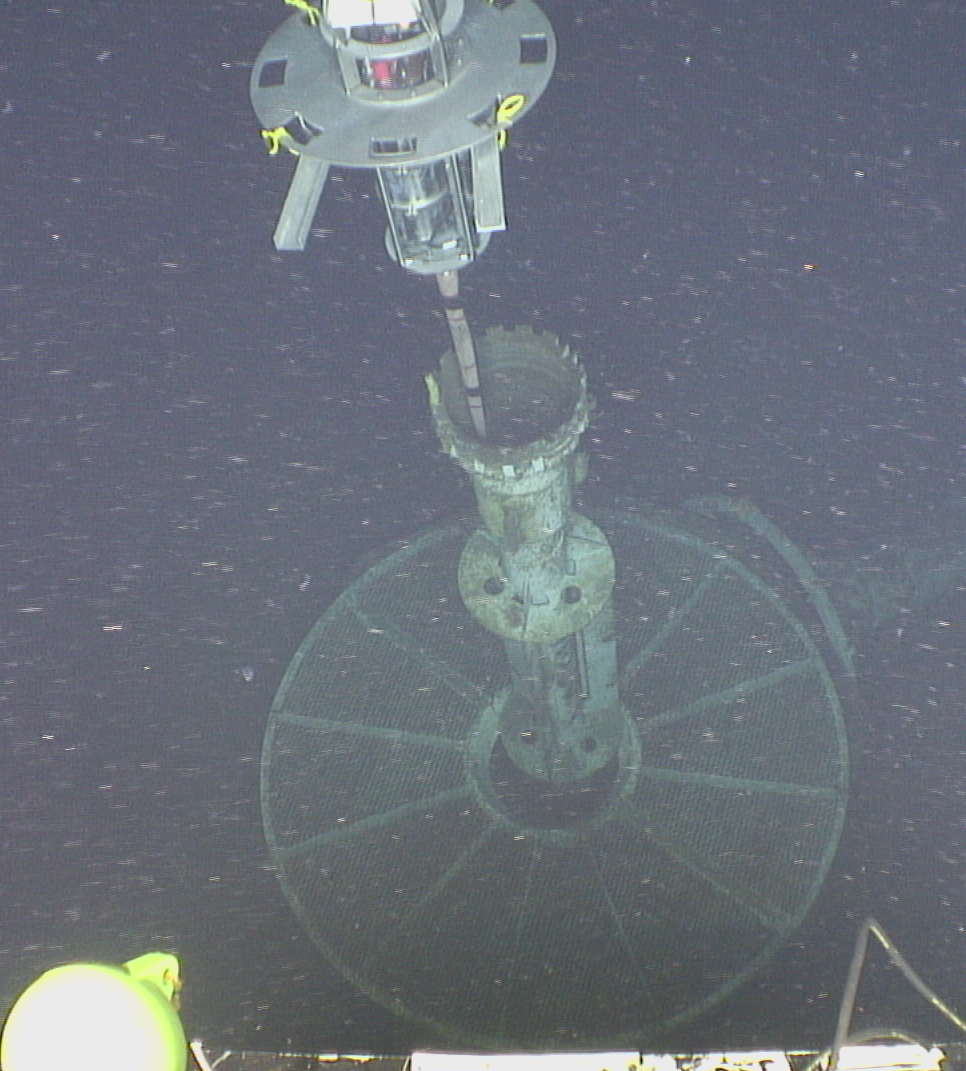 The Seafloor Interface Module (SIM) hitting ACORK after the 300m instrument string has sunk all the way to the bottom of the borehole pulling the SIM down to the well head. The SIM contains the electonics for interfacing between the ONC cable and the sensors in the borehole 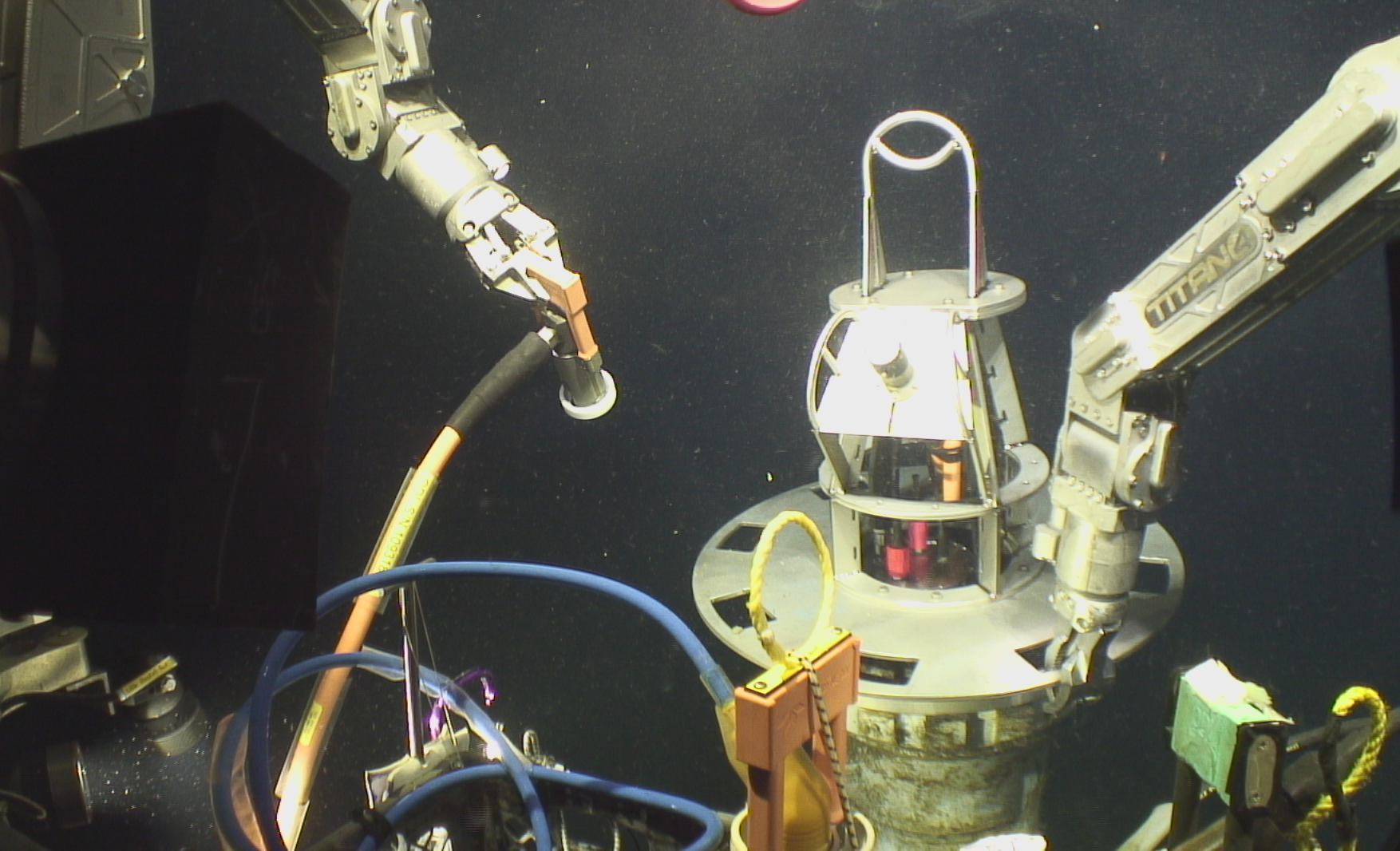 WHOI's ROV Jason plugging a wet mateable extension cable into the SIM to connect it with the nearby ONC observatory's junciton box. 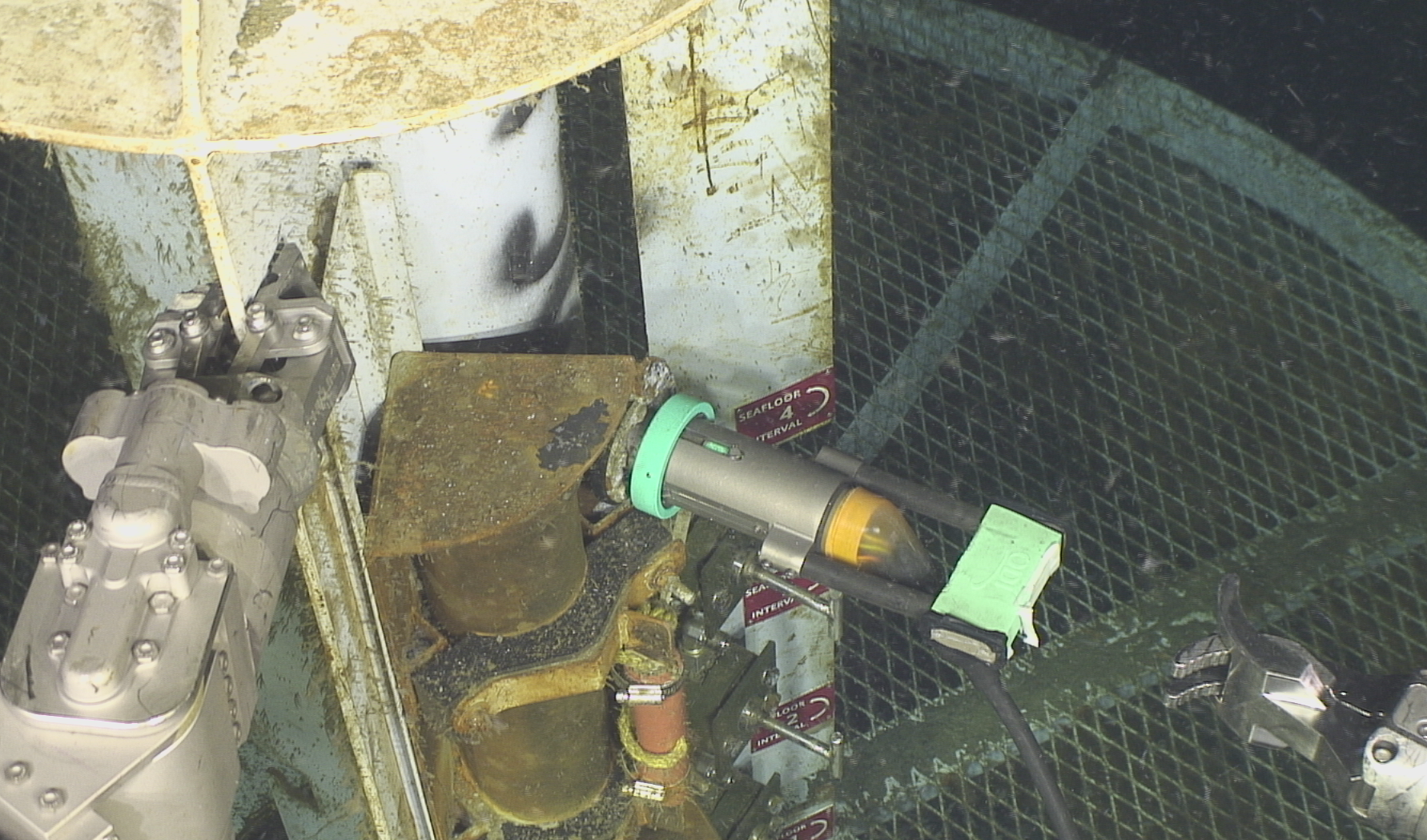 Jason plugging in a wet mateable extension cable into the ACORK pressure logging system to connect it up with the nearby ONC junction box.