Penguins are a group of aquatic, flightless birds living almost exclusively in the southern hemisphere and are highly adapted to life in the water.

Penguins are long-lived species, which come back to the land for breeding in dense colonies, lay one or two eggs, and take several months to raise their chick(s).  Most penguins feed on krill, fish, and squid, caught while swimming underwater. The emperor penguin is the only species to breed during the harsh Antarctic winter, on sea ice. Penguin can dive at incredible depth. A female of emperor penguin has dived to a depth of 535 m (1,755 ft) near McMurdo Sound.

Penguins are extremely sensitive to climate change. The International Union for Conservation of Nature has listed 60% of the 18 penguin species as vulnerable or endangered, and the impact of climate on the food web and habitat is one of the most commonly suggested causes of population decline. Even abundant species like the Macaroni penguins are in steep decline.

In Antarctica, changes in sea ice have altered the breeding and feeding habitat quality and availability for several penguin populations. Temperate penguin species have also been affected by climate changes, such as sea surface temperature or global climate oscillation, such as the El Niño Southern Oscillation.

Our goal is to understand and predict penguin population responses to climate change. To do so, we are studying several penguin species from Antarctica to sub-Antarctica. Our group includes international and interdisciplinary collaborations, involving penguin scientists, mathematical ecologists and climatologists.  By combining information on the life history of the penguins, the impacts of climate conditions and the forecasts of future climate change from climate models enabled us to show that global emperor penguin population will decline drastically, and many colonies will face substantial risk of extinction by 2100 (Jenouvrier et al. 2014, Oli, 2014, Jenouvrier et al. 2017, Jenouvrier et al. 2020). Thus, we believe that emperor penguin is fully deserving of Endangered status due to climate change, and can act as an iconic example of a new global conservation paradigm for species threatened by future climate change.

Most recently, we combined what we know about the life history of Emperor Penguins with different potential climate scenarios outlined in the 2015 Paris Agreement, to combat climate change and adapt to its effects. We estimated that the total number of Emperor Penguins will decline by 86% relative to its current size if nations fail to reduce their carbon dioxide emissions. However, in a scenario in which the world meets the Paris climate targets, we project that the global Emperor Penguin population would nearly stabilize by 2100, and that viable refuges would remain available to support some colonies. In an article in The Conversation, Dr Jenouvrier concluded “Curbing carbon dioxide emissions has critical implications for Emperor Penguins and an untold number of other species for which science has yet to document such a plain-spoken warning.”

Penguins: Canaries in the mine of climate warning. (Author:  Benoit Leblanc) 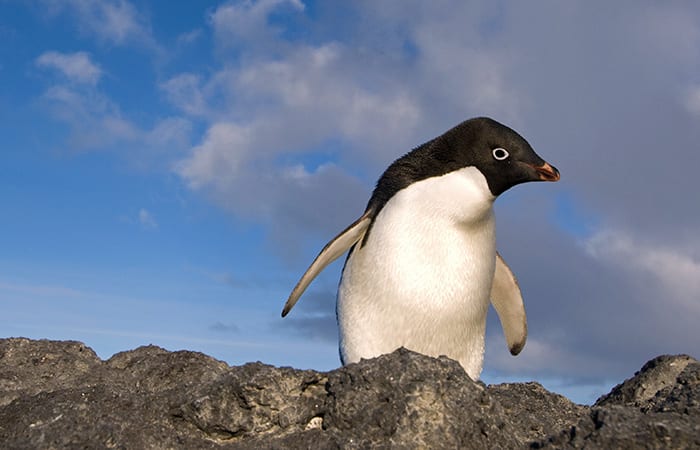 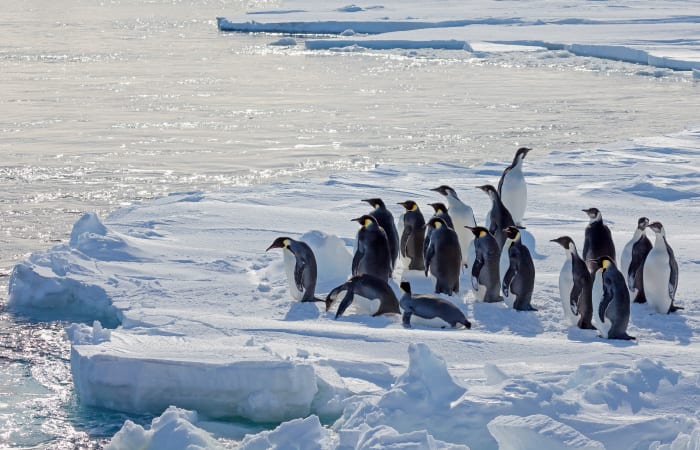 The Decline and Fall of the Emperor Penguin?
Climate Change and Shrinking Ice Threaten Polar Birds
from Oceanus magazine November 2013 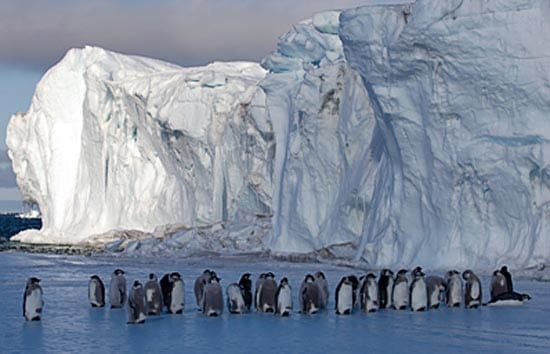 Are Emperor Penguins Marching to Extinction?
from Oceanus magazine September 2009