An important feature of coastal margin and island systems in the high nutrient low chlorophyll (HNLC) waters of the Southern Ocean is greatly enhanced levels of productivity during the austral summer.

An important feature of coastal margin and island systems in the high nutrient low chlorophyll (HNLC) waters of the Southern Ocean is greatly enhanced levels of productivity during the austral summer. This "island effect" has been hypothesized to be due to iron release from the island and shelf systems into the surrounding waters, thus allowing primary production to occur in these otherwise barren HNLC zones. The precise release mechanisms and the magnitude of dispersion and fate of any released Fe remains unclear. However, in terms of lateral dispersion and vertical mixing of Fe containing water into the euphotic zone, the use of natural radio-tracers represent a powerful tool to track these inputs and their transport to adjacent waters.

The large-scale input of radium isotopes along the coastline is akin to a purposeful tracer release, with the short-lived radium isotopes providing the rate of dispersion based on their decay as they mix away from the source. To this end we have used radium isotopes to identify the pathways and rates of supply of iron fueling phytoplankton blooms in three Southern Ocean environments: downstream of the Antarctic Peninsula and Crozet and Kerguelen Plateau regions. Our studies have generally focused on evaluating rates of vertical and horizontal Fe input. The vertical source is derived from deep water Fe mixed to the surface via enhanced mixing due to interaction of the Antarctic Circumpolar Current (ACC) or tidal flows with the shallow bathymetry of the plateaus. Horizontal sources include island runoff combined with diffusive input from plateau sediments carried by subsurface horizontal advection into the bloom region. 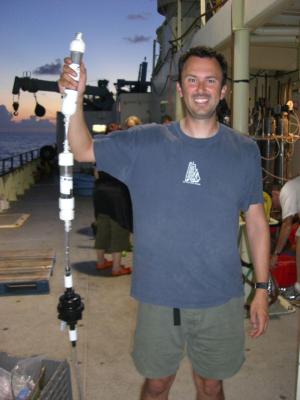 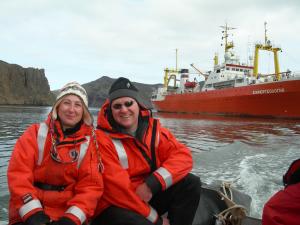 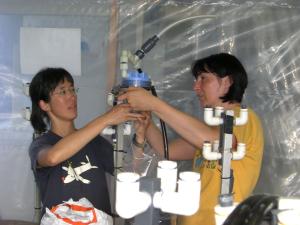