A Crossroads of the Atlantic Meridional Overturning Circulation: The Charlie-Gibbs Fracture Zone

The objectives of this experiment were (1) to obtain an improved direct estimate of the mean and low-frequency variability of the deep westward transport of the Iceland-Scotland Overflow Water through the Charlie-Gibbs Fracture Zone (CGFZ), and (2) to gain a better understanding of the causes of the low-frequency variability in the transport of overflow waters through the CGFZ, especially of the role of the North Atlantic Current in generating this variability. The mooring deployment and recovery cruises were on German research vessels, courtesy of Drs. Monika Rhein and Dagmar Kieke: the R/V Meteor cruise M82/2 in August 2010 and R/V Maria S. Merian cruise MSM 21/2 in June 2012, respectively. The CGFZ moored array complemented other moored arrays being maintained by German scientists just west of the CGFZ (Pressure Inverted Echo Sounders, or PIES) and the Faraday Fracture Zone (current meter and microcat moorings).

A set of eight moorings were set up across the CGFZ to measure the intermediate and deep water variability for a two-year period, from a depth of 500 m to the ocean floor. The moorings held a total of three McClane Moored Profilers (MMPs), 10 Nortek and 18 Aanderaa current meters, and 36 Seabird MicroCATs, deployed from 18-20 August 2010 through 28-30 June 2012. This yielded a nearly two-year record of velocity, temperature, salinity and pressure. The MMPs profiled every five days, and resulted in a high resolution time series of temperature, salinity, pressure and velocity data across the interface between the generally eastward flowing Labrador Sea Water carried underneath the North Atlantic Current, and the westward flowing deep Iceland-Scotland Overflow Water.

This project was generously supported by a grant from the National Science Foundation. 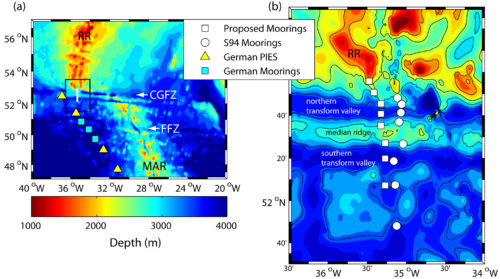 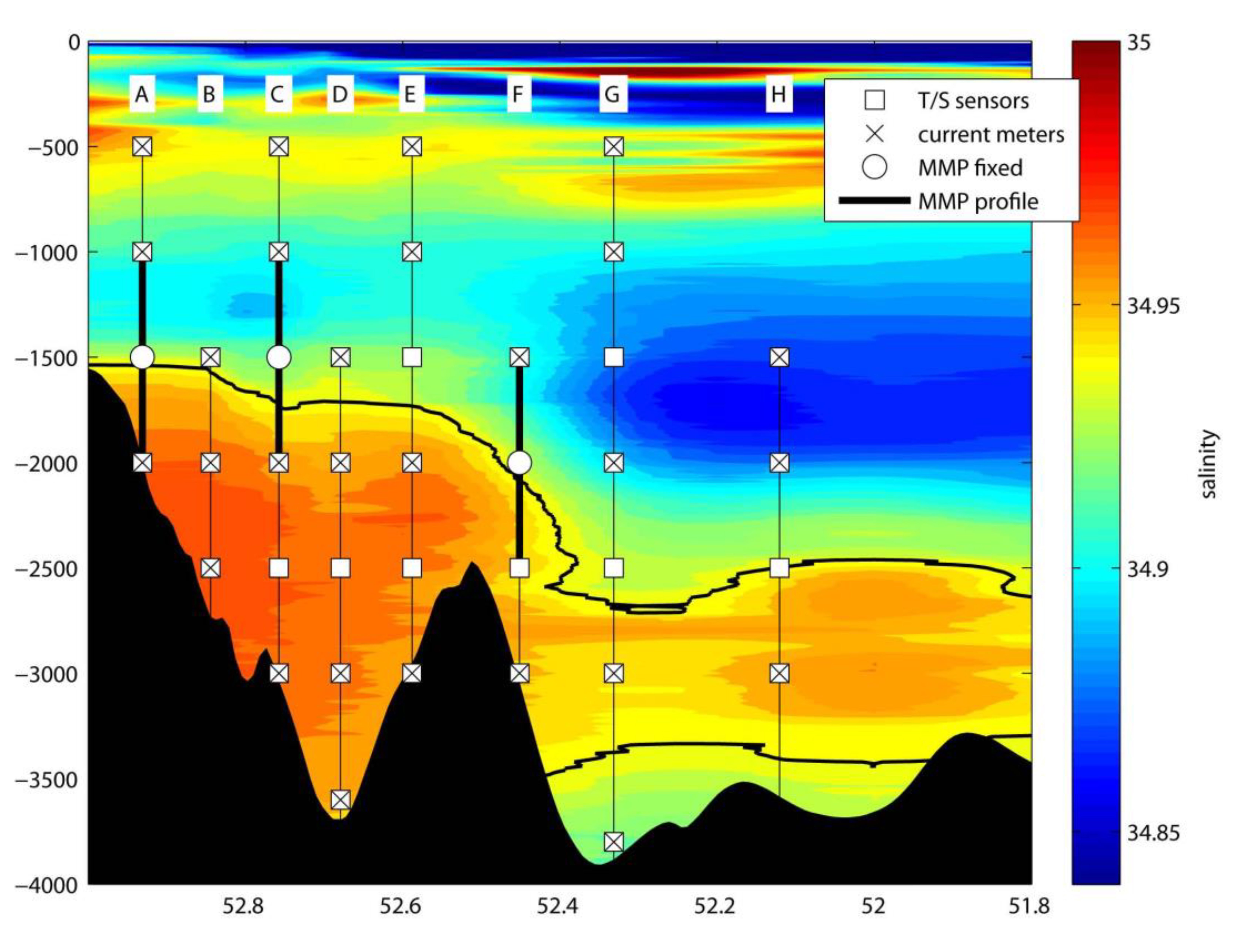