Deep Water Dispersion Experiment: The Analysis of Possible Consequences of Oil Spills in the Western Gulf of Mexico

This project is a component of a larger proposal which focus on evaluating the potential consequences of large-scale oil spill scenarios in the deep waters of the Perdido region of the northwestern Gulf of Mexico, by focusing on physical transport and dispersion processes as well as an assessment of its potential impact on various key biological components and ecological processes of the Gulf of Mexico ecosystem.

The importance of the region is two-fold. First, PEMEX Exploración y Producción (PEP) has plans to extract oil in the deep waters of Perdido in the coming years following the confirmation of the existence of substantial reserves. It is therefore of crucial importance to be able to assess the potential consequences of a large-scale oil spill in this region in particular. Second, focusing on one region allows us to address simultaneously, in an efficient and cost-effective way, the study of the physical processes responsible for the dispersion and transport of hydrocarbons between deep waters and coastal regions, as well as on the assessment of environmental impacts on the ecosystems of the open ocean, the benthos, and key coastal regions (especially those in the state of Tamaulipas). The Perdido region will thus serve as a model system in which an integrative approach will be used to examine the potential consequences of different large-scale oil spill scenarios in the deep water region of the Gulf of Mexico.

The Deep Water Dispersion Experiment (DWDE) component of the proposal outlined above has a long-term goal to improve the predictability of pollutant transport in the Gulf of Mexico, both at the sea surface and throughout the water column. Such forecasting will help to expedite oil spill containment and minimize damage to coastal and deep water resources. A significant part of the overall program of the SENER-CONACYT fund is to develop high-resolution ocean circulation models to forecast the spread of a contaminated patch of water. These models must include, either explicitly or with accurate parameterization, the most important transport mechanisms in the Gulf of Mexico. Our main objective is to provide new information on these mechanisms using subsurface floats, surface drifters and ocean gliders with which numerical models can be verified and improved in the deep water region of the Gulf of Mexico.

The use of Lagrangian trajectories (including acoustically tracked subsurface RAFOS float data) is critical to correctly parameterize the effects of small-scale oceanic features since even state-of-the-art numerical models cannot resolve all scales of motion of real ocean flows.

The Bower Lab is primarily responsible for the RAFOS float component of the DWDE, including deployment of RAFOS floats and sound sources, float data processing and data analysis and interpretation.  Acoustically tracked RAFOS floats were released at two depths (300 and 1500 m) at several positions across the continental slope of the western Gulf of Mexico in the latitude range 24º-26ºN. Sets of 21 floats each were released four times (D1-D4), twice in 2016 and twice in 2017, to capture seasonal variability in dispersion pathways.

The RAFOS component of this project has been completed, and analysis is underway .... 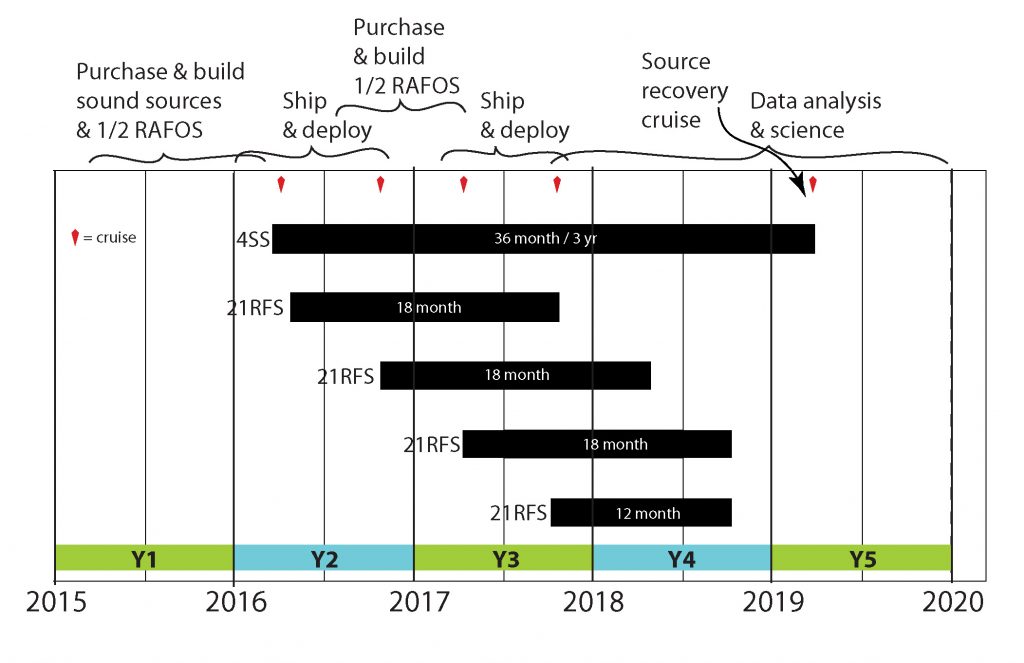 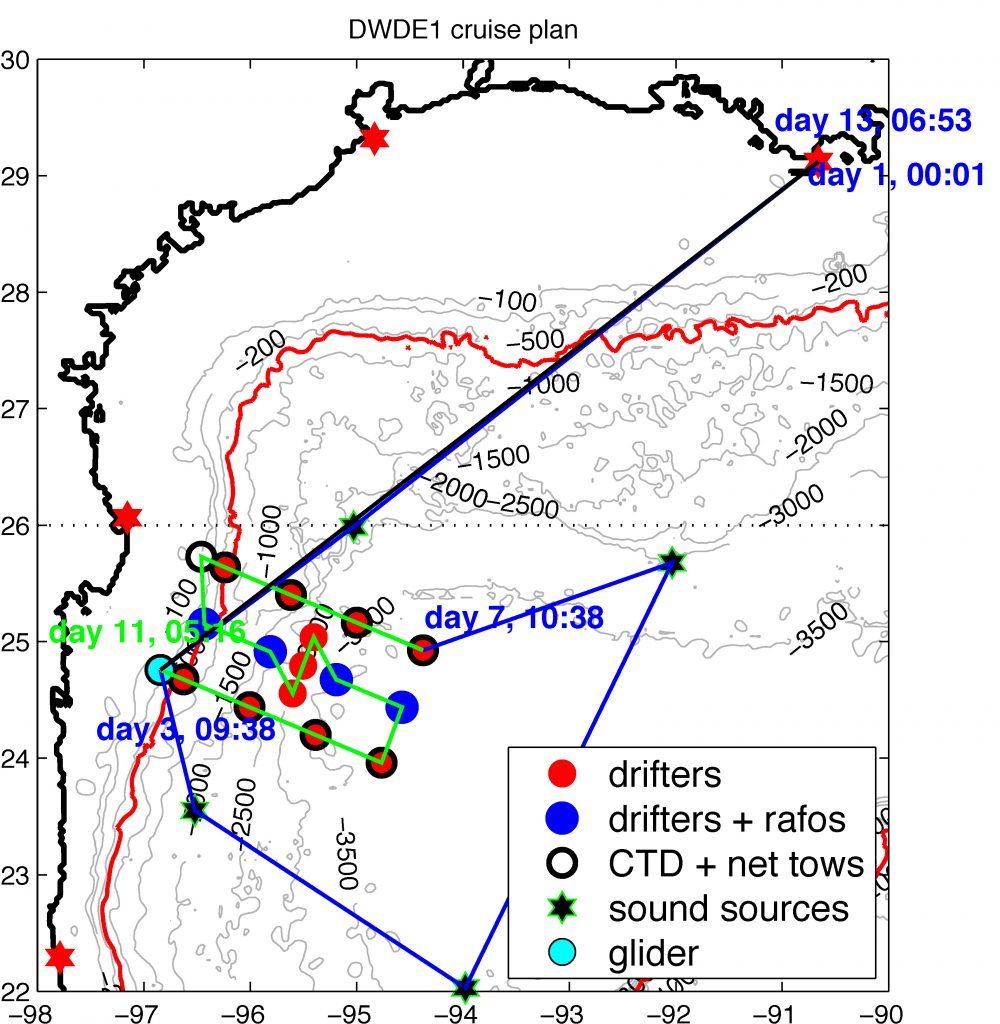 First results show that dispersion of particles deployed at same time and location, but at surface, 300-, and 1500-meter depth, show different rates of dispersion (Meunier et al, submitted).  This is the first dispersion study using observational data at multiple depths. 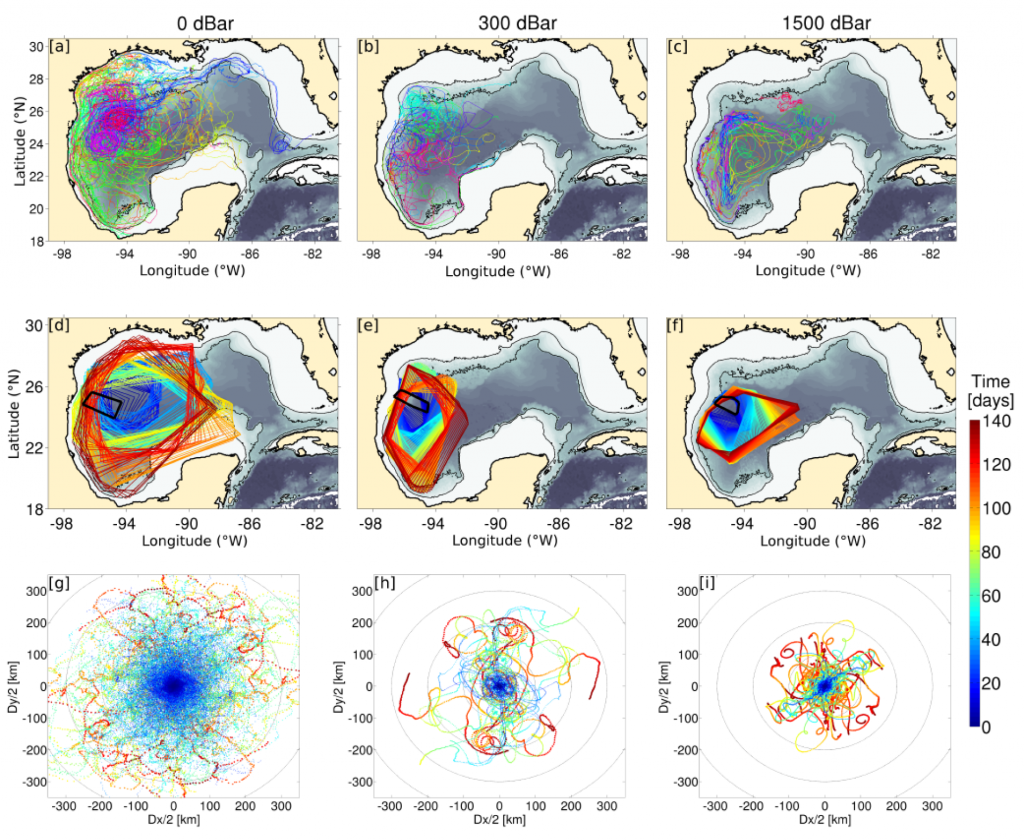 This research is funded by the Center for Scientific Research and Higher Education at Ensenada (CICESE) under the Subcontract for SENER/CICESE Project “Analysis of Possible Consequences of Large Scale Oil-Spills under Various Scenarios:  Deep Water Dispersion Experiment” as part of the Gulf of Mexico Research Consortium (CIGoM). 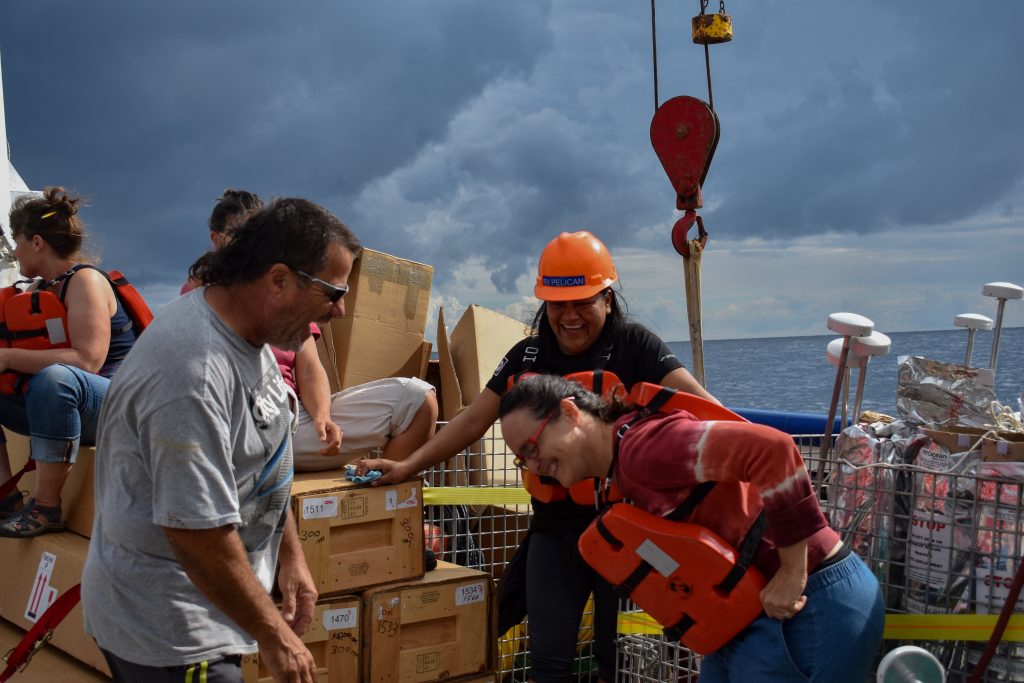 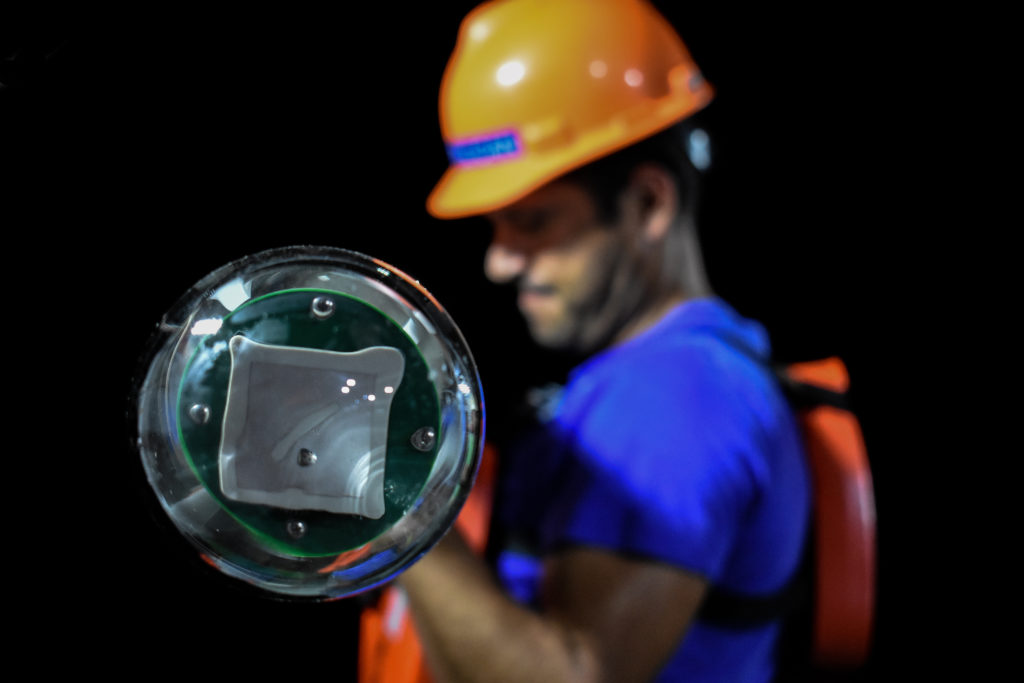 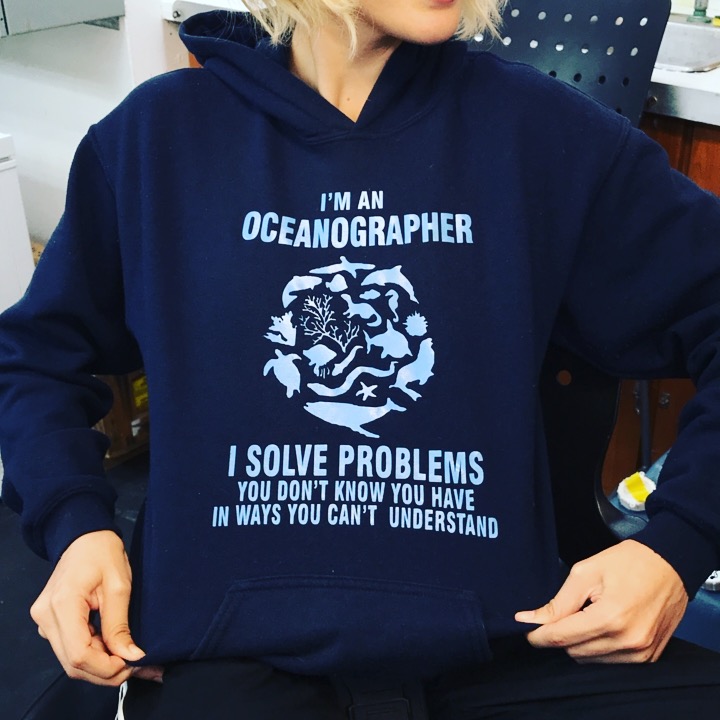 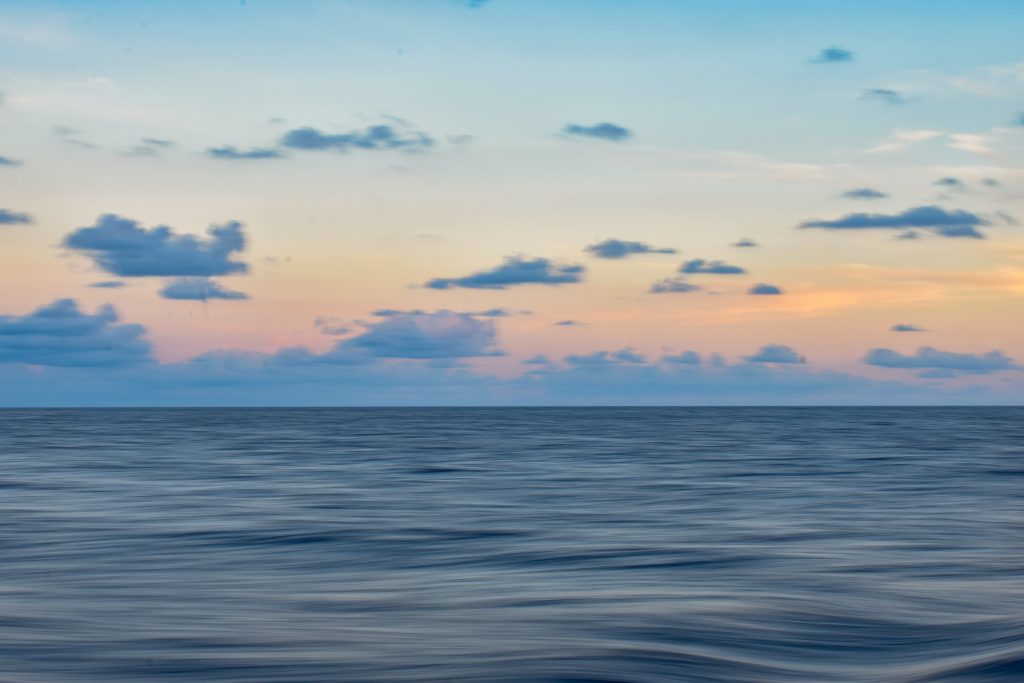 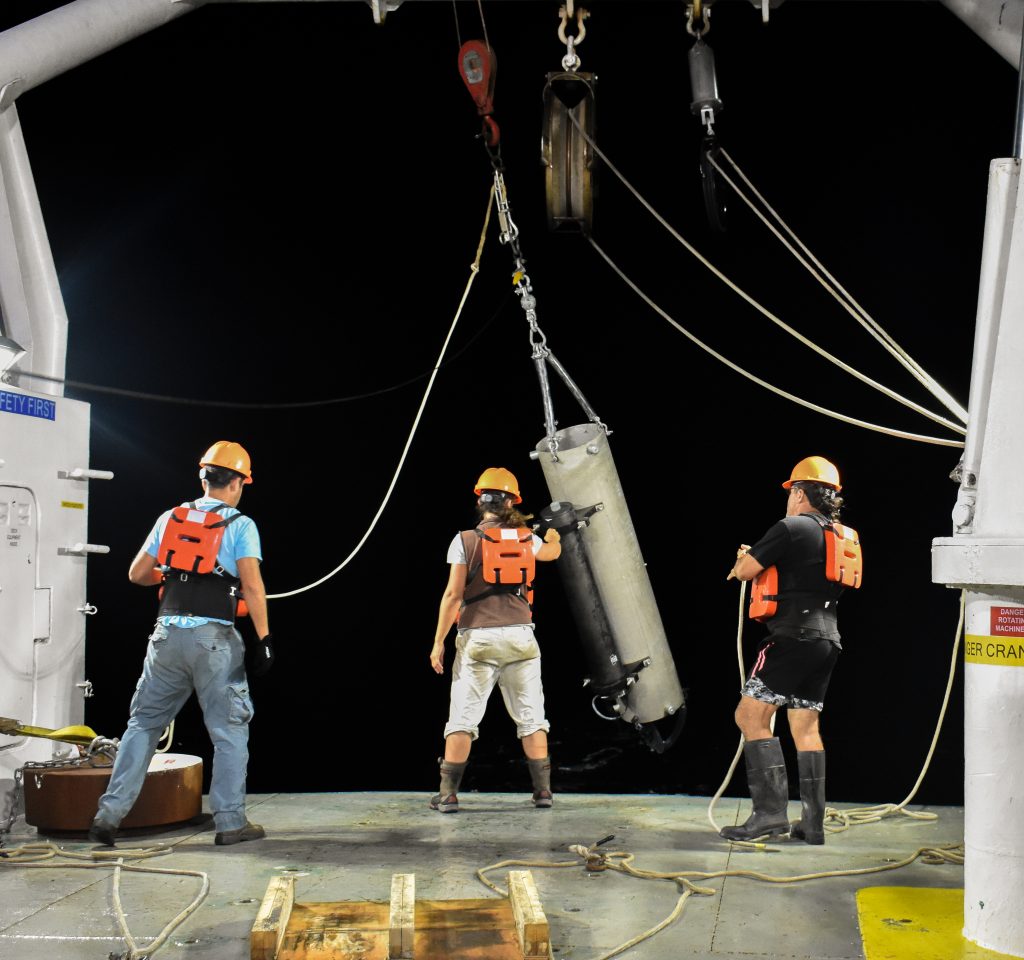 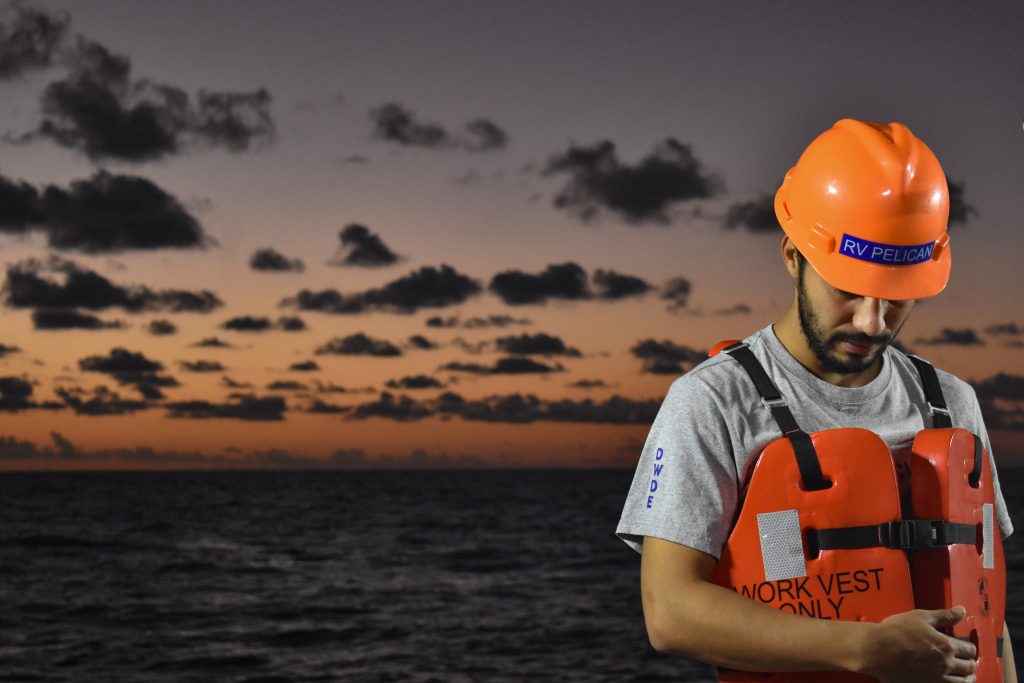 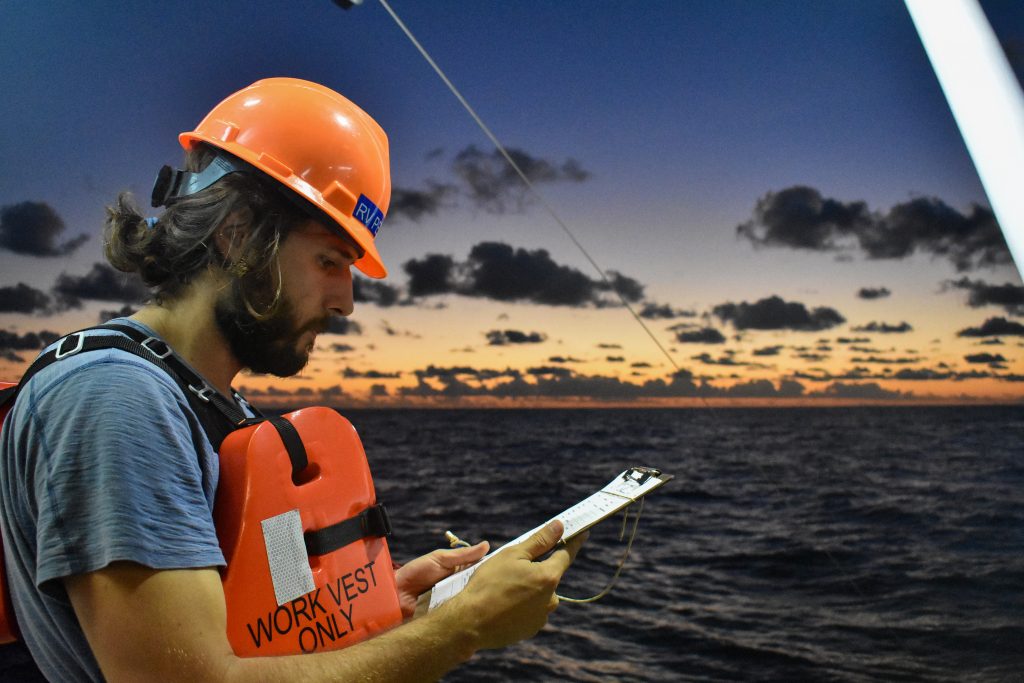 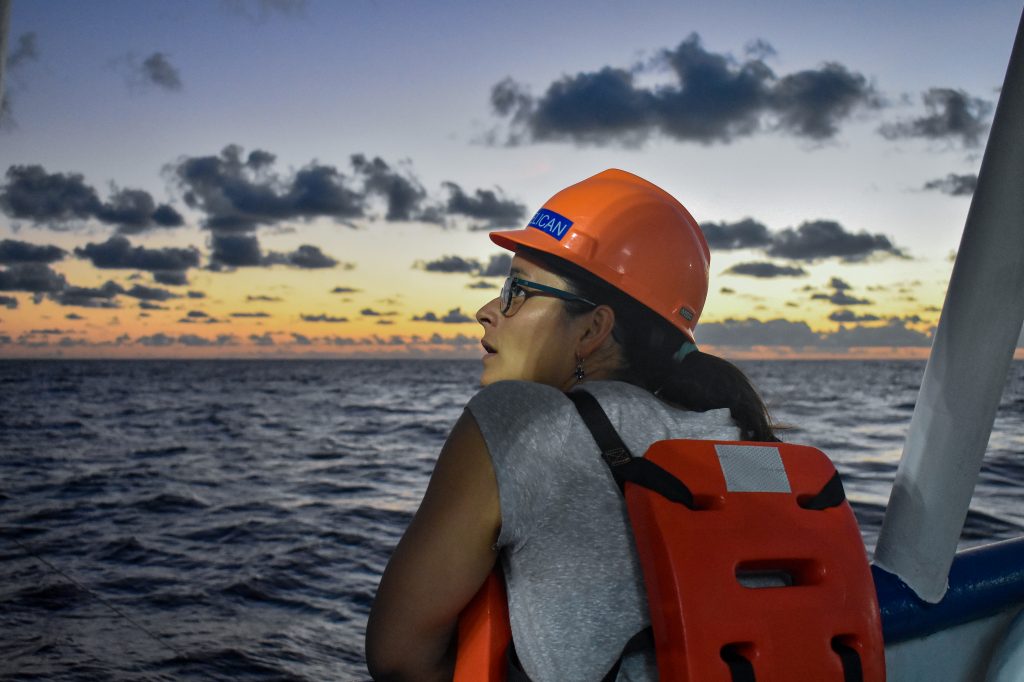 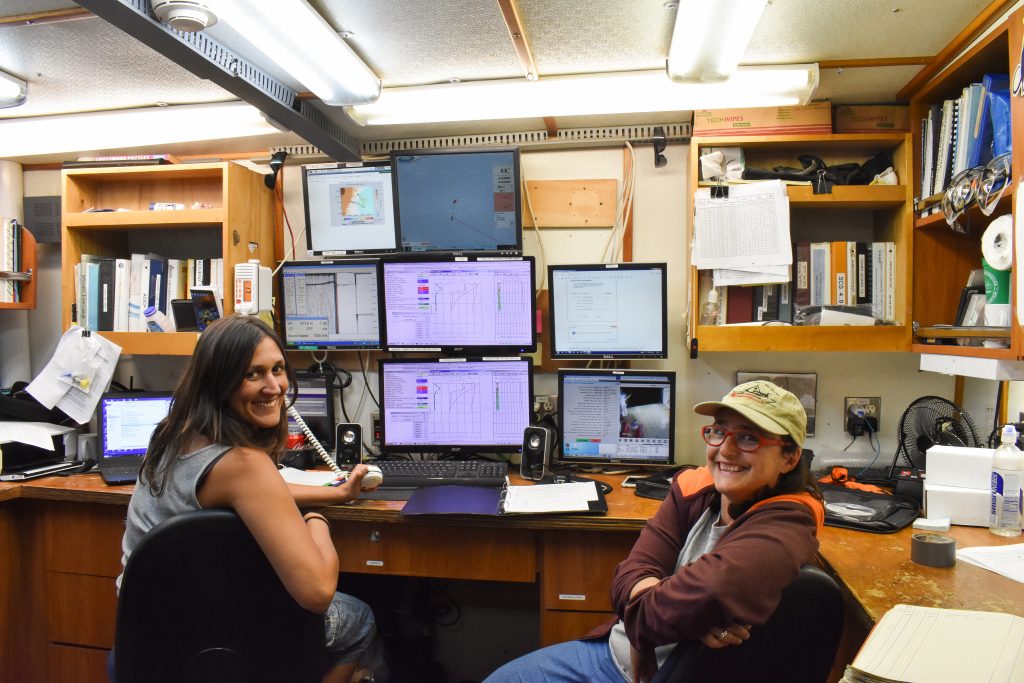 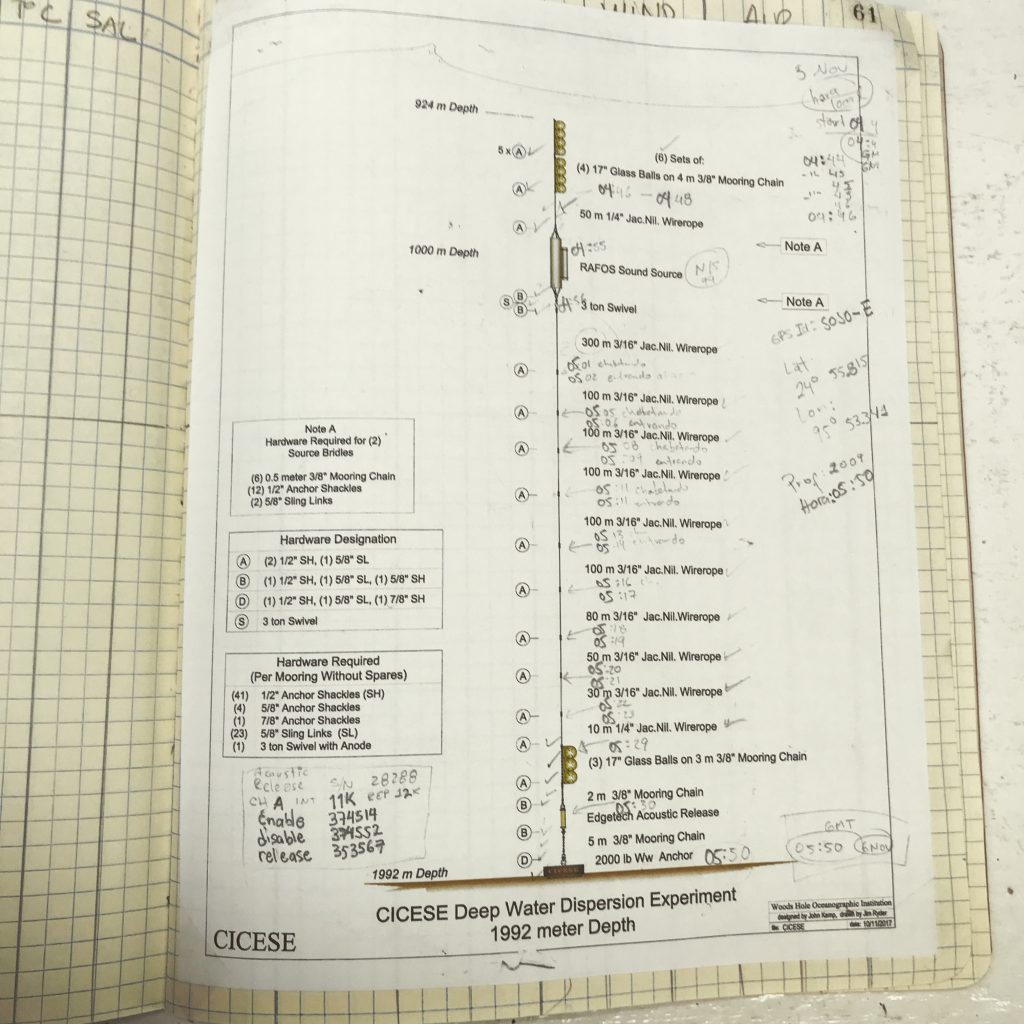 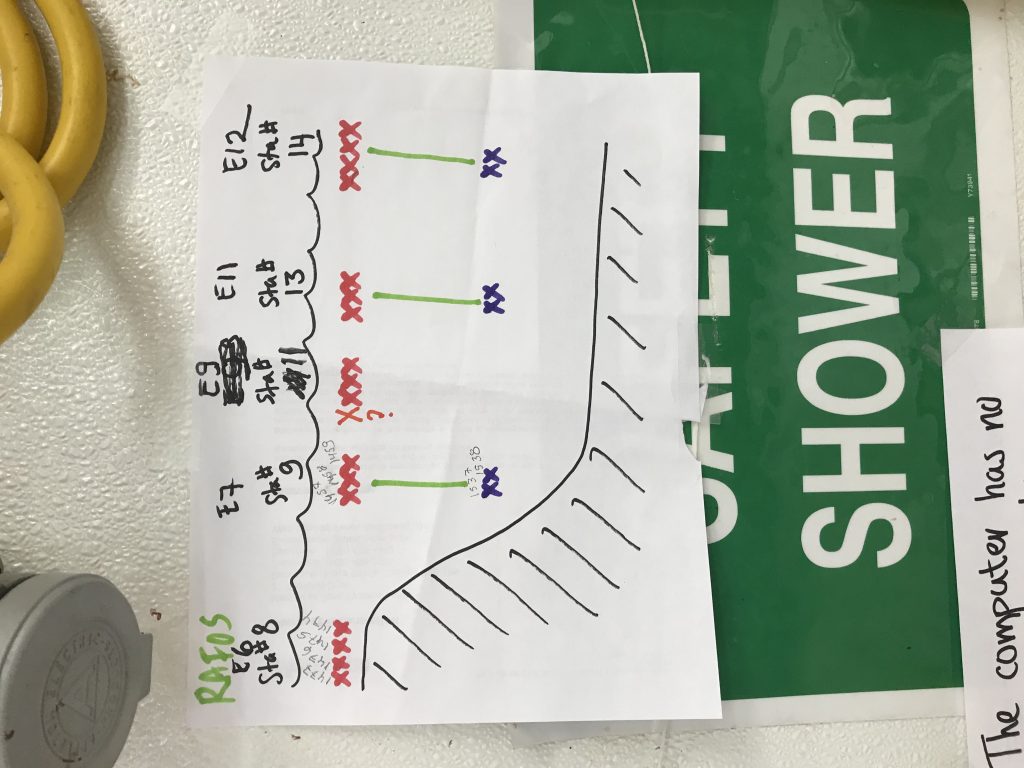 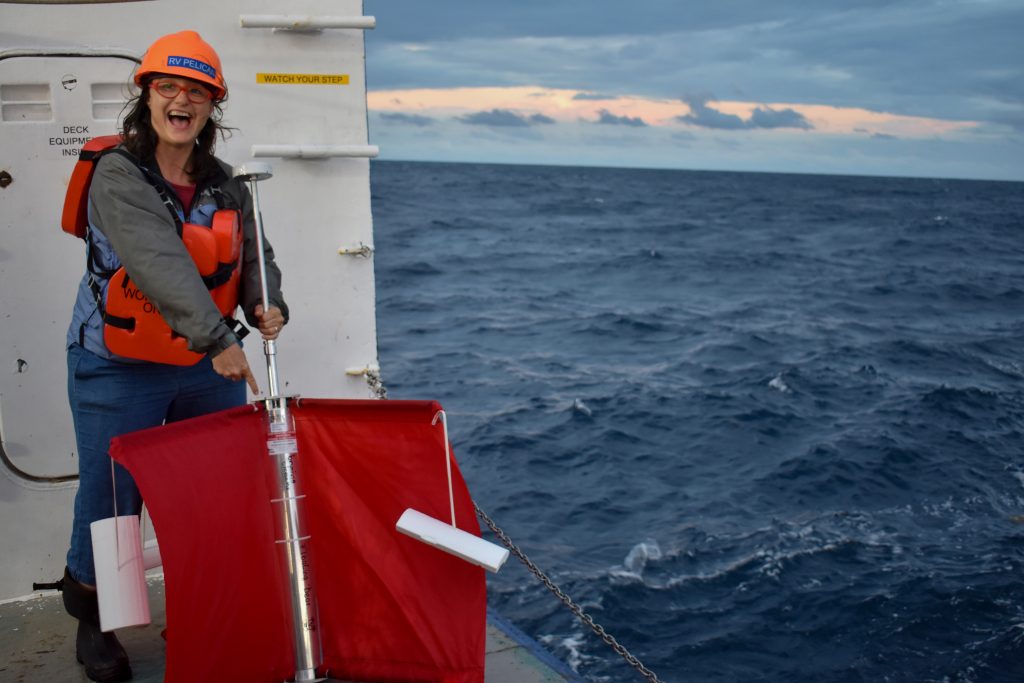 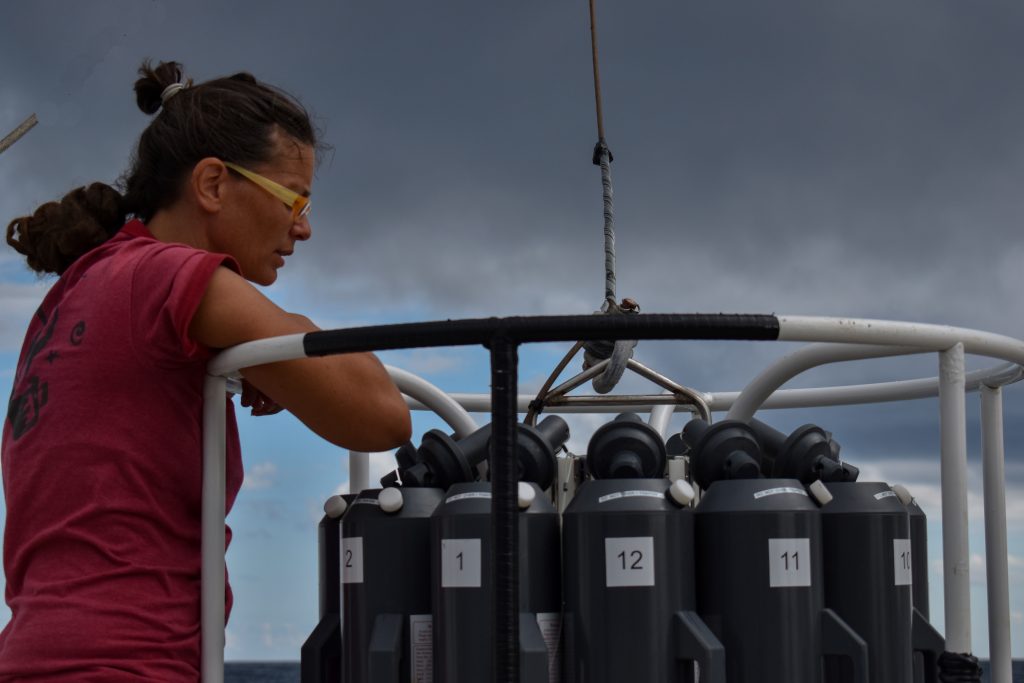 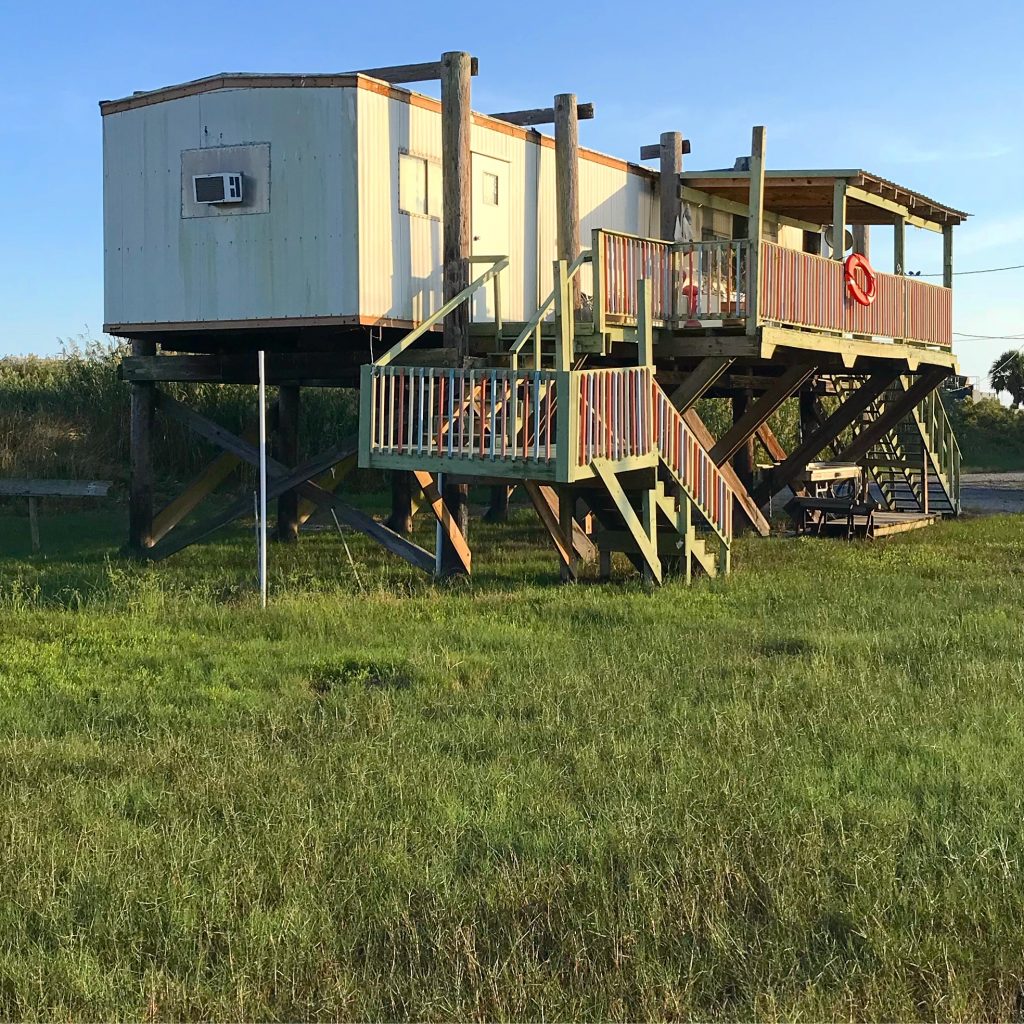 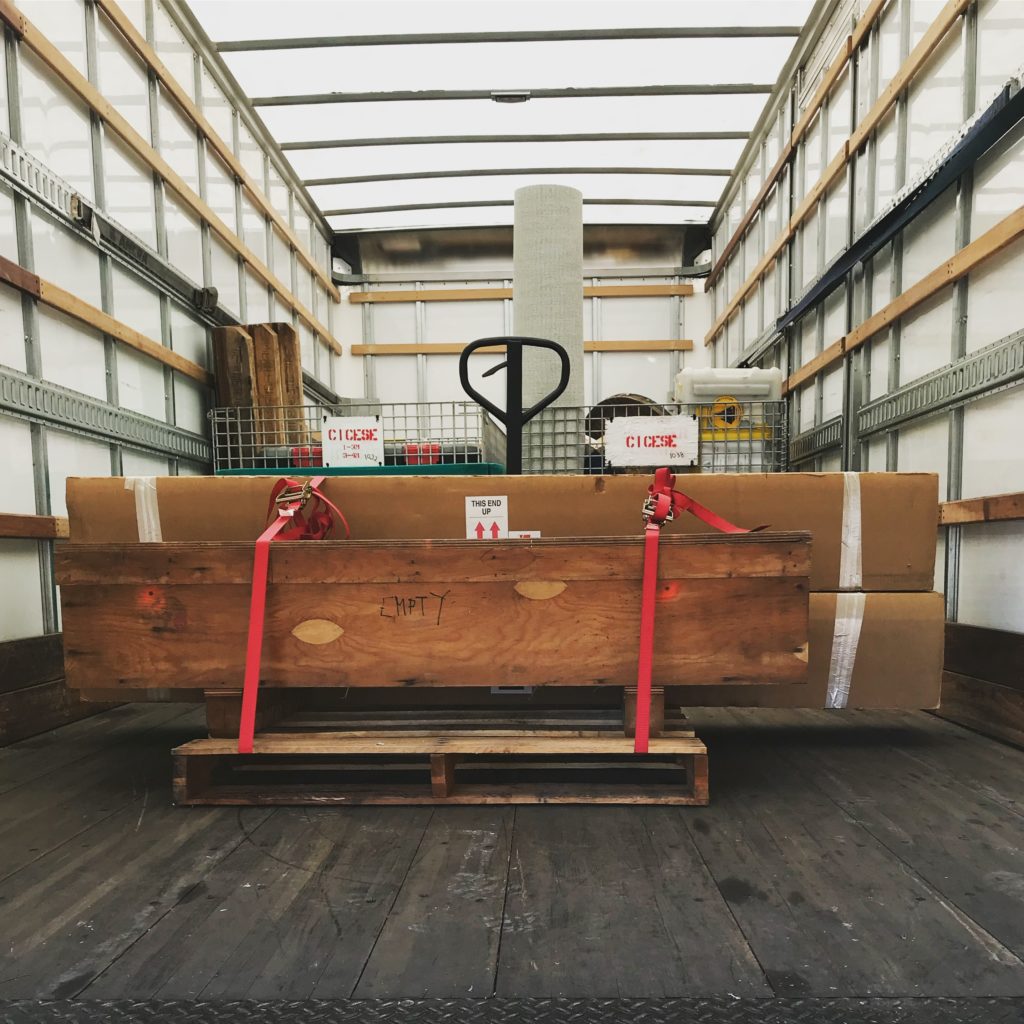 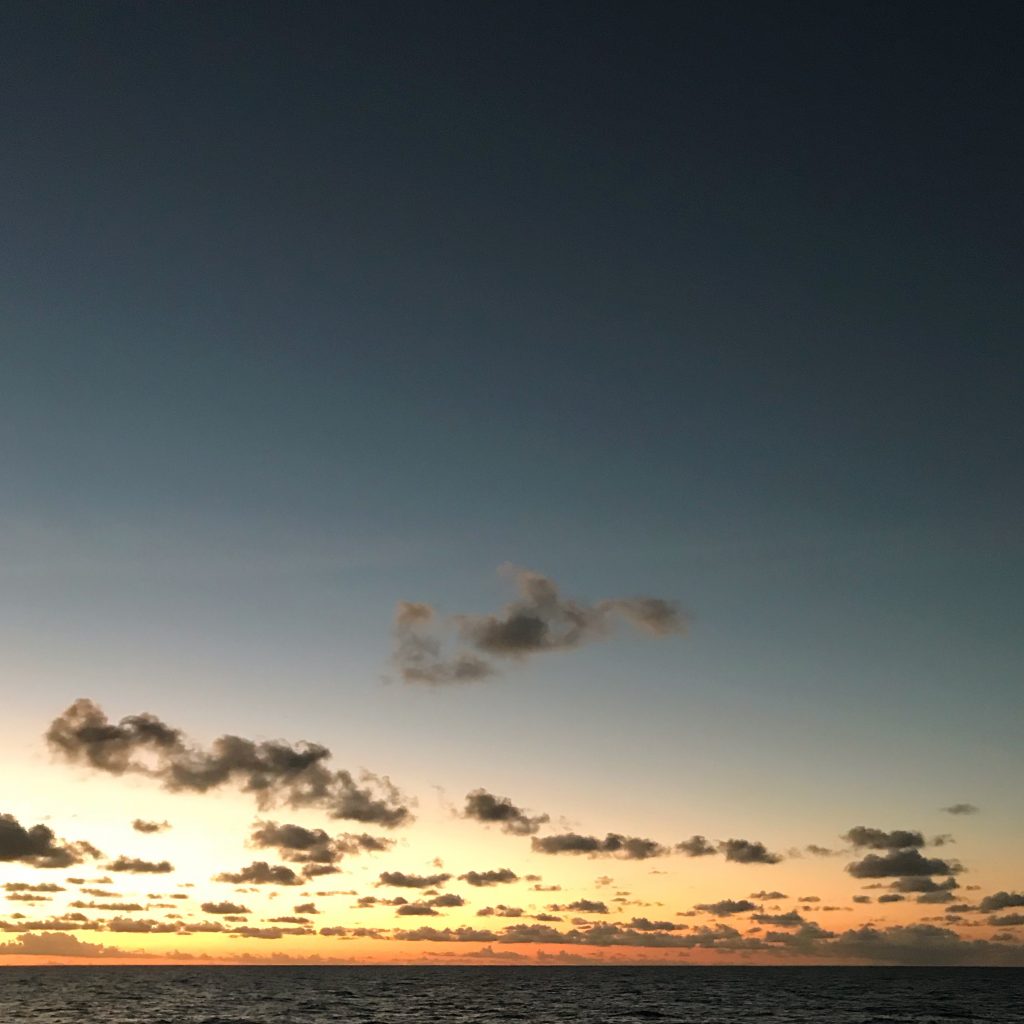 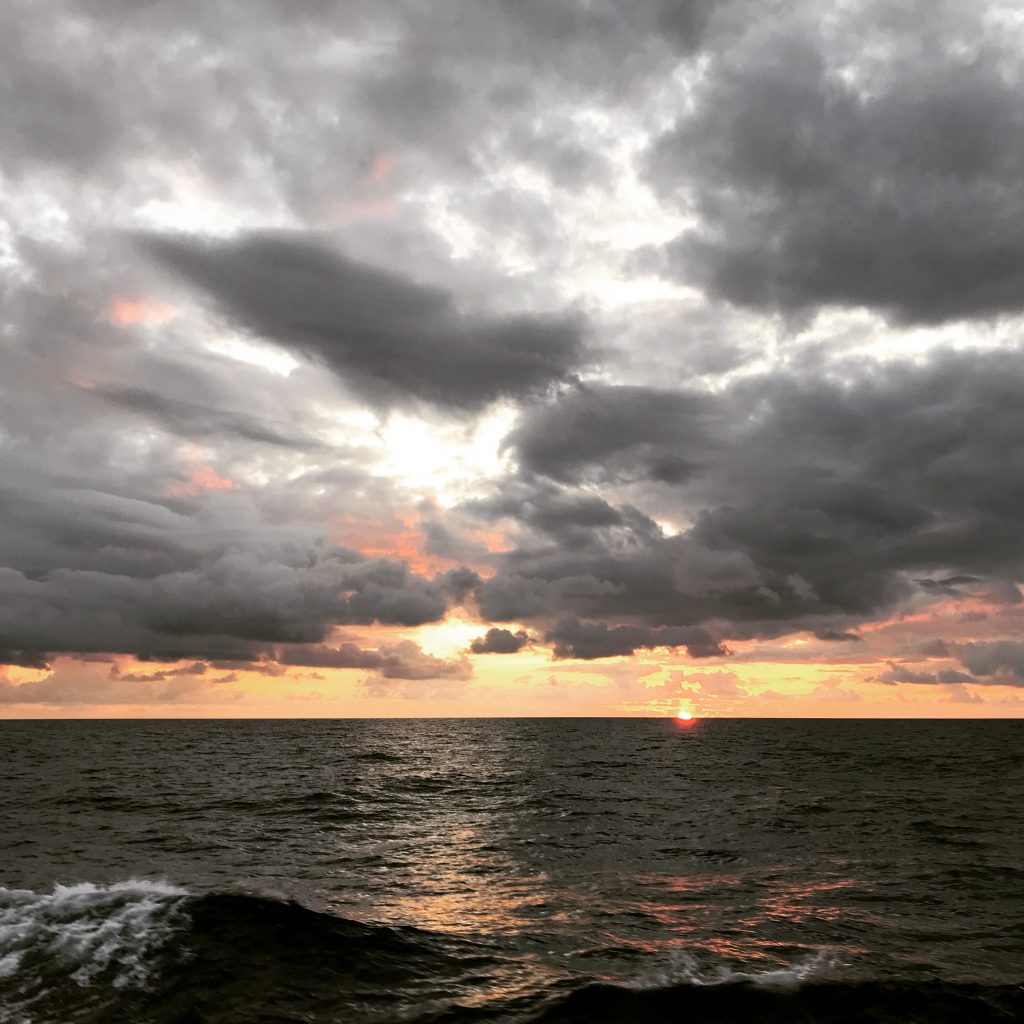 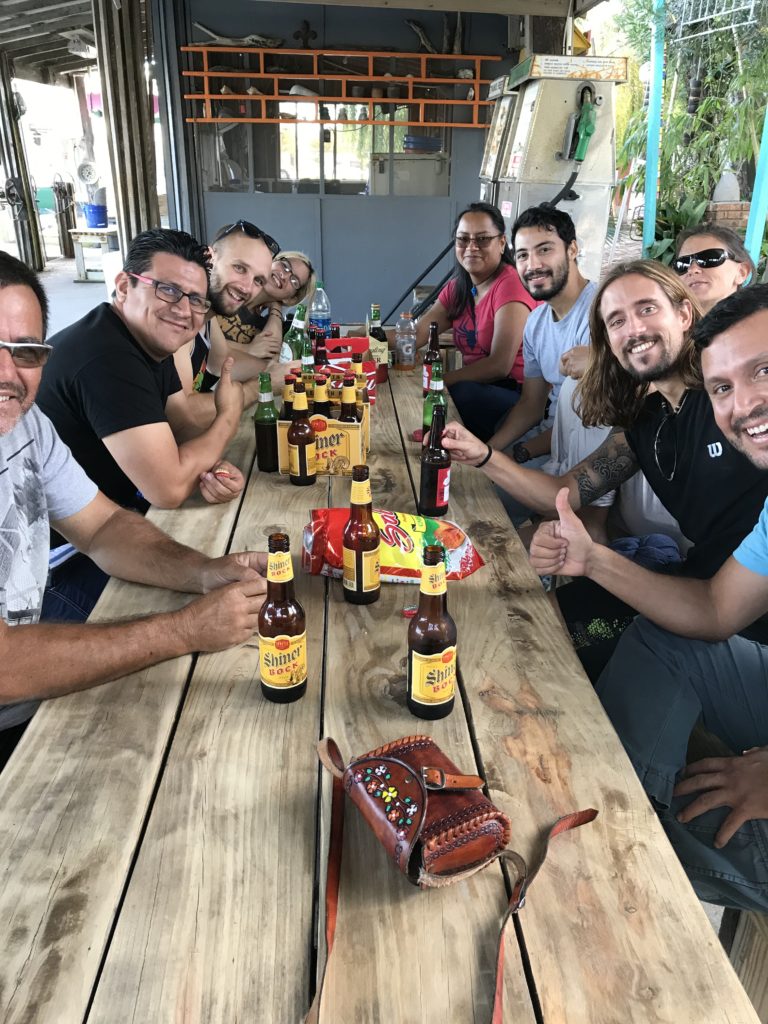 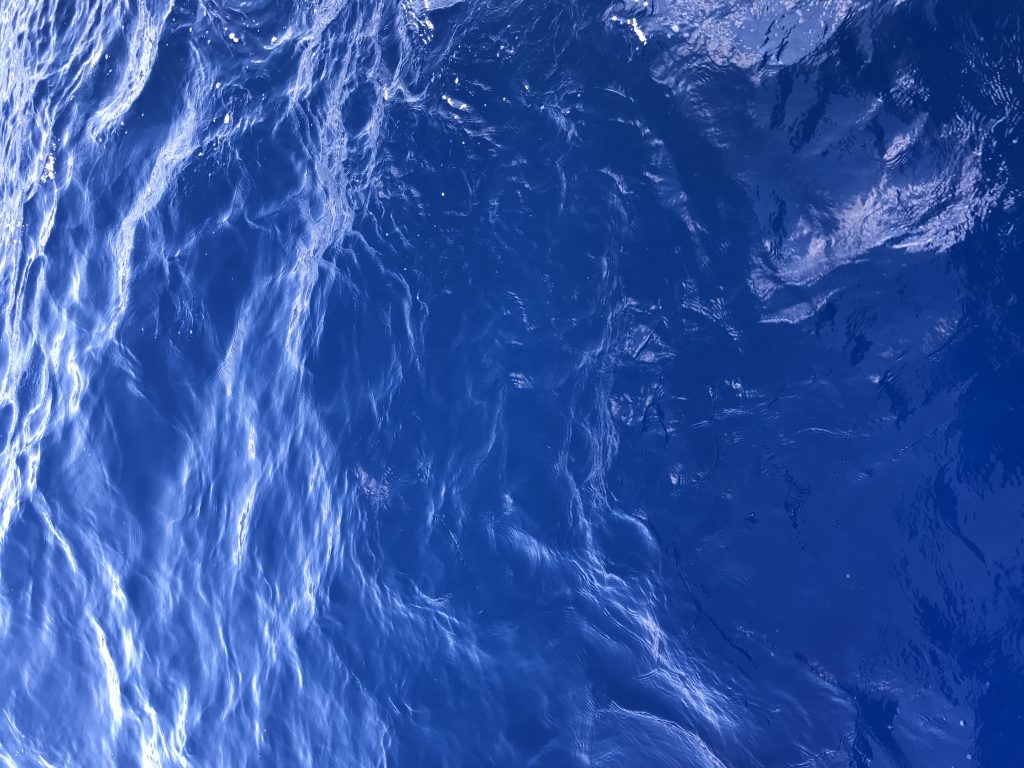 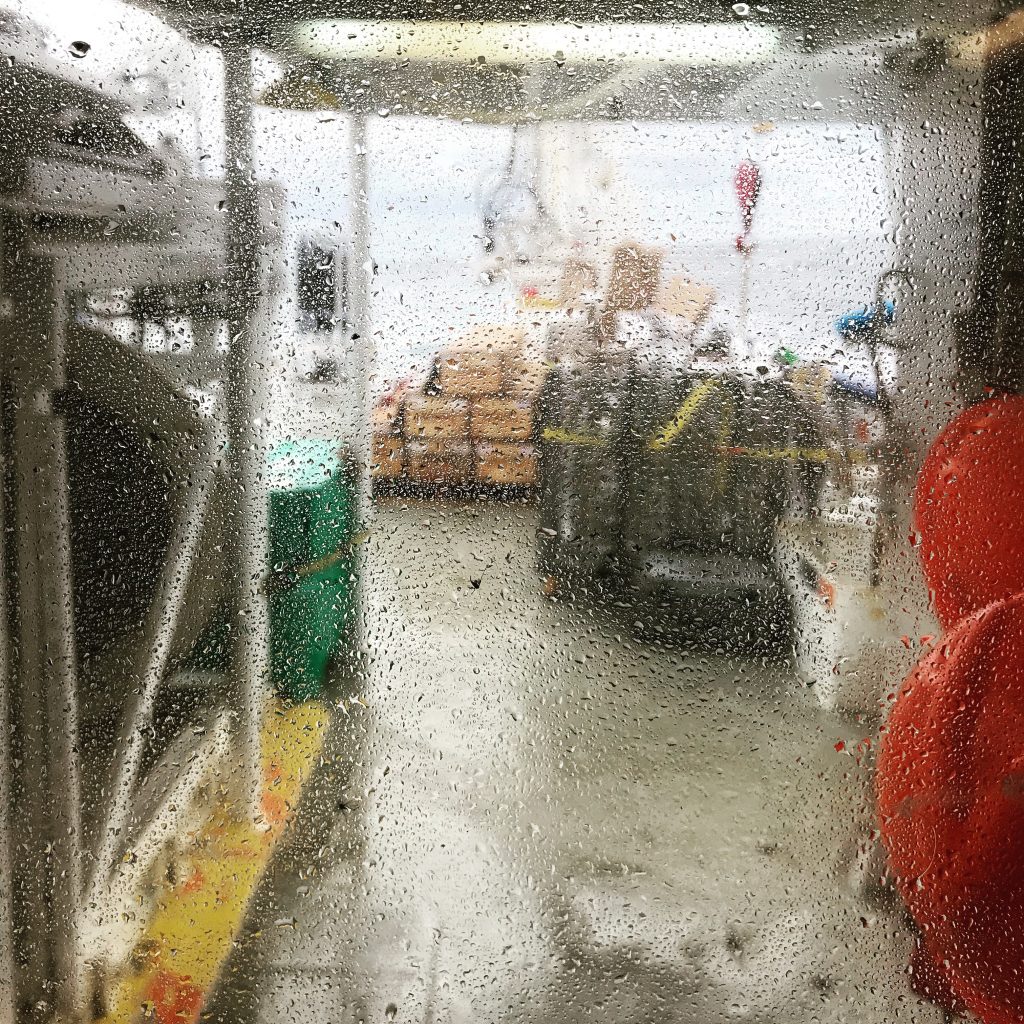