EMC Experiment: Examining the Fate of the East Madagascar Current

Overview:
The system of ocean currents that forms the global Meridional overturning circulation (GMOC) plays a central role in regulating Earth's climate. One of the least understood yet critical aspects of this system is the upper-layer circulation near the southern tip of Madagascar in the South Indian Ocean. The southward-flowing East Madagascar Current (EMC)-- a conduit for warm and fresh Indonesian Throughflow (ITF) Water to the subtropical South Indian Ocean and beyond -- is in many ways a typical western boundary current, except that it 'runs out' of the boundary at relatively low latitude (25.5°S). What happens when this vigorous current detaches from the southern tip of Madagascar is still a mystery, debated in the literature since the 1970s. Some argue that the EMC breaks up into mesoscale eddies that travel west and join the Agulhas Current, whose pinched off rings and filaments drift into the Atlantic Ocean; others that the EMC retroflects eastward to the South Indian Countercurrent (SICC), which then flows to Australia; while others contend that both pathways exist, but the retroflection is restricted to the surface layer. It has also been hypothesized that a full or partial retroflection of the EMC is a nutrient source to the yet unexplained Southeast Madagascar Bloom -- a global 'hotspot' for primary production in an otherwise oligotrophic subtropical region. There is a dearth of in situ observations in the detached EMC, and remote sensing is inadequate for tracing fluid parcel pathways because the detached EMC is masked by ubiquitous mesoscale eddies associated with the SICC dynamics. Now, we have a unique and time-limited opportunity to observe the regional surface and subsurface pathways from a Lagrangian perspective. This proposal leverages a rare research cruise to the region and other assets of the funded Deep Madagascar Basin Experiment, representing a significant cost saving to the EMC project.

Intellectual Merit:
To observe fluid parcel pathways of the detached EMC, we propose to simultaneously release surface drifters and subsurface acoustically tracked, isopycnal RAFOS floats. These pairs of drifters and floats will be released in the EMC four times over a year. This Lagrangian experiment, the first of its kind in the EMC, will be paired with particle tracking simulations to investigate surface and subsurface pathways associated with the detached EMC, its connectivity with the Agulhas Current and the SICC, and respective transit times. Our research will assess the impacts of EMC strength, downstream propagating eddies, and seafloor topography on the detached EMC pathways. This knowledge is crucial to understanding the ITF water journey within the South Indian Ocean, the Southeast Madagascar Bloom development, southern Madagascar coastal upwelling cells, as well as impacts on the Agulhas Current and the GMOC. The proposed research will be a US contribution to the 2nd International Indian Ocean Expedition.

Broader Impacts:
This study will provide critical in situ observations in an undersampled ocean region, which is particularly important for Madagascar, one of the world's poorest economies and extremely vulnerable to climate shocks. The project will support six early-career Malagasy scientists (including our collaborator) sampling techniques and experimental methods. To foster a solid international collaboration and support capacity-building, we will also organize a 2-week summer school in Madagascar. The aim is to share and discuss Lagrangian methods, ocean circulation around Madagascar, and its impact on climate and fisheries, including the observations collected during this program. The PIs will also host undergraduate WHOI summer interns, one each year, to be trained under the proposed work and fund their participation in scientific meetings. 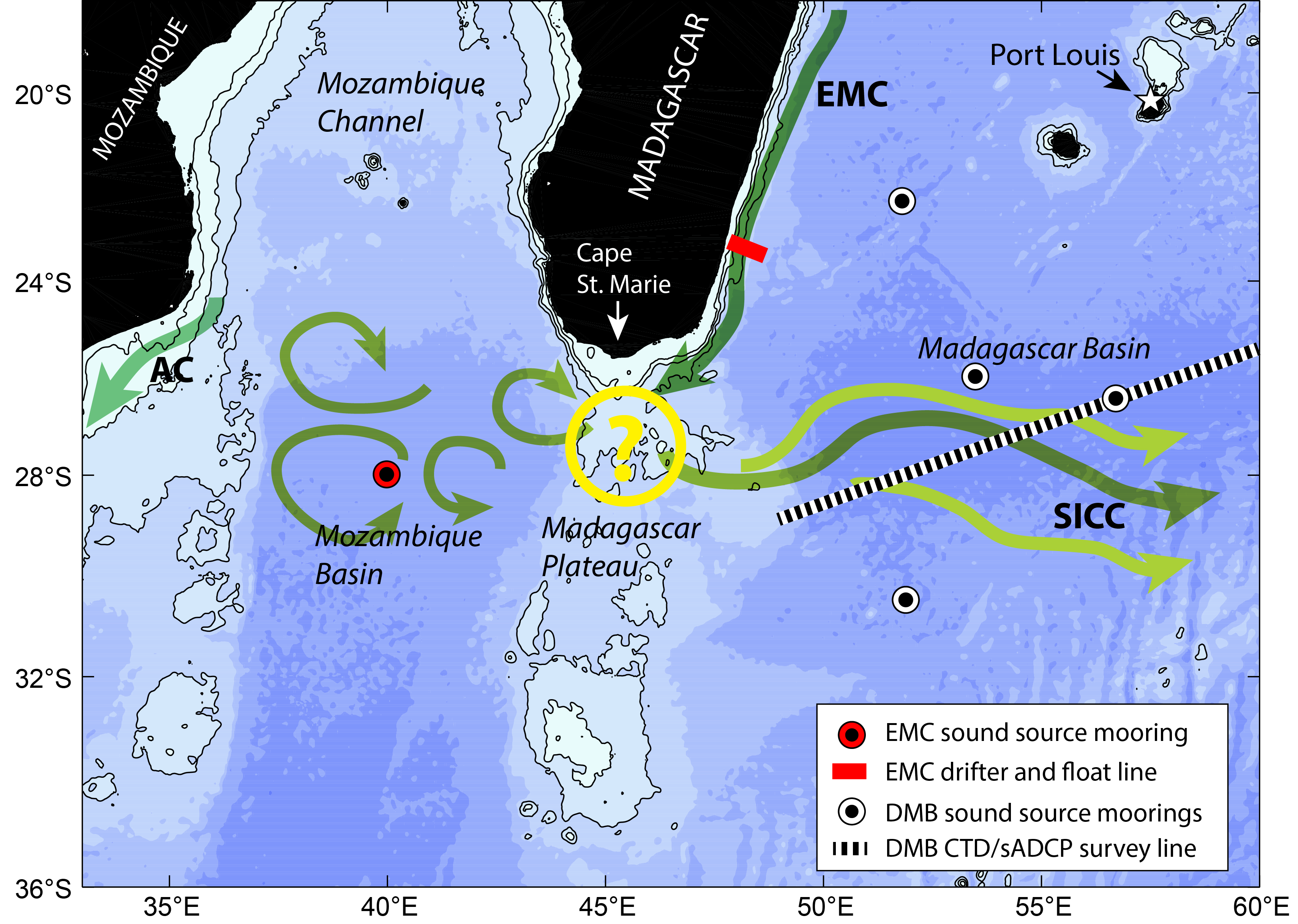