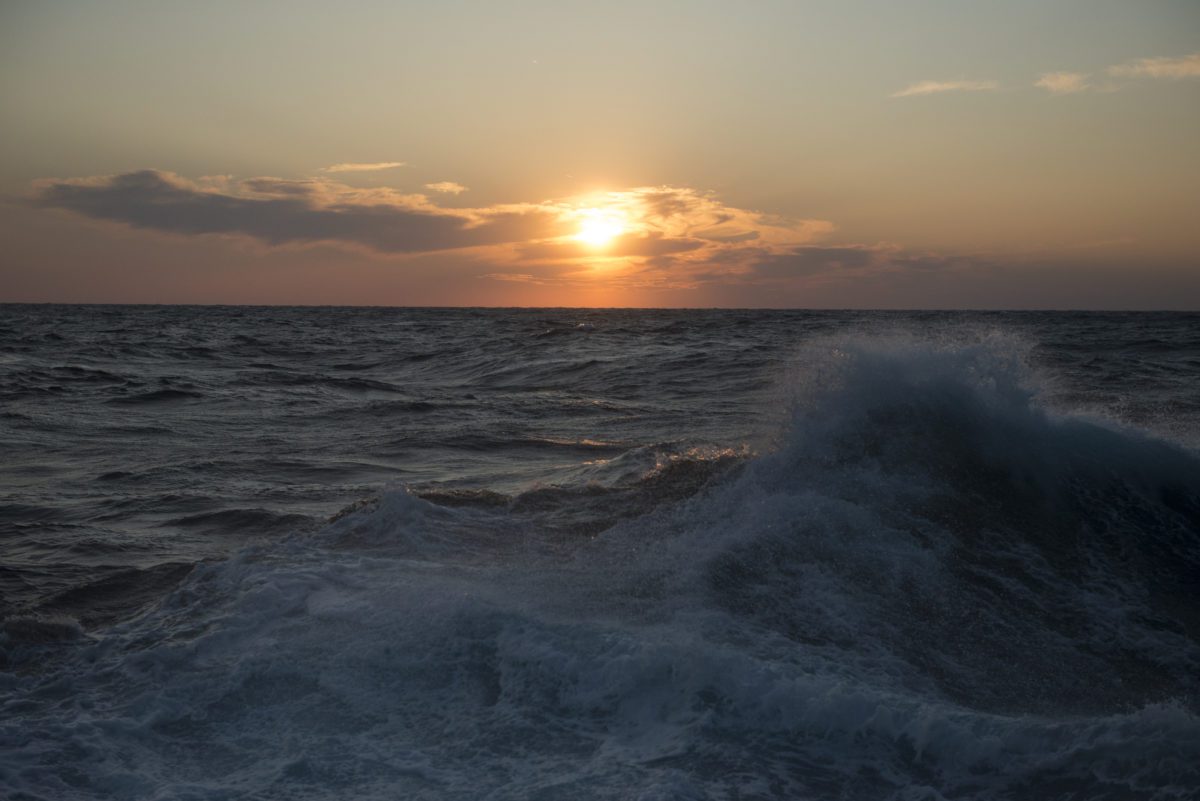 A WHOI-led research team has been awarded $7.6 million from the Gulf Research Program of the National Academies of Sciences, Engineering, and Medicine . The project, “An Operational System Using Real-time Subsurface Observations to Improve Loop Current Forecasts”, is one of three consortia that will undertake the third phase of the Understanding Gulf Ocean Systems (UGOS) program, helping address forecasts of important currents of the Gulf of Mexico. 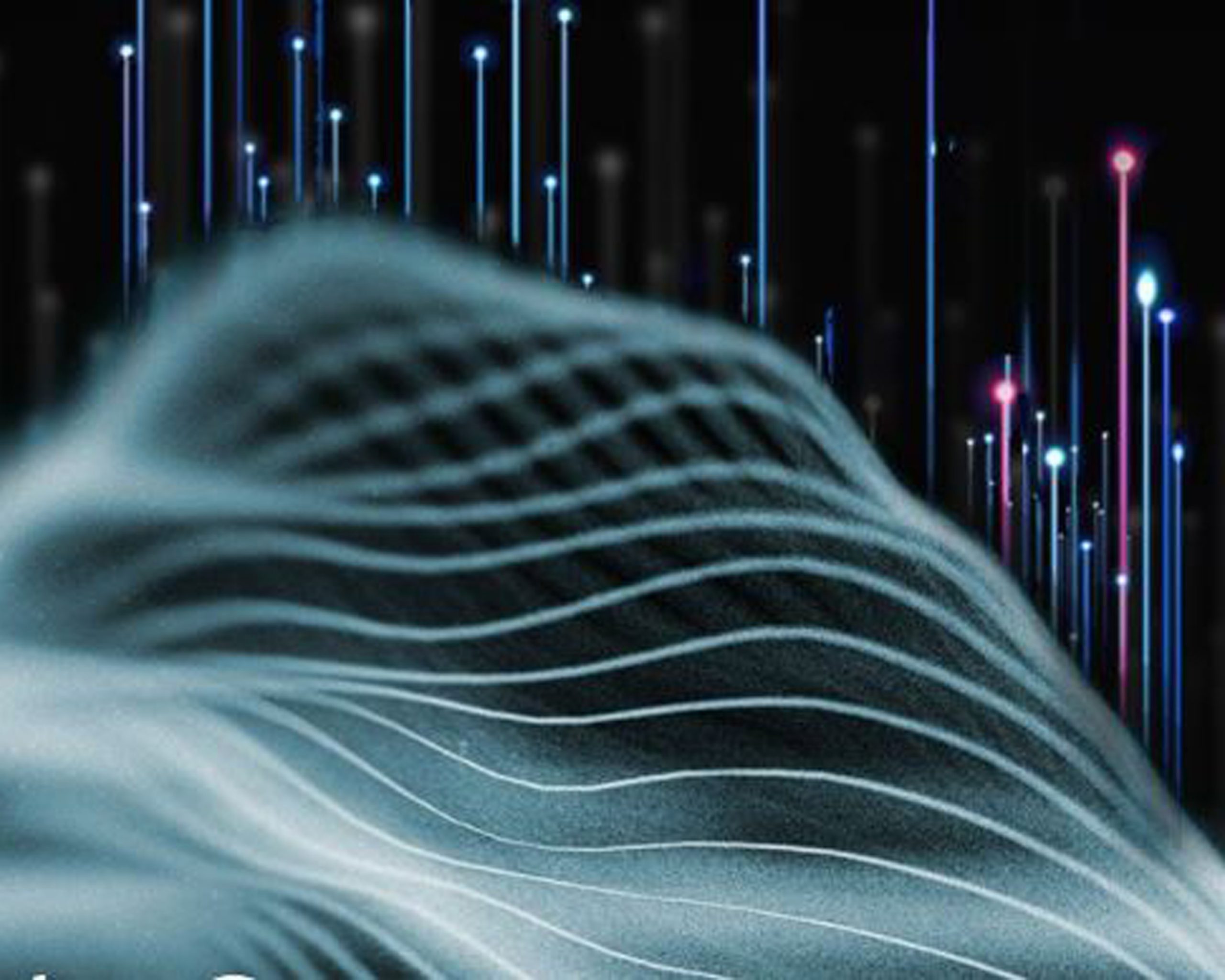 "Study: Major Atlantic Current Showing Signs it May Shut Down. Not all Scientists Agree" 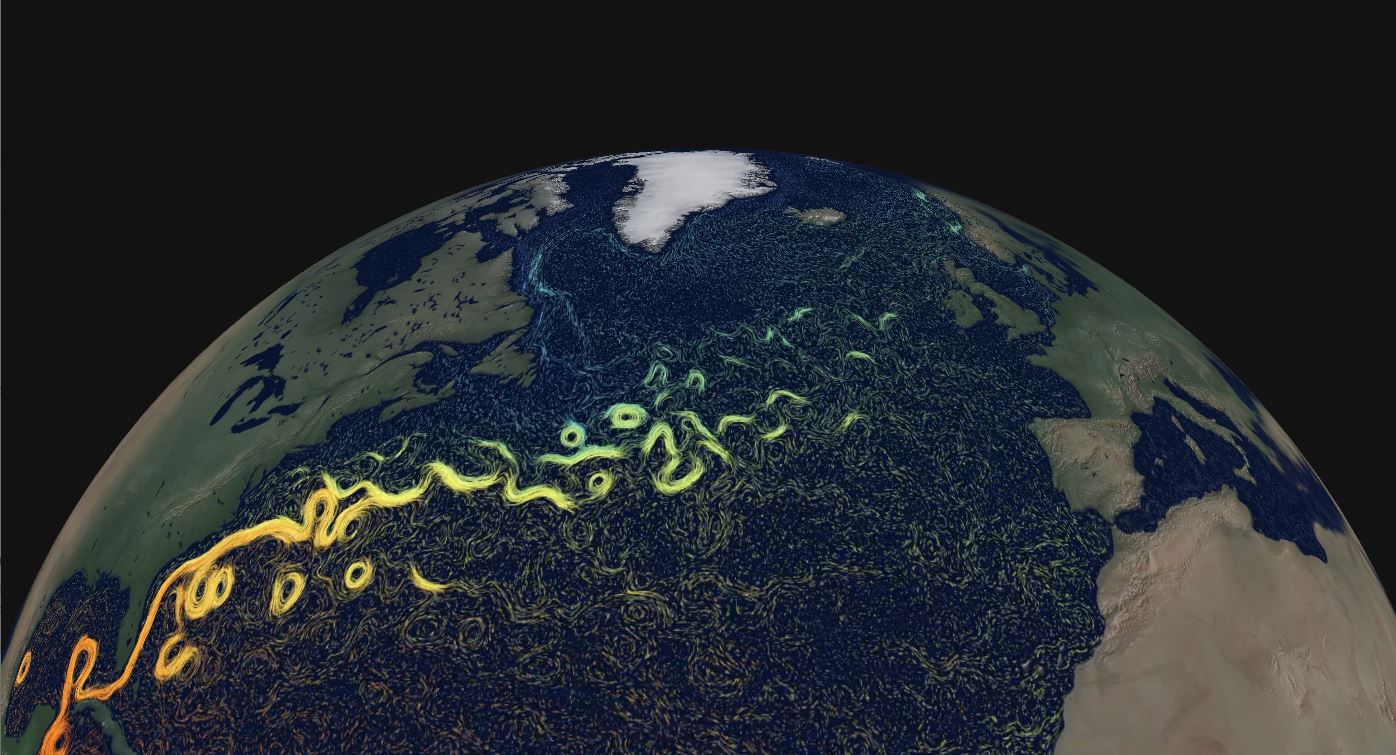 OSNAP Floats Highlighted in NYT Article on the AMOC

"In the Atlantic Ocean, Subtle Shifts Hint at Dramatic Dangers" 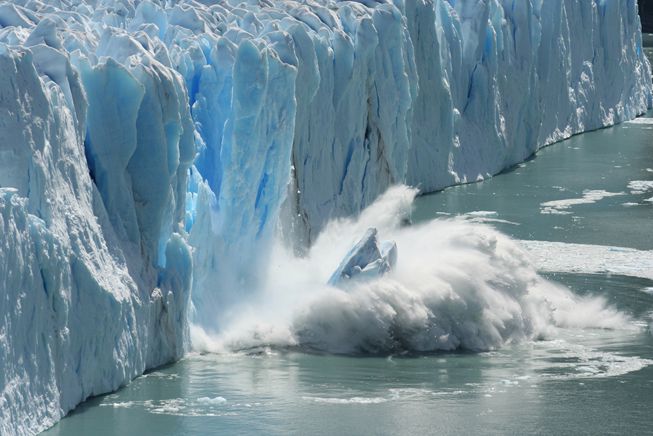 Dr. Bower discusses how oceanographers study the changes in oceans from glacier melt. 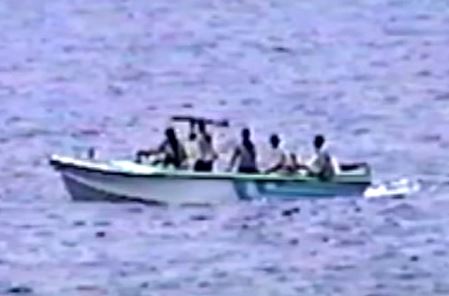 Ocean Encounters: The Stories We Tell

Amy Bower shares her story of a modern-day pirate encounter with a little science thrown in. 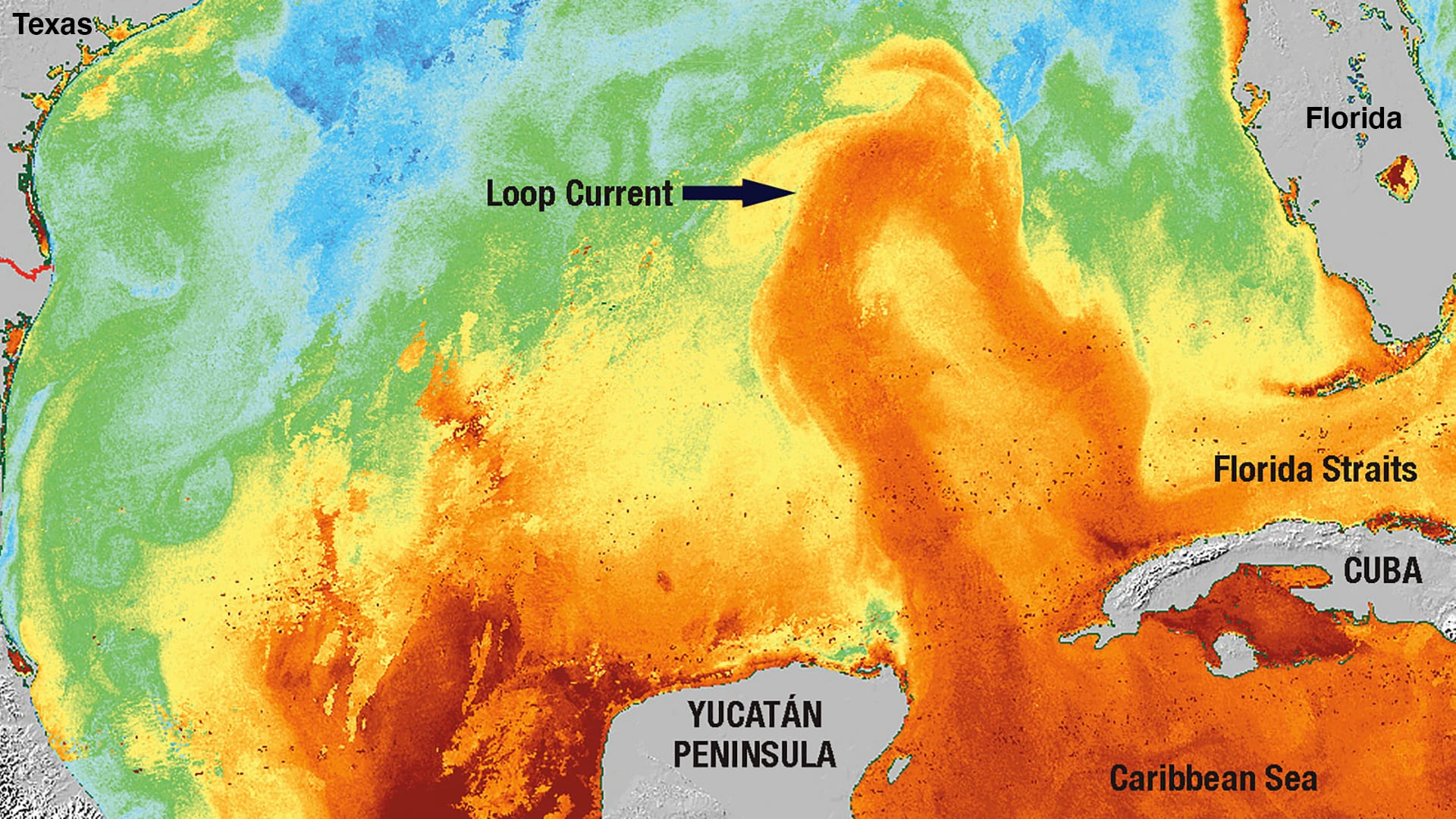 'High-octane' hurricane fuel swirls in the Gulf of Mexico

LC-Floats researchers talk about the National Academy of Science's 'Understanding Gulf Ocean Systems' project, and how the Bower Lab's array of profiling floats are helping us predict hurricane strength.

Amy Speaks with "Science for the Public" on Ocean Circulation

Dr. Bower explains the structure and dynamics of deep ocean currents and the vital role of these currents in maintaining the Earth’s climate. She discusses the concern among climate and ocean scientists about one of the major systems, the Atlantic Meridional Overturning Circulation (AMOC) and the implications of a slowdown in that system. Dr. Bower also describes the technical challenges of measuring systems like the AMOC. 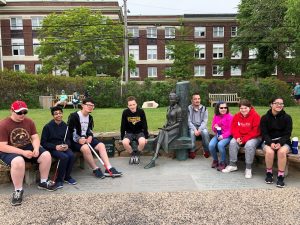 Perkins School for the Blind Visit

Perkins School for the Blind students visit WHOI and members of the Bower Lab as part of an ongoing collaboration to provide outreach to visually impaired students. 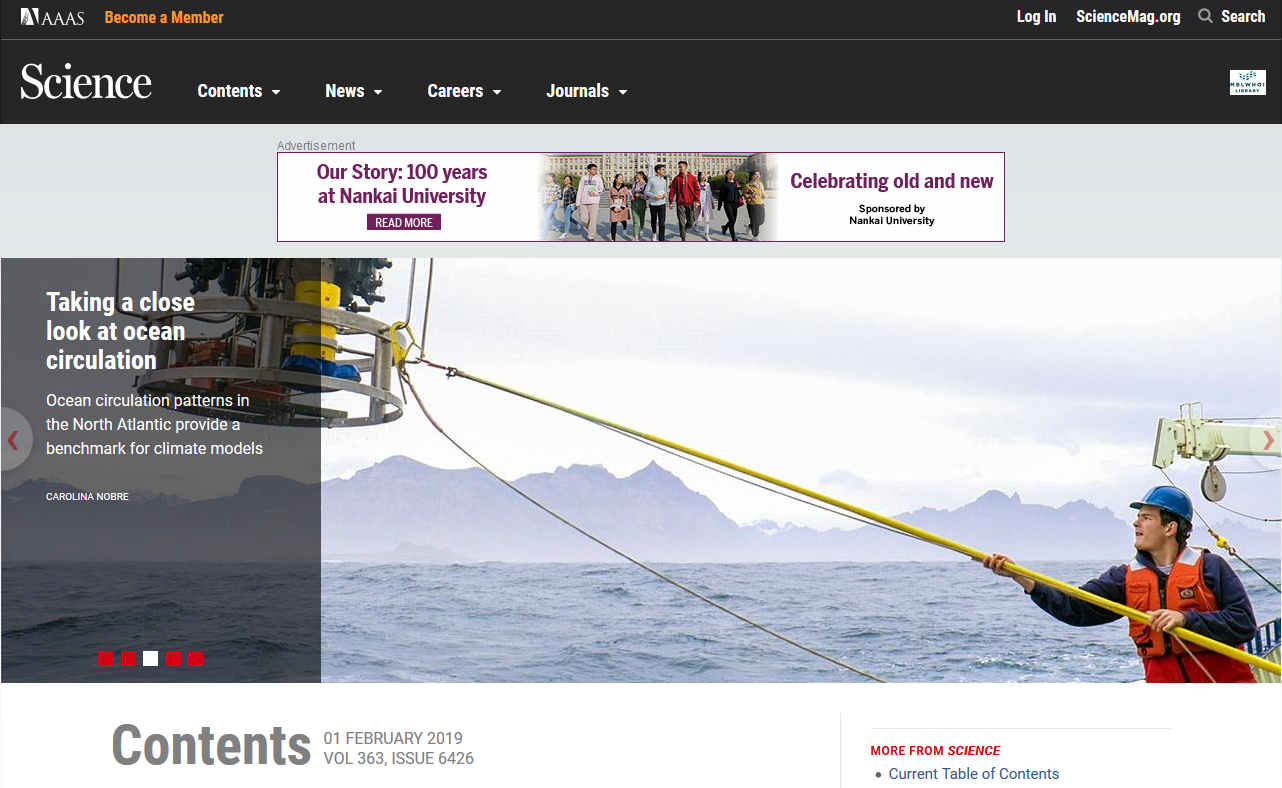 Scientists from 16 research institutions collaborate on the first publication of the multi-year Overturning in the Subpolar North Atlantic Program. 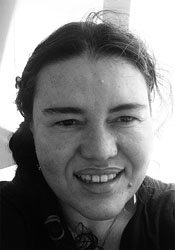 American Geophysical Union (AGU) Publications recognizes outstanding reviewers for their work in 2018. Honored reviewers were selected by the editors of each AGU journal.

from the NAS Office of News and Public Information, December 2018 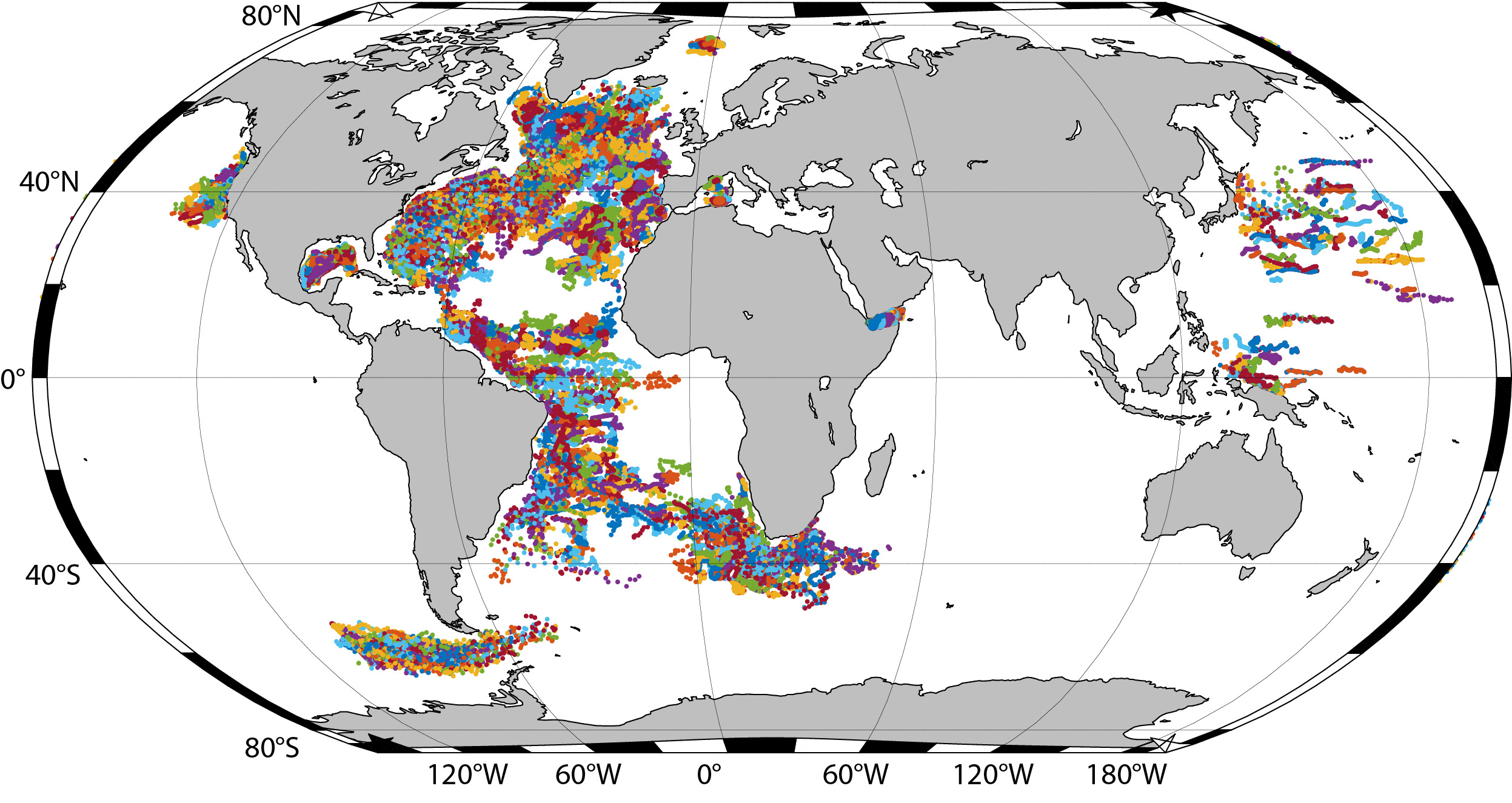 Acoustically tracked floats: What they are, where they go, what they've taught us.  And a new repository to store all that data. 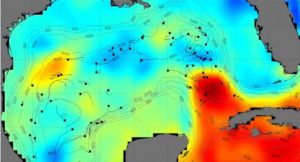 Hidden Currents in the Gulf of Mexico

Five years after the Deepwater Horizon oil spill, RAFOS floats are mapping out the deep currents of the Gulf of Mexico 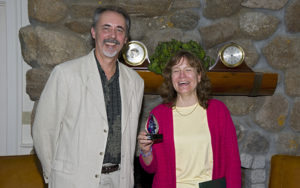 In October 2011, the Center for Vision Loss, an agency serving visually impaired people of eastern Pennsylvania, awarded their first-ever "Chrysalis Award" to WHOI scientist Amy Bower. The award, which honors "a blind or visually impaired person who has transformed the world around them," and was given to Amy to recognize her achievements in oceanography and outreach. 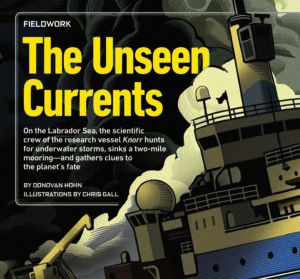 On the Labrador Sea, the scientific crew of the R/V Knorr hunts for underwater storms, sinks a two-mile mooring,  and gathers clues to the planet's fate. 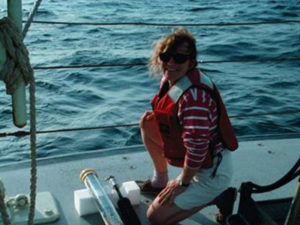