Amy developed a strong connection to the oceans growing up in a small coastal town  in northeastern Massachusetts. Her high school math and physics teachers inspired her to pursue an undergraduate degree in physics at Tufts University near Boston. Through the off-campus Sea Semester program run by Sea Education Association,  Amy discovered a field where she could combine her curiosity about the oceans with her undergraduate training in physics—physical oceanography. During the summer between her junior and senior years at Tufts, Amy was an intern at the University of Rhode Island’s Graduate School of Oceanography, and subsequently earned her Ph.D. there. In 1988, under the mentorship of Professor Tom Rossby. she then accepted a postdoctoral scholar fellowship  at WHOI and has been there ever since, earning tenure in 1999 and the rank of Senior Scientist in 2005. Presently, she serves as Chair of the Department of Physical Oceanography. She is married and has one daughter.

Amy’s primary research interests  are aimed at understanding the structure and dynamics of the most energetic features of the deep circulation:  boundary currents (flows along the edges of the ocean basins) and deep mesoscale eddies (swirling masses of water typically 50 miles in diameter). These components of the deep ocean circulation have an important role in transporting heat, salt and other water properties (and the creatures that live in them)  long distances in the ocean. The pathways of these currents and eddies are hard to observe because they often have no expression at the sea surface. Amy and her team have used several techniques to uncover these mysteries of the deep, but most often they release freely drifting buoys that sink down below the surface, where they drift with the currents and are tracked underwater using sound. They have deployed hundreds of these so-called RAFOS (Ranging and Fixing of Sound) floats in the North Atlantic, Gulf of Mexico, and Indian Ocean. With these and other tools, Amy’s group has discovered the formation location of some deep eddies, tracked their life histories and eventual demise; uncovered previously unknown pathways of the deepest currents in the North Atlantic and Gulf of Mexico; and showed important linkages between the pathways of deep currents and the flows above, which in some cases are flowing in the opposite direction.

Legally blind for over 20 years, Amy has learned to use several adaptive technologies to continue her research. These include video magnifiers for enlarging text and graphics, scanners for converting print into speech, and screen readers and magnifying software on the computer. There have been four canine members of Amy’s group:  Winslow, Abby, Echo, and most recently, Intrepid, a black lab guide dog from  The Seeing Eye in New Jersey. Intrepid doesn’t yet have his sea legs, but he travels everywhere else with Amy, including meetings and conferences. 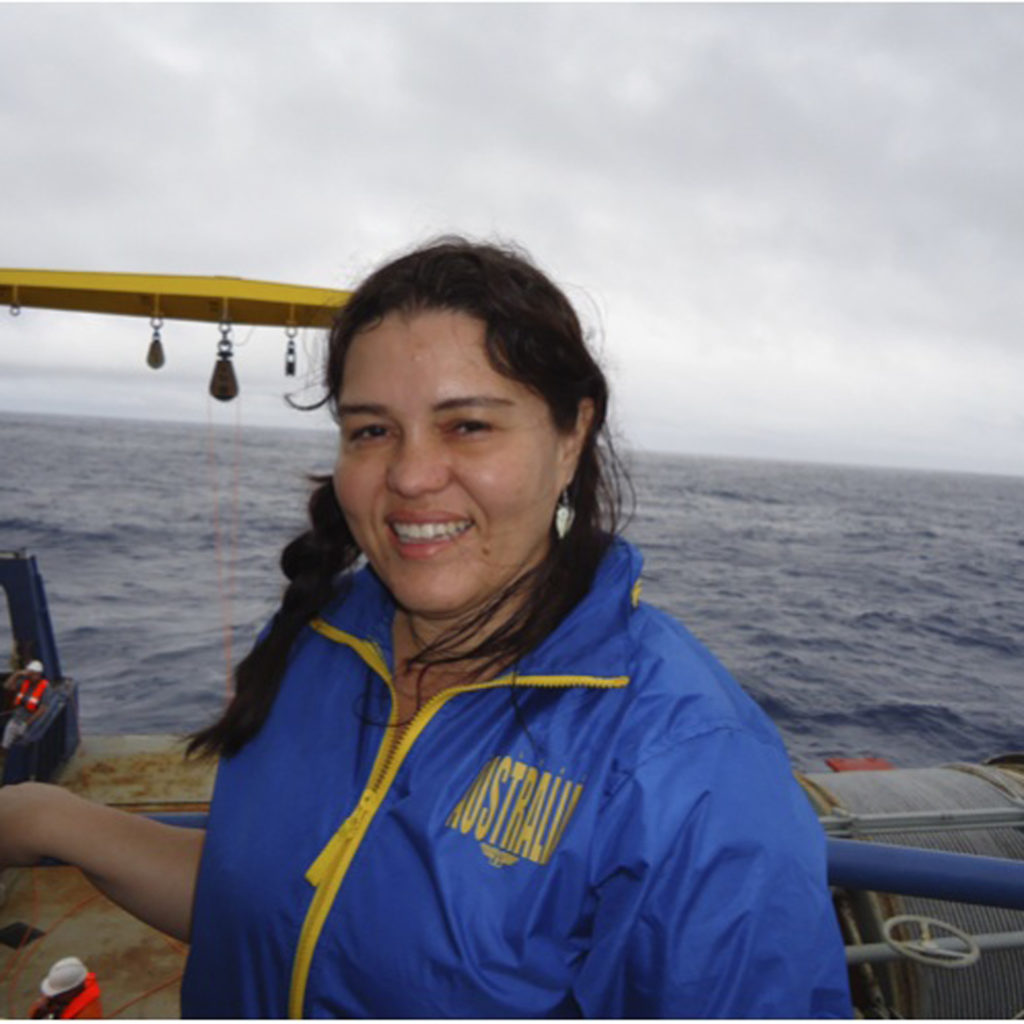 Viviane is a Physical Oceanographer interested in understanding the global ocean circulation, its variability and impact on Earth climate. Viviane joined WHOI in October 2015 as a postdoc investigator under the supervision of Amy Bower and Tom Farrar, after finishing her PhD in Marine Sciences (Physical Oceanography) at the University of Tasmania in Hobart, Australia. She has a BS in Oceanography from the State University of Rio de Janeiro, an MS in Remote Sensing from the National Institute of Space Research (INPE), a specialization in software development from the Brazilian Institute of Advanced Technology and a certification in Java programming.

Before starting her PhD, she worked for 10 years in the offshore oil & gas industry on problems connected to ocean circulation, mostly through the analysis of in situ and satellite observations.  Currently, she investigates the Red Sea circulation and forcing. She also devotes time to understanding recent changes (freshening) in Antarctic bottom waters observed in the abyssal Southern Indian Ocean. During her PhD, she studied the dynamics of the South Indian Ocean and the influence of salinity to set up its odd circulation pattern. Before she became interested in the Indian Ocean, she was an Atlantic Ocean-based person. Her MS thesis focused on the relationship between the primary productivity and the physical processes in the equatorial Atlantic. She has published papers focusing on the tropical and and South Atlantic ocean circulations, sea level variations, and air-sea interaction during the first hurricane ever recorded in the South Atlantic. 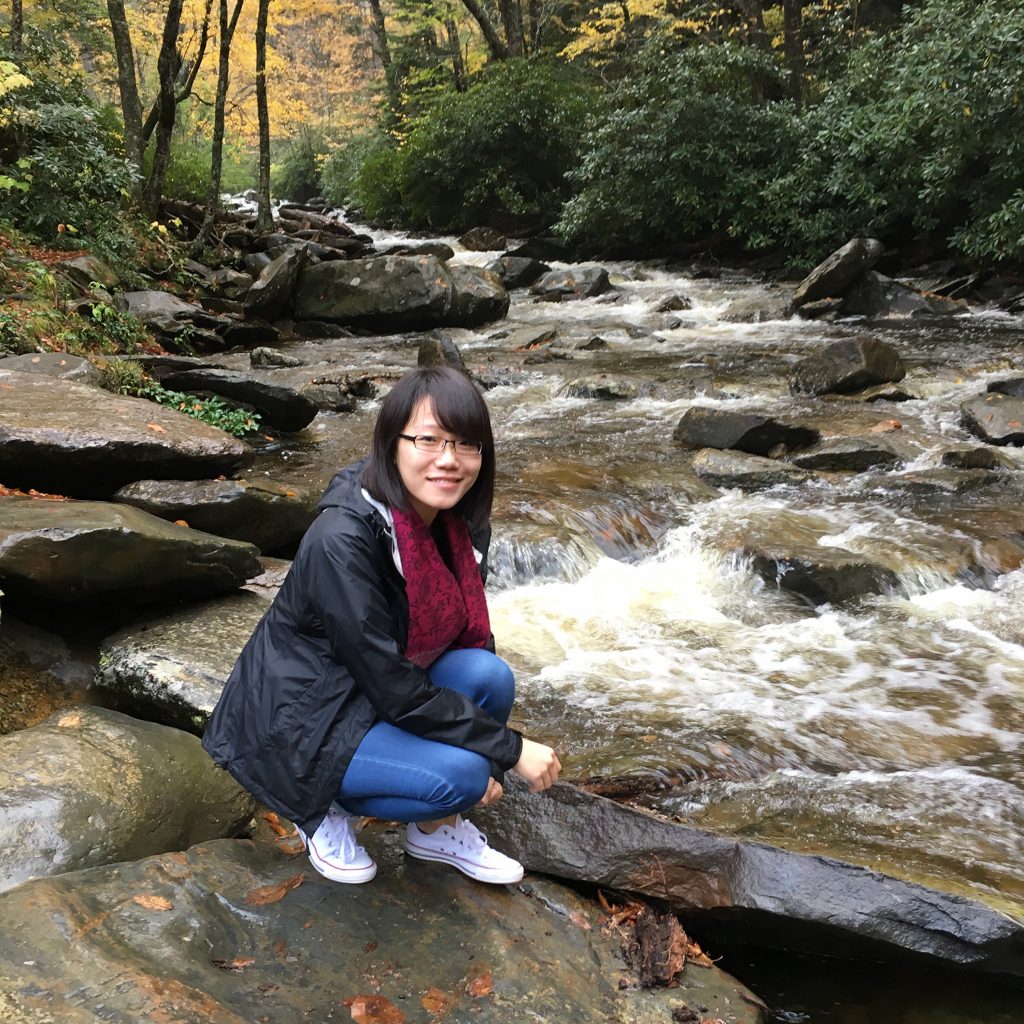 Sijia joined WHOI in July 2019 as a Postdoctoral Investigator. Her current research focus is on the deep submesoscale eddies around Greenland. She uses both Lagrangian observations and numerical simulation to analyze the characteristics of the eddies and examine their influence on the boundary current system in the western subpolar North Atlantic. She is also interested in the use of combined Lagrangian and Eulerian methods. She received her bachelor’s degree in Marine Sciences at Ocean University of China in 2013, and her Ph.D. in Physical Oceanography at Duke University in 2018. During her Ph.D., she studied the variability and driving mechanism of the Atlantic Meridional Overturning Circulation and the spreading pathways of the North Atlantic Deep Waters.

Andrée joined WHOI in 2010 and has been involved in processing, quality control, and analysis of both Eulerian and Lagrangian flow data in an effort to better understand ocean dynamics.  Currently, her focus is on mesoscale circulation in the subpolar North Atlantic and its relationship to the Atlantic Meridional Overturning Circulation.  She received her B.A. from the University of Colorado, her M.S. from Boston College, and worked for several years at USGS in Woods Hole before joining WHOI.

Thomas joined the Bower Lab research staff from his post-doctoral position at CICESE to work on the Deep Water Dispersion Experiment project. 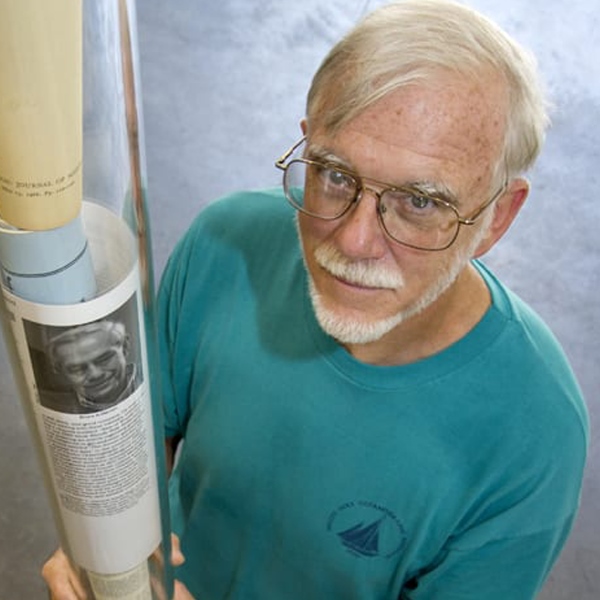 Jim has been a critical part of the Bower Lab for over 25 years. Before that, he was instrumental in the development of the predecessor  to the RAFOS float, the SOFAR (Sound Fixing and Ranging) float and its use at WHOI by Emeritus Scientists Breck Owens, Phil Richardson and Jim Price. His extensive knowledge in electronics and mechanical systems as been the foundation of the RAFOS float lab at WHOI, from building and tuning the sound sources used for float navigation, to float ballasting, design modifications and improvements. 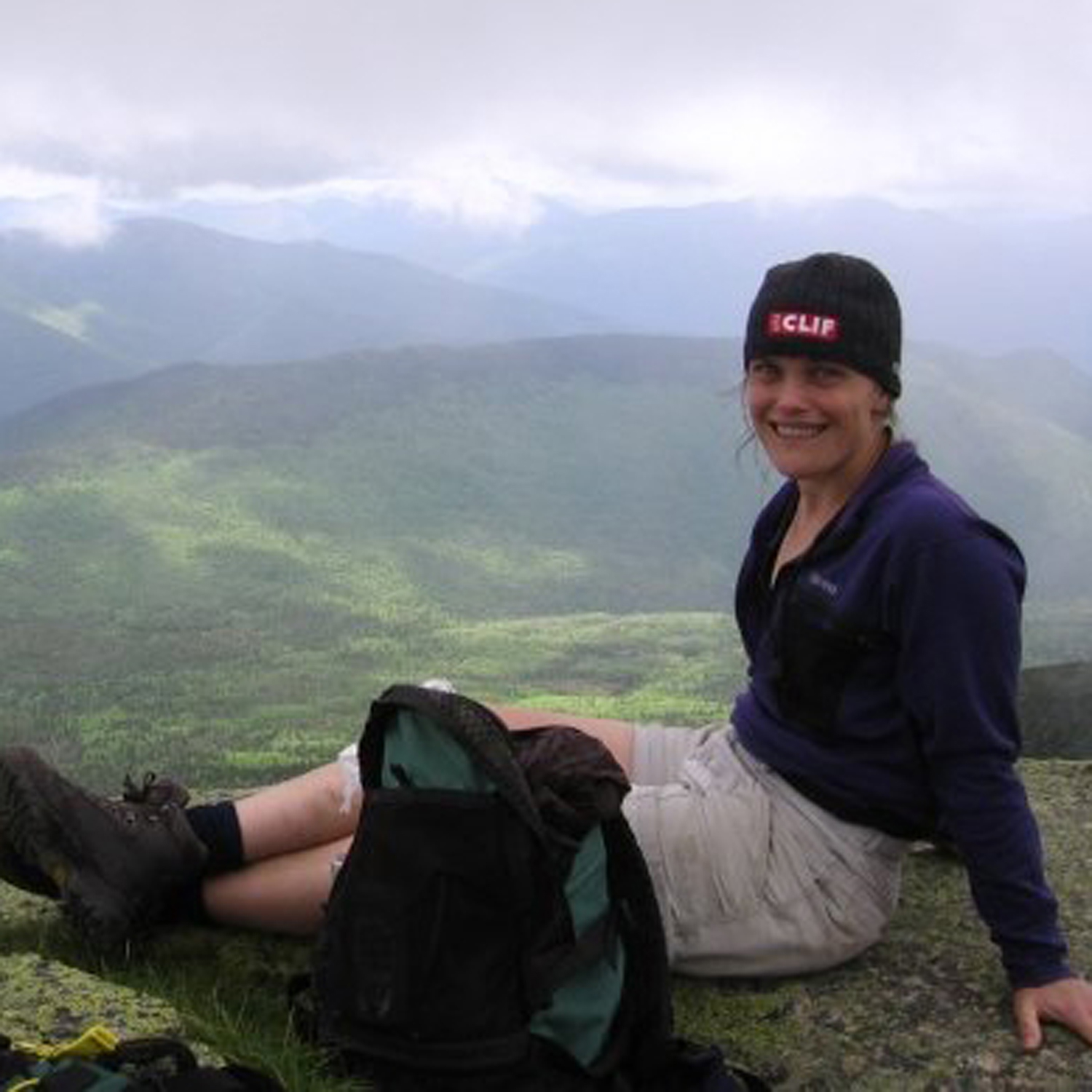 Heather joined WHOI in 1997, after completing an M. S. in Physical Oceanography from the University of Alaska Fairbanks.  She can be found deep in the thicket of project management, data processing, and analysis, or in the woods of at-sea fieldwork, proposal writing, and conferences. The challenge of concise and elegant visualization of scientific results is a joy. She also hold a Bachelors in Physics and Studio Art from Smith College. 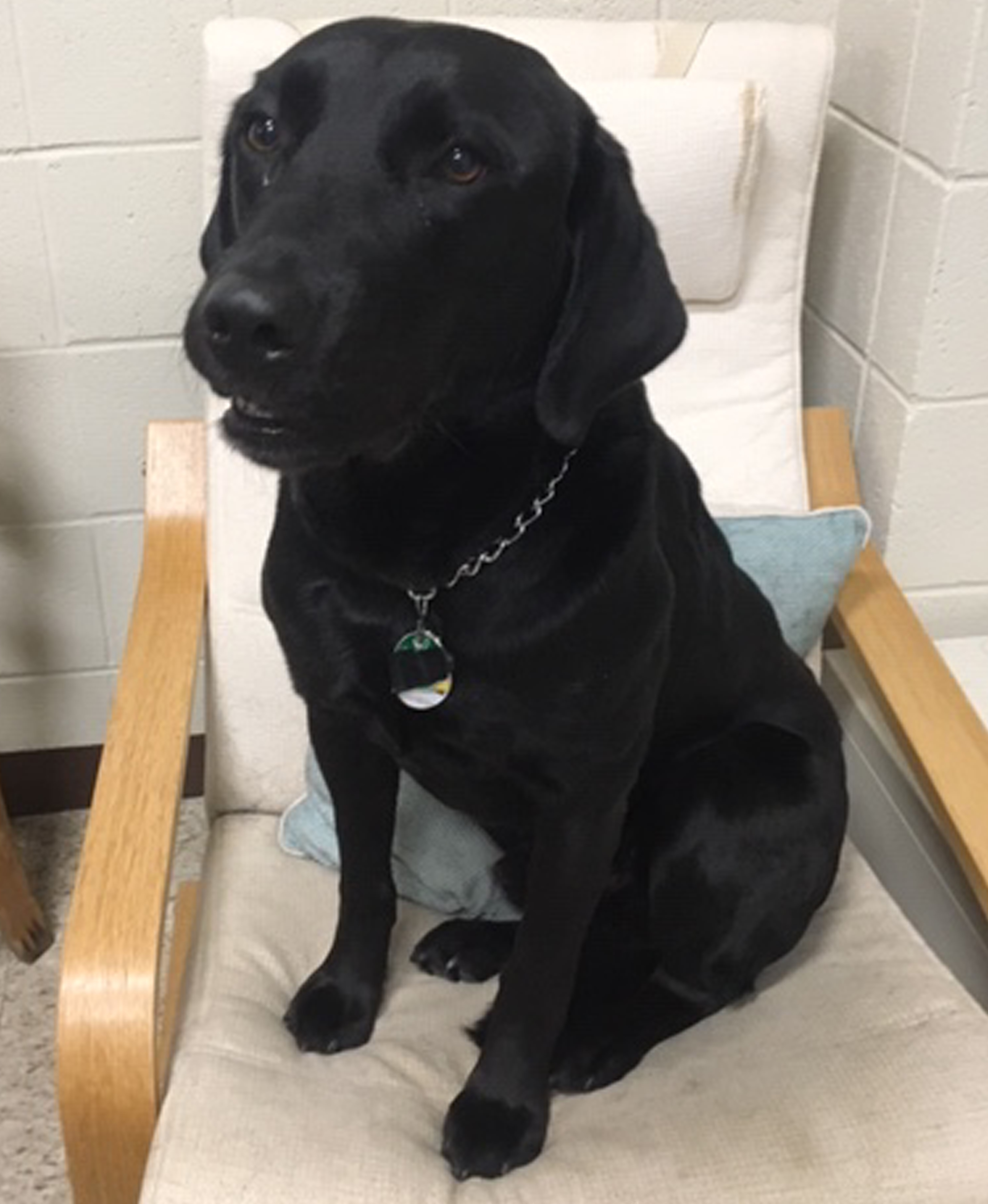 Intrepid is a true “lab” member. A labrador-golden retriever mix, he joined WHOI in 2017 and is a proud graduate of the Seeing Eye guide dog school in Morristown, NJ. Intrepid spends his days in deep thought on his favorite chair in Amy’s office and accompanying her wherever her busy days take her.