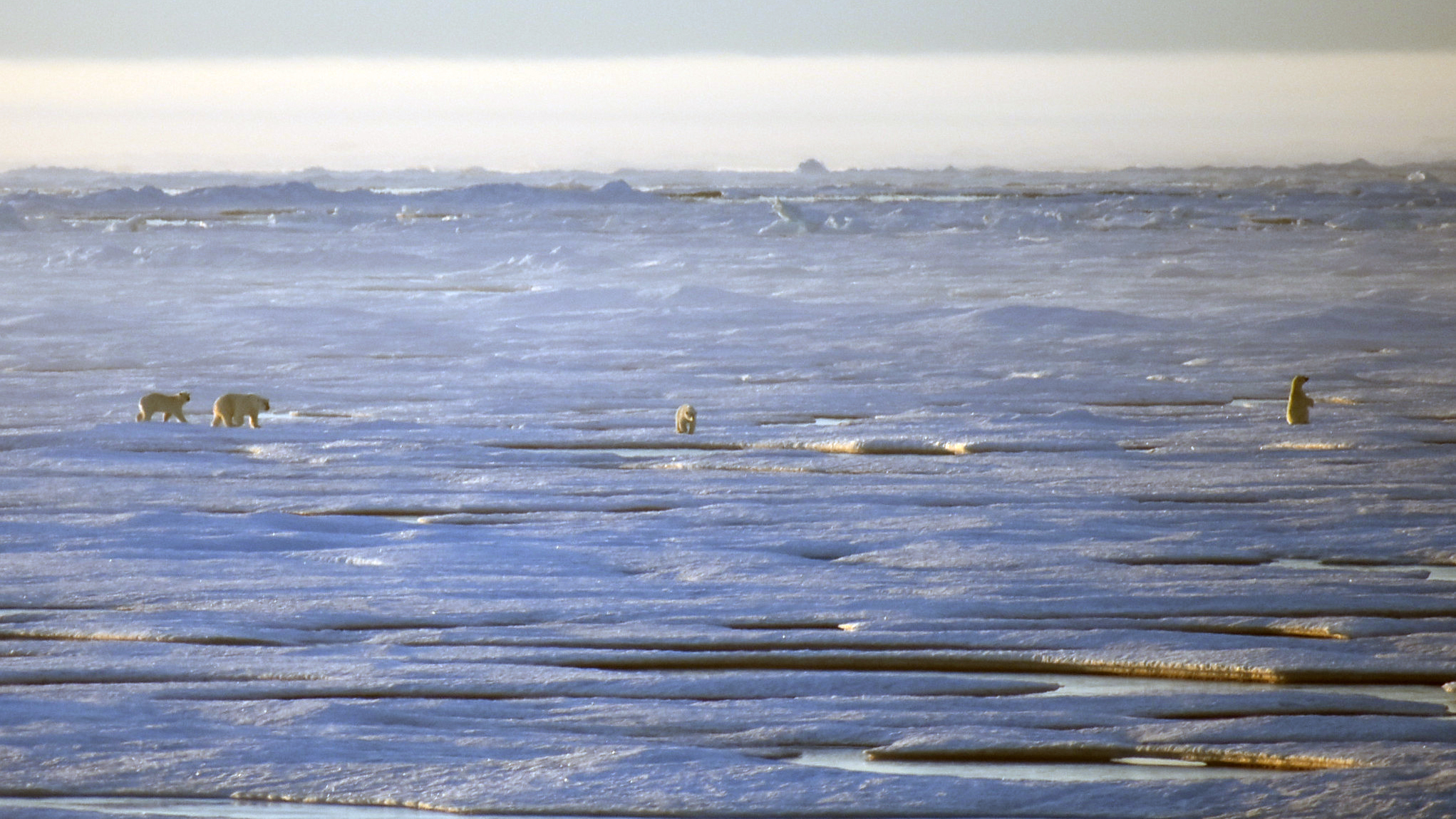 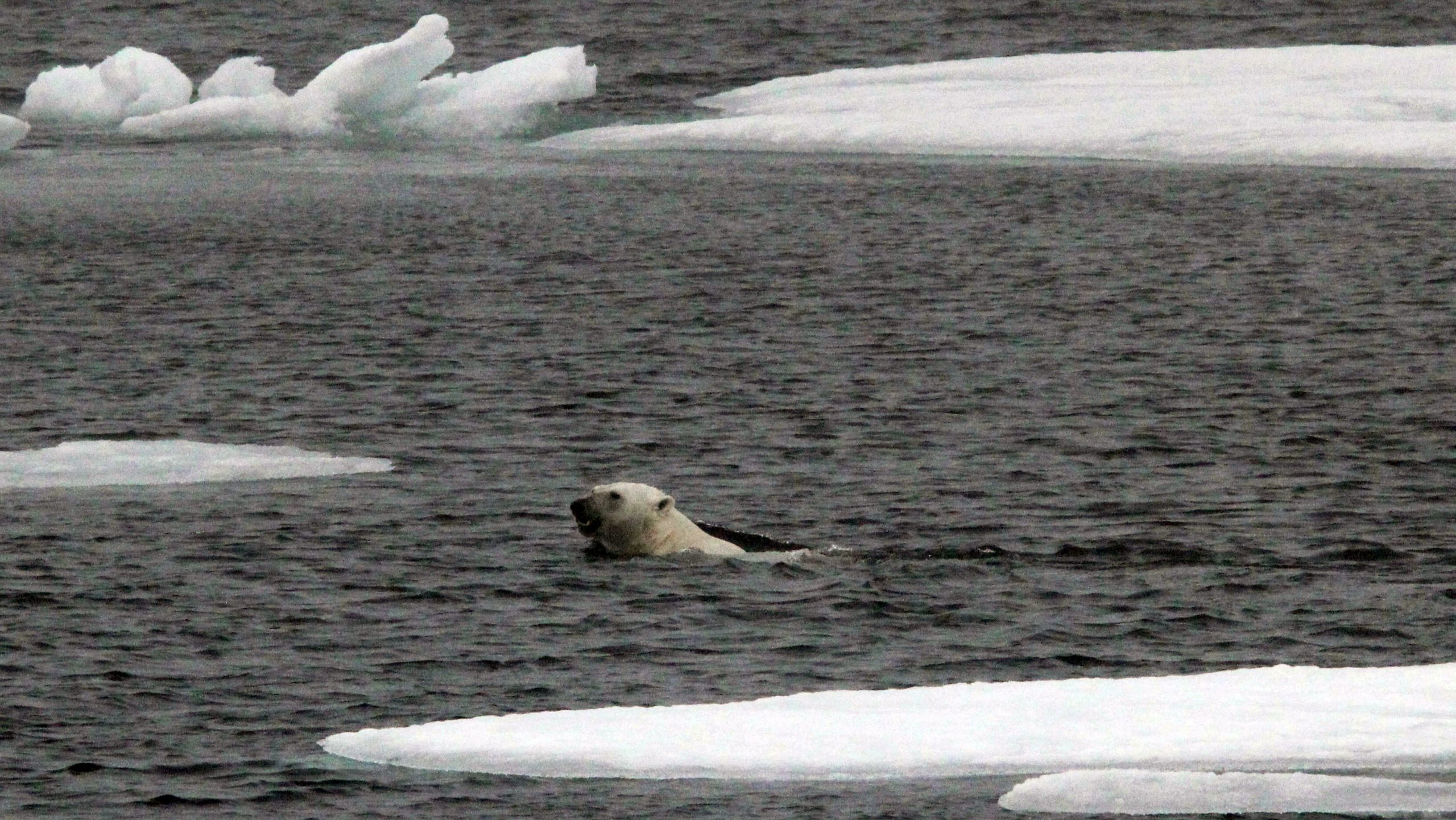 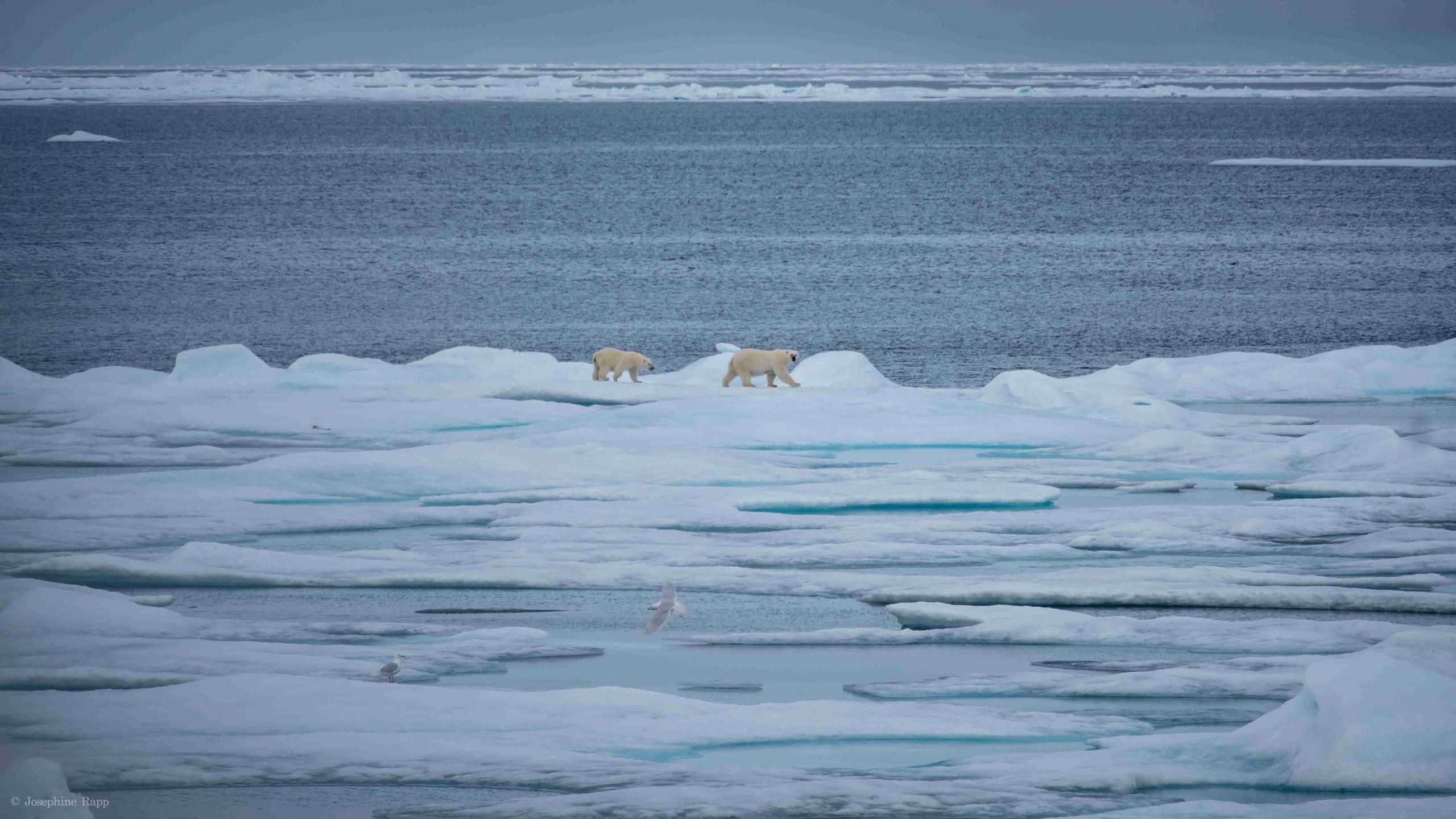 The sixth and seventh polar bears of the day. (Photo: Josephine Rapp) 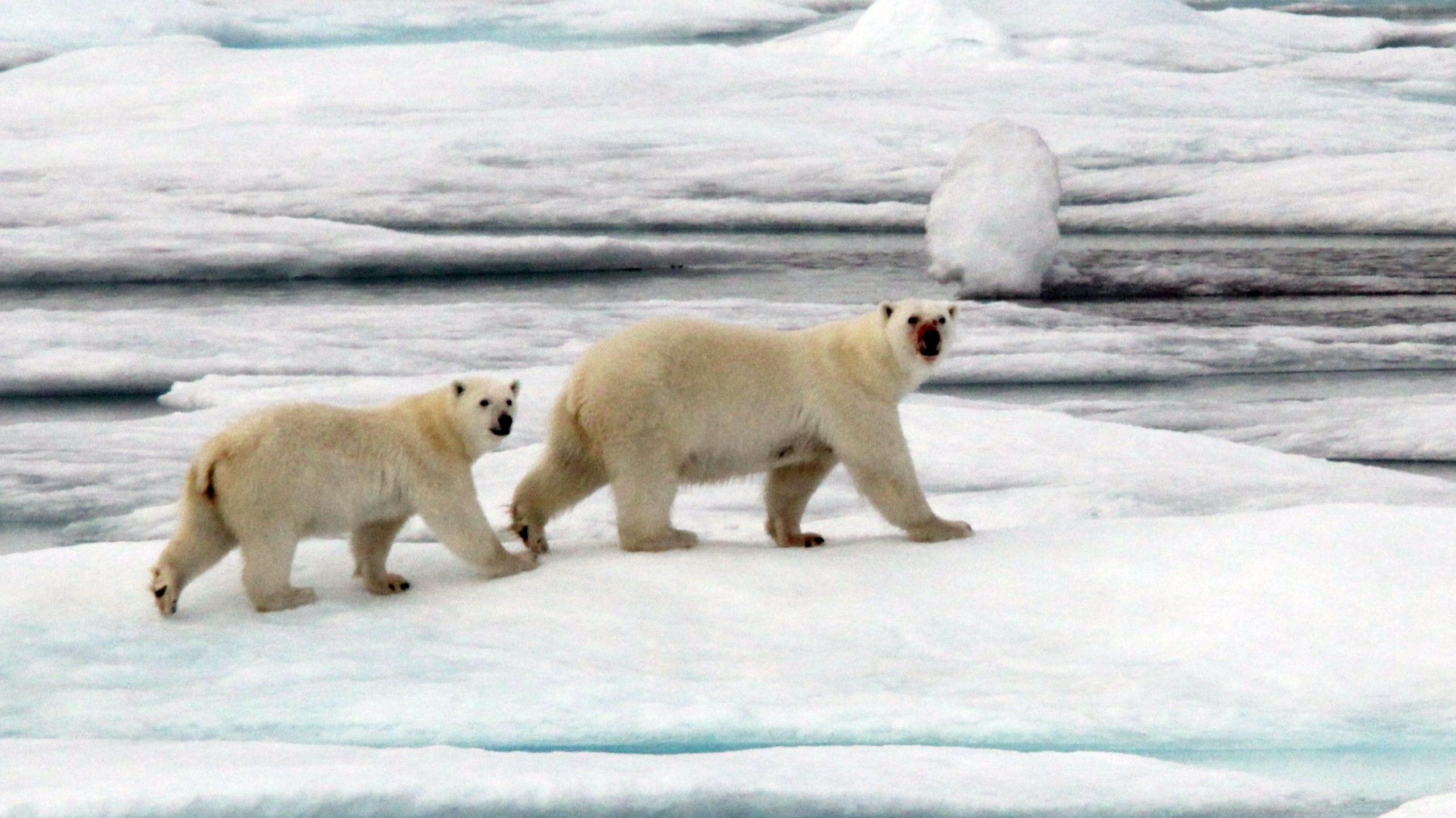 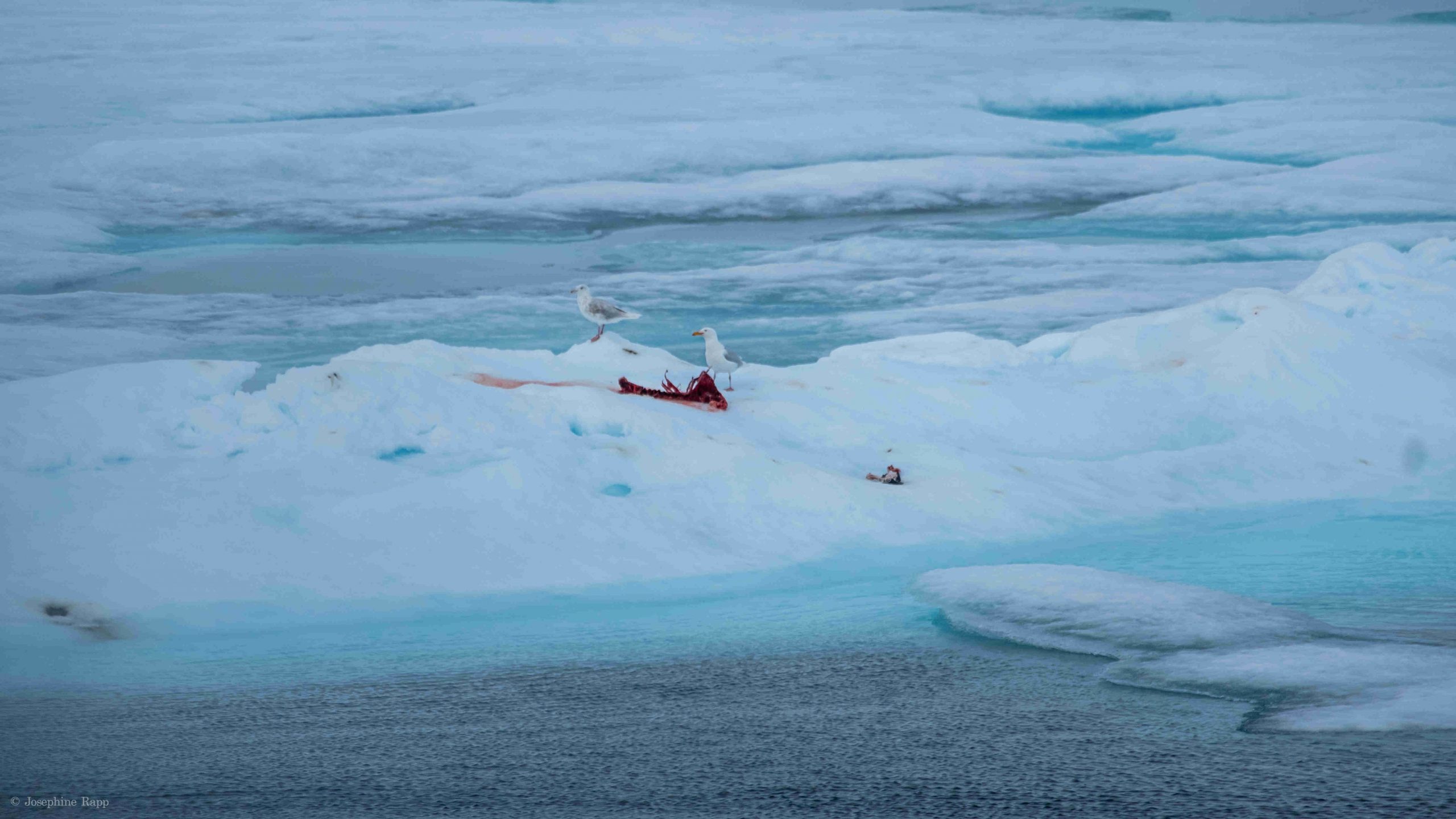 Sunday morning was off to a great start as the bridge announced our first major wildlife sighting at 6 a.m. Crewmembers and scientists quickly lined the outer decks, equipped with cameras, binoculars and varying amounts of warm layers. For many, the announcement pulled them directly out of bed, and jackets and hats were haphazardly pulled on while rushing outside. The polar bears moved along the ice in the distance, one rising up to its hind legs to tower over the others.

For those who missed the morning call, a second announcement in the afternoon sent everyone back to the starboard side. A fifth polar bear! Well camouflaged by the sea ice, this one quickly disappeared into the growing fog.

It felt like we barely sat back down when the next announcement came through. Two polar bears this time, feasting on their freshly caught dinner. The clicks of camera shutters and excited shouts of “There!” “Where?” “There!” filled the outer decks. The bears ambled away as we watched, occasionally looking back at the large red and white ship passing by. Seagulls quickly claimed the leftovers from their catch.

Next up we saw a whale, blowing fountains of Arctic water into the air. Some people also spotted a seal swimming beside the ship. The next polar bear was also swimming. Its head just barely poked out above the water.

By the end of the day, we saw eight polar bears, a couple of seals, many seagulls and a whale. Reports of belugas and porpoises rounded out the list. As the last sunlight faded from the horizon near midnight, we were back in open water, on our way to Station A, our next science stop.