A1 ("cm2011a1.dat") is the most recent climatological summary from humankind's history of current meter, as well as more recent profiler, observations. A1 identifies 18588 distinct "climatological points" on the basis of observations of duration greater than two weeks. In total the compilation spans 12,825 years of ocean current observations.

A1 combines results from 7593 points discussed in Holloway (2008) and 5814 points discussed in Scott et al. (2010). Both compilations have been further extended by their respective authors, in particular including the collection from Gregory (2004). Summaries at over 17,000 point were thus gathered. However this included extensive redundancies, "near redundancies", and partially overlapping observation periods. Data collected in adjacent years, sometimes continuously spanning several years, at the same location were collapsed to a single climatological point. In other cases where the same location was revisited after a span of several years or even decades, a separate "climatological point" was retained although these separated-in-time records could be collapsed for purpose of climatology. For climatological purposes, profiler records which can be quite dense in vertical were rebinned to a minimum of 20m, in some cases 50m, vertical separation.

Recently Darran Furnival has contributed from 5991 locations screened to avoid redundancy.  With further quality control effort this has led to the present collection at 18588 locations (in lat-long-depth) corresponding to 4477 sites (in lat-log).  Data sites are shown in Figs 1 and 2.

A1 ("cm2011a1.dat") here posted (in sidebar to right) includes only long term statistics such as temporal means and variances.  In many cases (points in blue in the figures) this is the only available information.  In many more cases (points in red in the figures), complete timeseries data is available.  Points where timeseries data are available can be identified by ID numbers in the ranges 20001 to 30000 and 50001 to 60000.  Persons with interest in such timeseries can contact Greg.Holloway@dfo-mpo.gc.ca

1. an ID code for locating the originating data source

6. number of months of deployment

Greg Holloway is employed by the Canadian Dept of Fisheries and Oceans. Rob Scott, employed by the University of Texas at Austin, acknowledges grants from the National Science Foundation and the King Abdullah University of Science and Technology.  Darran Furnival is employed at the National Oceanography Centre, Southampton, UK.  Very many more individuals have contributed as acknowledged in Holloway (2008) and in Scott et al. (2010).  We are deeply grateful to all contributors. 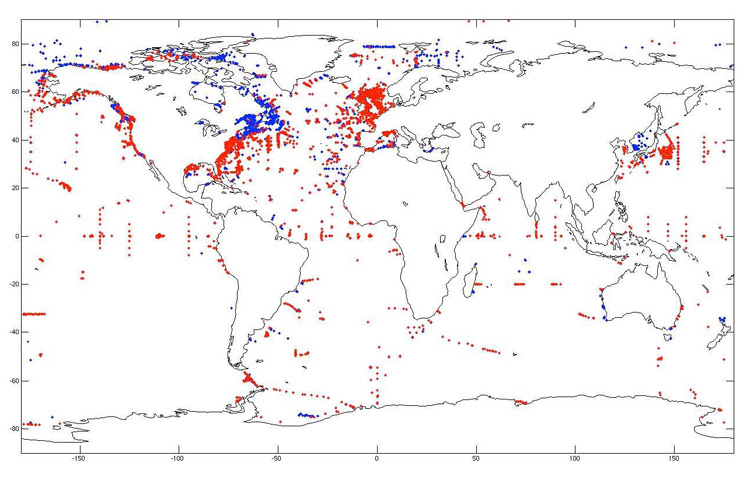 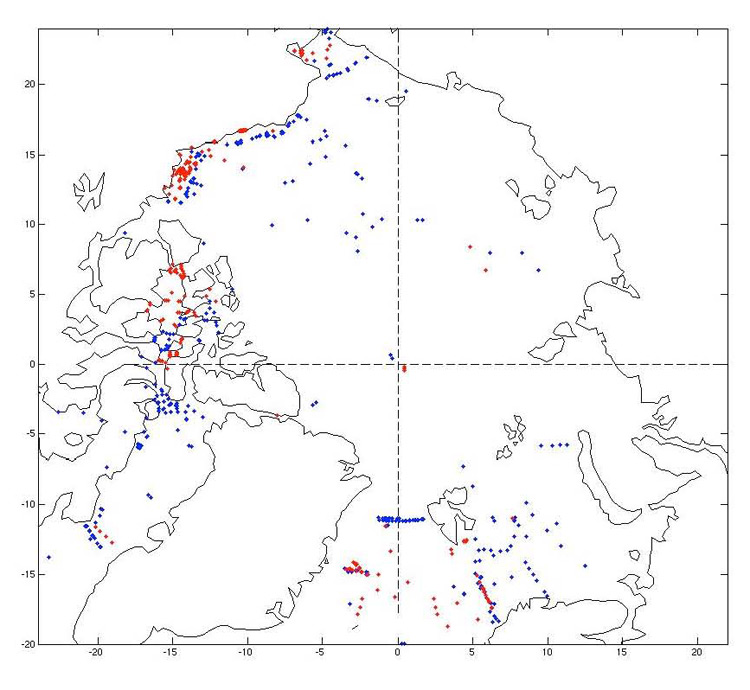 Figure 2. Distribution of A1 data sites in Arctic region.