The AOMIP Grid is defined over a geographic domain that includes the Arctic Ocean, the Bering Strait, the Canadian Arctic Archipelago, the Fram Strait and the Greenland, Iceland, and Norwegian Seas.

The horizontal coordinates are spherical and are rotated by the Euler Angles (-30, -90, 0) with respect to the true, geographical coordinates of the earth. This places the model north pole along the real earth’s equator at a longitude of 30 ºW. The AOMIP-Grid horizontal spacing is 0.5º in latitude and longitude. The AOMIP Grid extends to ± 30 º N and ± 30 º E, and fully covers the geographic domain described above. All AOMIP models compute their basic prognostic quantities on staggered horizontal grids. The AOMIP grid, however, requires that all prognostic quantities be reported at collocated points. This arrangement is often referred to as the A-Grid (Arakawa, 1966). 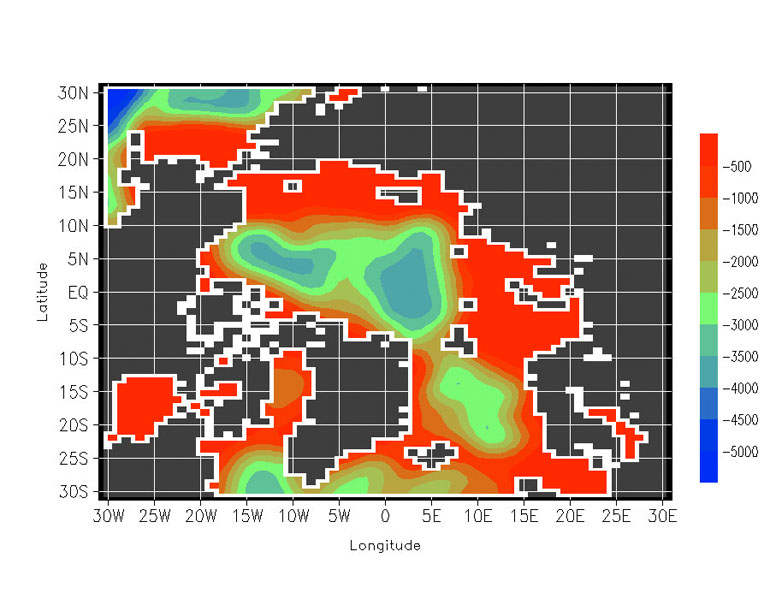 The AOMIP Grid is defined over a geographic domain that includes the Arctic Ocean, the Bering Strait, the Canadian Arctic Archipelago, the Fram Strait and the Greenland, Iceland, and Norwegian Seas. 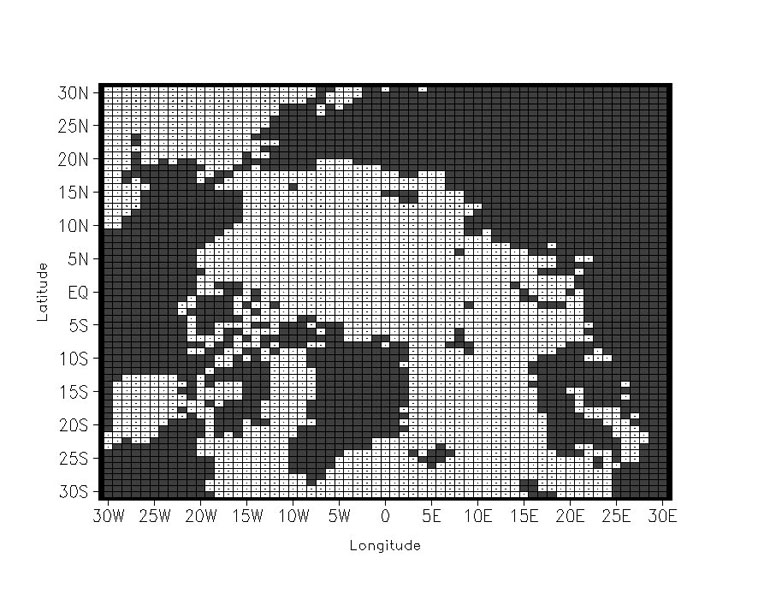 The AOMIP Grid extends to ± 30 º N and ± 30 º E, and fully covers the geographic domain described above.

In AOMIP there exists three distinct coordinate systems: (i) the true, geographic coordinates of the earth, (ii) the native (possibly rotated) coordinates of an AOMIP model, and, (iii) the AOMIP-grid (rotated) coordinates. Depending on the particular AOMIP model, some of these coordinates may be coincidental, but in general this will not be so. From the practical standpoint of getting AOMIP native-grid model output onto the common AOMIP grid, we describe an algorithm to remap scalar and vector fields from the one coordinate system to the other. The algorithm is a combination of rotations and interpolations. The interpolations are not discussed.

Any two independent orthonormal coordinate frames can be related by a sequence of rotations (not more than three) about coordinate axes, where no two successive rotations may be about the same axis.

The restriction that successive axes of rotation be distinct permits exactly twelve Euler-Angle Sequences (for a three-dimensional space). That is to say any model native-grid can be brought to the AOMIP-grid in any of a dozen ways. For the moment, let us contemplate rotating in three-dimensional cartesian coordinates, that is reference frames made up of orthonormal coordinate axes X, Y, and Z. Native model output is generally in spherical coordinates, and not cartesian, and this point of detail and is addressed below.

To achieve an Euler Angle Sequence, we need to know what sequence of axes we are going to rotate about and what magnitude of angle we will rotate for each of the three axes. These angle have nomenclature of alpha, beta, and gamma, for the first, second, and third rotations, respectively. Of all the possible rotation sequences, we pick the sequence known as "ZYZ". This means we rotate about the initial Z axis by angle alpha, then the new rotated Y axis by the angle beta, and then finally the new rotated Z axis by the angle gamma. 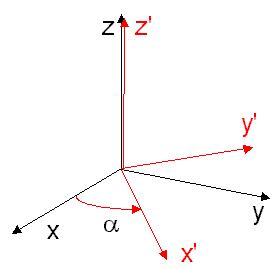 through a positive (counter clockwise) angle alpha to arrive in the frame S' having cartesian axes X', Y', and Z'. Next we rotate 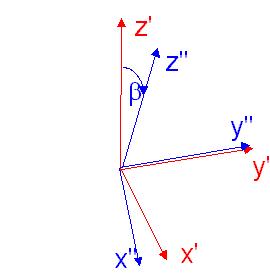 by a positive angle beta around the Y' axis and we arrive in the frame S'', having cartesian axes X'', Y'', and Z''. Finally, we rotate 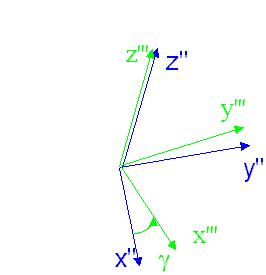 The inverse of this matrix can be used to reverse the transformation, that is, to go from the AOMIP-Grid to the native-grid.

Fortran-90 code fragments are provided to assist with the coordinate transformations from spherical to cartesian, the coordinate rotations by Euler Angles, and the inverse of these operations.

Up to this point the discussion has focused on how to transform and rotate a scalar field, but not a vector field, such as ocean currents. A vector field is processed in a two-step procedure. First, each of the vector components (i.e., which are just scalar quantities) are transformed and rotated just as is any other scalar field. This procedure results in a vector-field being transformed and rotated from a model native-grid to the AOMIP-grid with the correct magnitude but with the wrong orientation. The orientation is corrected by taking a unit vector and processing it through the Euler Angle Sequence. A Fortran-90 code fragment is provided to assist with vector rotation.