Knowledge of environmental changes in the Beaufort Gyre (BG) region of the Arctic Ocean and their consequences advances our understanding of mechanisms and the historical variability of the Arctic climate and makes possible predictions of future climate change scenarios. By 2015, thirteen years of observations, supported by the national Science Foundation, Woods Hole Oceanographic Institution and the Department of Fisheries and Oceans, Canada, have been obtained in the BG region. Hydrographic surveys of the BG region, year-round mooring observations and data from Ice-Tethered profilers are used to analyze the freshwater content, driving forces, sources and sinks of fresh water in the region (Figure 1). 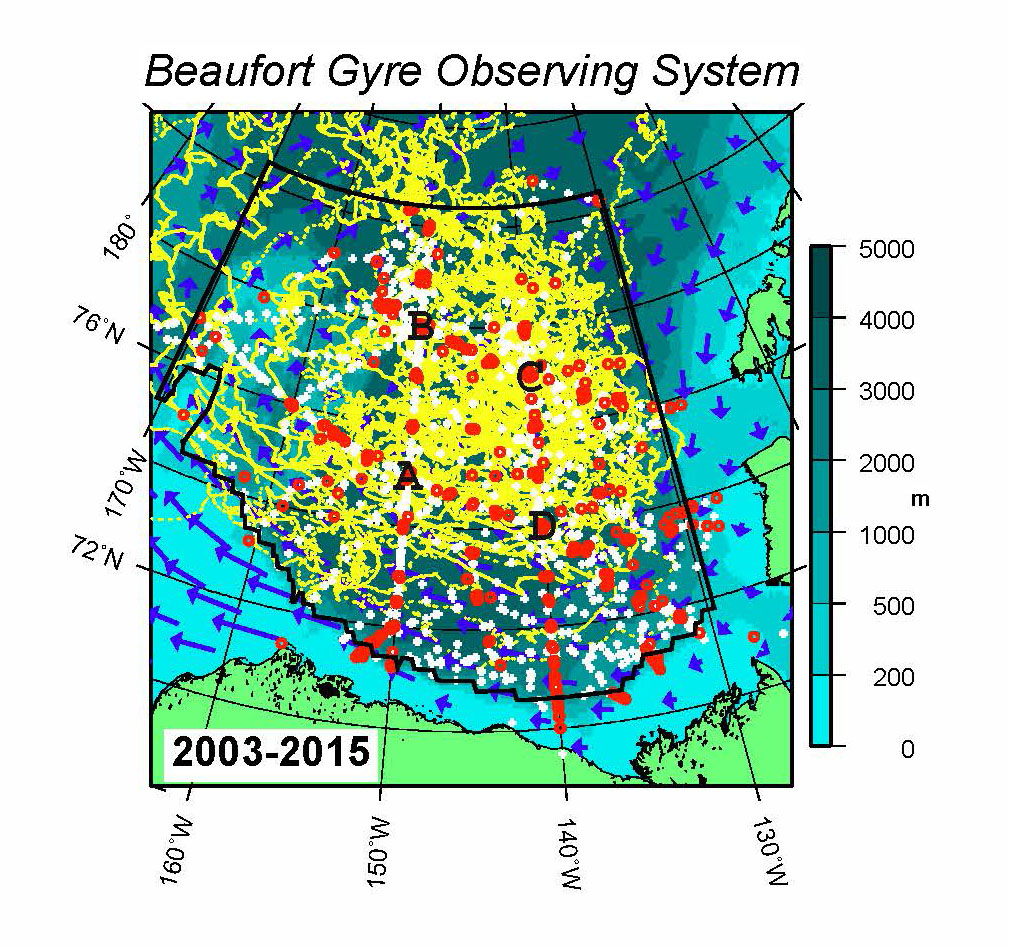 Figure 1 Observational coverage of the BG region by CTD (782 profiles; large red circles), XCTD (919 profiles; white crosses), ITP trajectories (yellow lines showing 37 ITPs) and moorings (A, B, C, D) in 2003-2015. Black line bounds eastern, western, and northern boundaries of the BG region where calculations of freshwater content were conducted for this paper. Note that the isobath 300m is used as the southern boundary for this region. Bathymetry is shown in colors and blue arrows depict climatologic annual ice drift in this region. 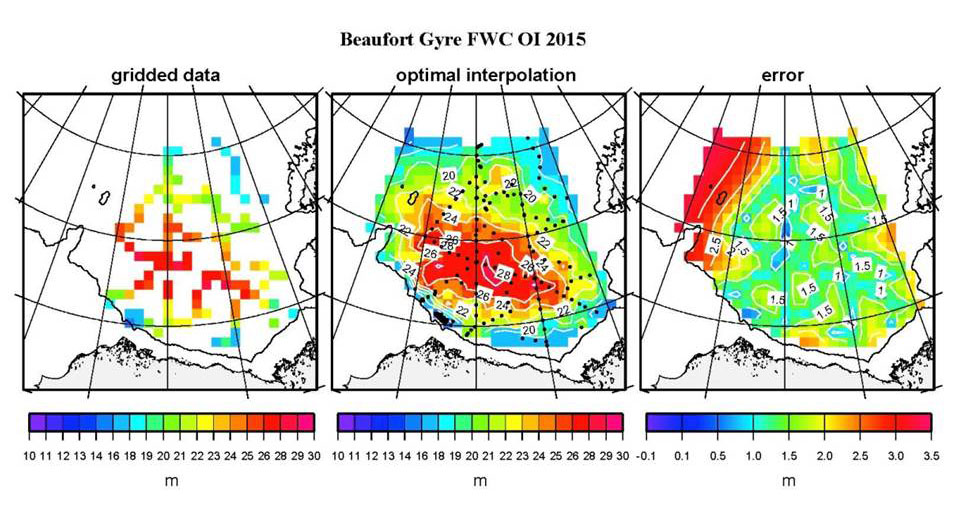 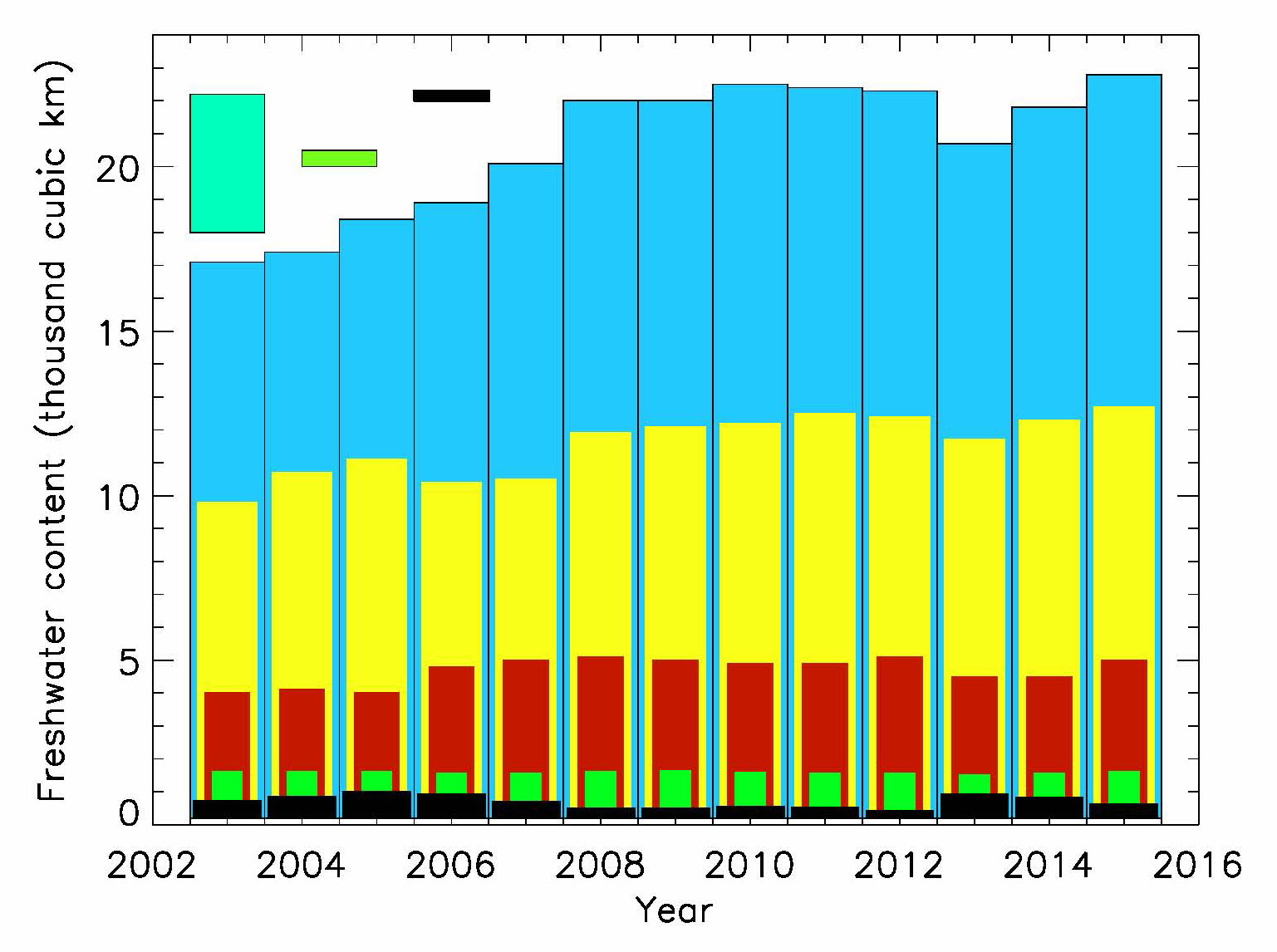