Yamamoto-Kawai et al. (2008) developed a method to quantify the mixing ratio of Atlantic Water, (ATW), Pacific Water (PW), meteoric water (MW) and sea ice melt water (SIM) in the Canada Basin. Their approach combines the method of Jones et al. [1998], who found that Pacific and Atlantic waters have different nitrate-phosphate relationships and this difference can be used to estimate the mixing ratio of ATW and PW, and the mass balance equations for S and δO18 to estimate MW and SIM contributions. Using nutrient data from the Chukchi shelf/slope region and the Canada Basin, Yamamoto-Kawai et al. (2008) revised the equation defining Pacific Water. They found that mixing of ATW and PW occurs only in waters with S > 33 in the Canada Basin. Therefore fractions of source water components can be estimated in the Canada Basin using S and δO18 for waters with S ≤ 33, and using S, δO18 and nutrients for S > 33 waters. The estimates of the FW fractions (FW composition) are shown in Figure 1. 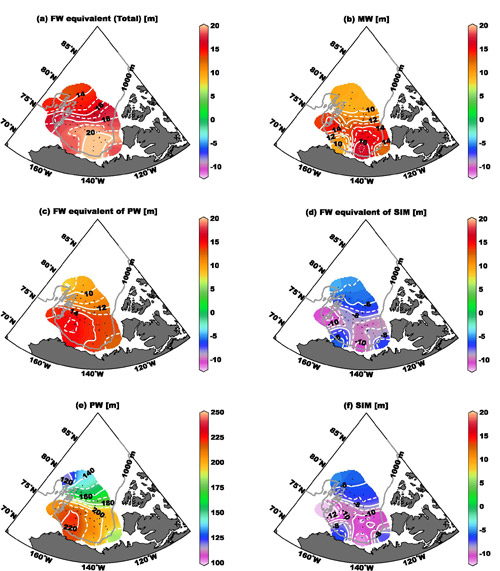 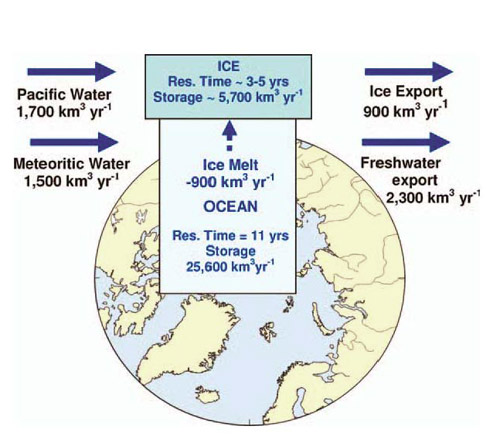